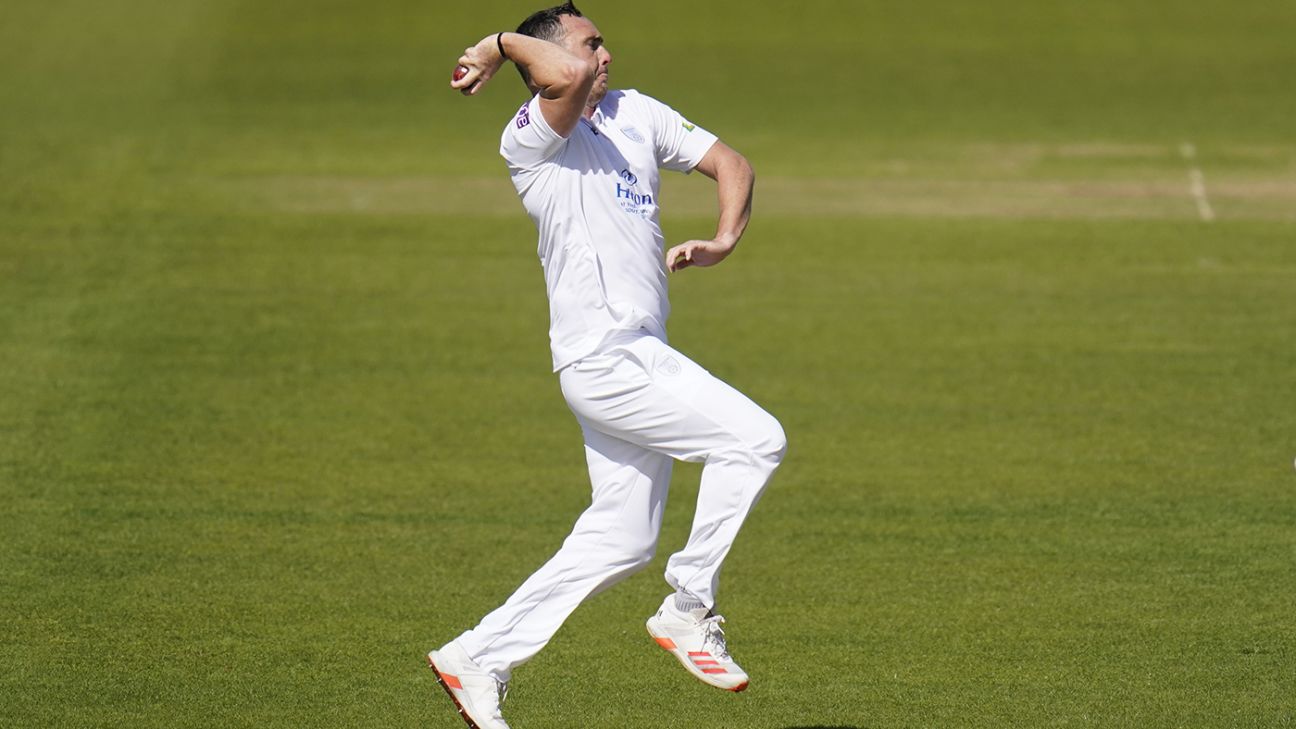 Hampshire routed Kent by an innings and 51 runs in their LV= Insurance County Championship match at Canterbury, after dismissing the hosts for 296 in their second innings on day four. Kyle Abbott took 5 for 29, mopping up Kent’s tail with three wickets from four balls, while Felix Organ spun his way to 3 for 63 as the visitors secured a maximum 24 points, while Kent managed just four.

Ben Compton and Jordan Cox had given Kent hope of a draw after batting through the morning session on day four, but they were out for 89 and 64 respectively after lunch. Cox’s dismissal was particularly contentious as he was given caught off a delivery that seemed to hit his thigh, but having been outplayed for most of the match Kent could have few complaints about the final result.

Home hopes of avoiding a second consecutive defeat seemed to hinge largely on Division One’s leading run scorer Compton, who had come within maybe 40 minutes of getting them out of a far tighter situation against Lancashire the previous Sunday.

He had scored 37 of the hosts’ overnight tally of 78 for 3, but they were still 269 behind when play resumed. Mohammad Abbas found his edge when he was on 49, but the chance didn’t carry and he took a single from the next ball to reach his half-century.

Cox, on 3 overnight, played and missed at Barker when on 13 and a googly from Mason Crane somehow eluded his stumps and went for four byes, but otherwise he offered few chances and at lunch Kent were 161 for 3, with the visiting bowlers getting increasingly frustrated.

Keith Barker broke through 15 minutes into the afternoon session when Compton was given out caught behind to a leg side delivery. Whether it was out of disappointment or anger, Compton was shaking his head as he trudged back to the pavilion and Ollie Robinson was out for 9 in the next over. The skipper hit Organ for boundaries off the first two balls but edged the third to Ben Brown.

By now Organ was extracting some serious turn, but Darren Stevens brought up 200 for Kent when he swiped him for six and Cox hit Abbas through cow corner to pass fifty for the second time in the match.

Stevens should have been out when he hit a rank full toss from Mason Crane straight to Liam Dawson, but the fielder spilled the catch. The game’s most controversial moment came when Cox was given out, caught at short leg by Joe Weatherley off Organ, to a ball that replays showed had initially hit him halfway up the thigh. Abbas then accounted for Matt Milnes, who misjudged a pull shot and was caught by Weatherley for 13.

Hamid Qadri joined Stevens and survived till tea, at which point Kent were 287 for 7, but he fell to the third ball after the restart, edging Abbott behind for 11. Abbott’s next ball removed Nathan Gilchrist for a golden duck, caught by Weatherley at short leg. Jackson Bird hit Abbott’s hat-trick ball for four but he was lbw to the next delivery, leaving Stevens unbeaten on 41 as Hampshire celebrated raucously on the pitch.