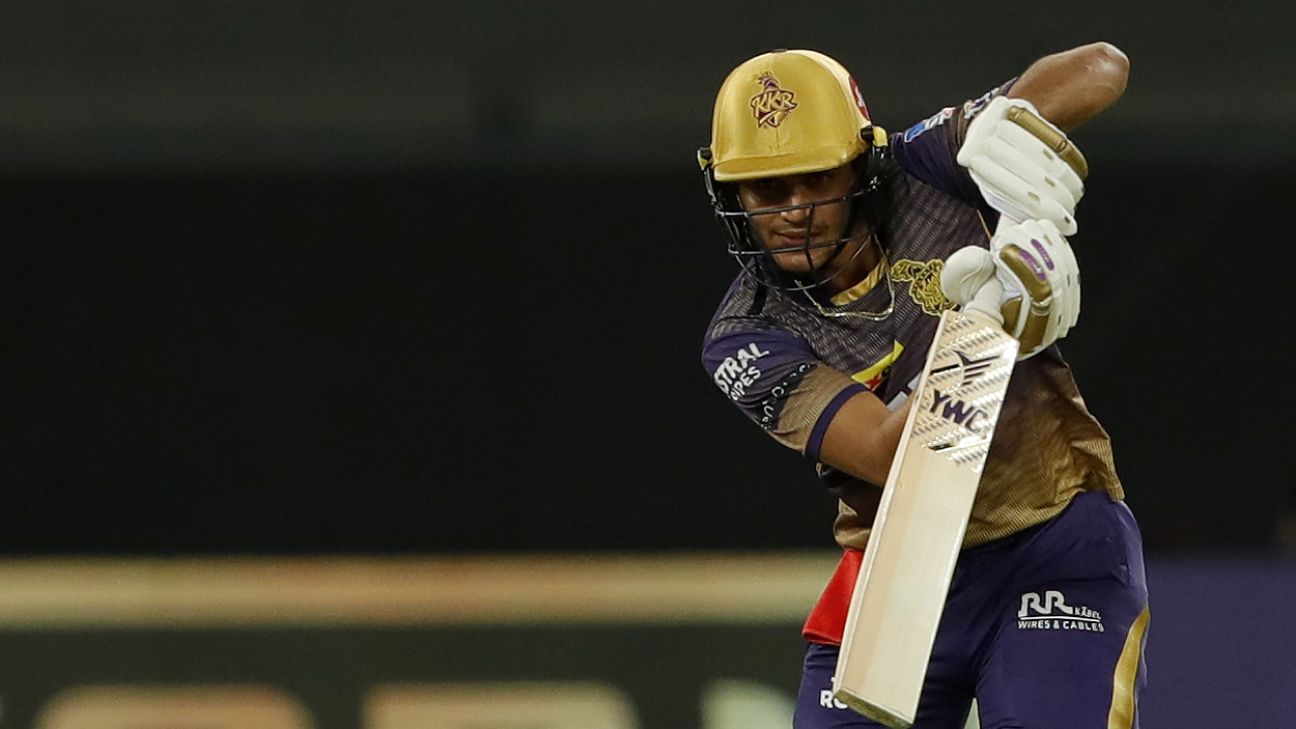 Rajasthan Royals, however, could rain down on their parade in Thursday’s clash in Sharjah

Kolkata Knight Riders have been left to decide their own fate. They don’t have to worry about complex calculations just yet. During their three-day break, they saw Rajasthan Royals and Punjab Kings fall out of the playoffs race. They only have Mumbai Indians in their way now, tied on 12 points with them. But Knight Riders have a much better net run rate, so all they need to do is to beat Royals on Thursday. And once they’ve done that, they should hope Mumbai don’t pull off a big win – like they did against Royals on Tuesday – against Sunrisers Hyderabad.

Royals kissed their playoffs chance goodbye after folding for 90 in an eight-wicket defeat on Tuesday, two days after a big win against then table-toppers Chennai Super Kings. It’s their inconsistencies that have cost them big this season. They don’t have much to gain or lose from this game, but they do have the chance to jeopardise Knight Riders’ chances, which could keep the playoffs race alive till the final group game on Friday – in that case, Knight Riders will be forced to take their calculators out.

Knight Riders boosted their playoffs chances with a close win against Sunrisers. Their bowling was clinical, and Shubman Gill made some crucial runs at the top of the order. But they struggled till the final over to chase a meagre score of 115 in Dubai. They will need a more collective effort from their batters. More importantly, they will want their captain Eoin Morgan to be among the runs. They have been in a similar situation in the last two seasons as well – losing crucial games, waiting for results to go their way and eventually finishing fifth. They would be looking to break the spell. And it’s all in their hands this time.

If you’re in the USA, sign up for ESPN+ and watch Knight Riders vs Royals in English or in Hindi.

Good news for Knight Riders: Andre Russell and Lockie Ferguson, who missed the last few games, could be back. Though there’s no official word on their availability yet, the duo turned up in the nets on Wednesday. If they’re available, Shakib Al Hasan and Tim Southee will have to sit out.

Evin Lewis got a look-in from the physio after he was hit in the leg while batting in the middle. He has been a force for Royals at the top of the order so they would be hoping it isn’t anything serious.

Lewis has been in great touch with the bat this season: 151 runs in five games at a strike rate of 162.36. Knight Riders could be specifically looking to bowl his West Indies team-mate and fellow Trinidadian, Sunil Narine, when he’s at the crease. Narine has the upper hand in this match-up: in T20s, he has dismissed Lewis six times in 14 encounters, and the latter strikes at just about 84 against him.

Sruthi Ravindranath is a sub-editor at ESPNcricinfo