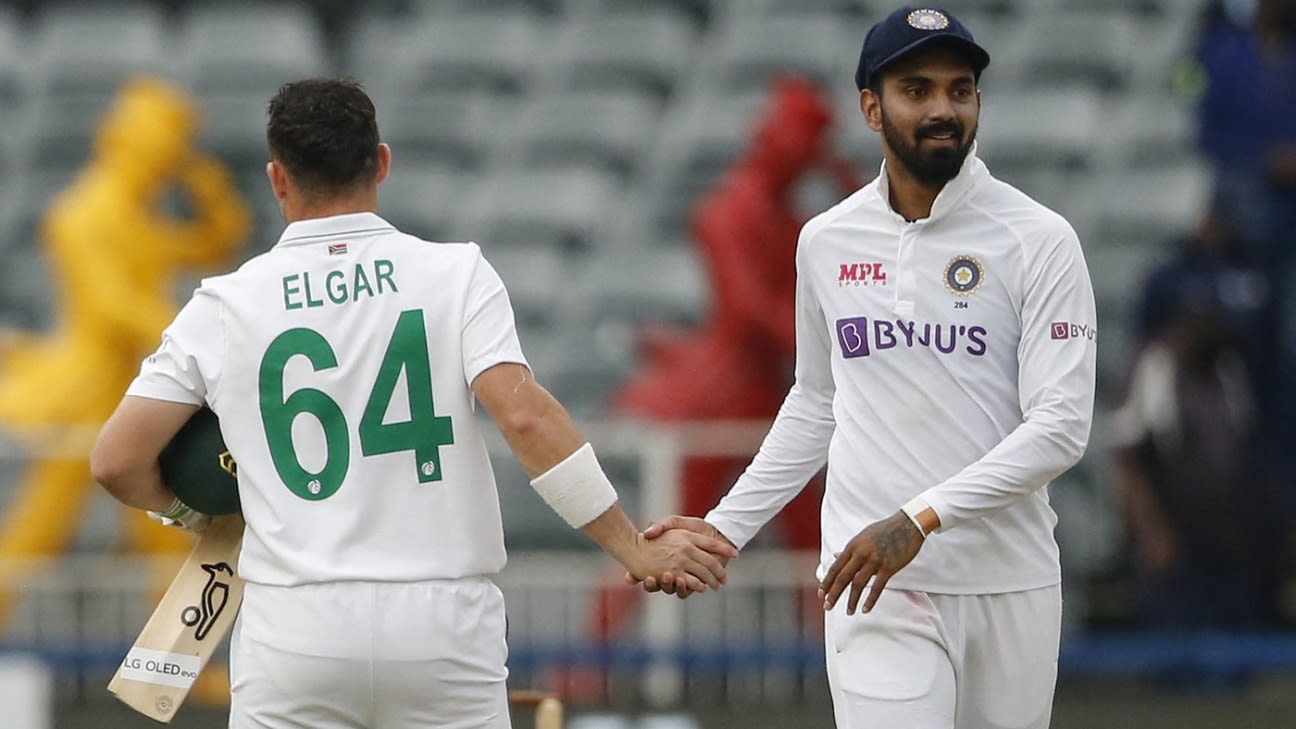 India’s stand-in captain KL Rahul thinks a below-par showing in the first innings at the Wanderers cost his team the second Test. Speaking after South Africa completed a seven-wicket win, he said he felt they had fallen 60 to 70 short in that innings.

“I think if I have to be really harsh, it’s the first innings, after winning the toss we could have put 60 or 70 more on the board and gone in [to the second innings] with 50-60 lead,” Rahul said at the post-match presentation. “That would have been really crucial for us in the second innings.”

Apart from Rahul, no batter managed to get to 50 in that innings, with the second-best score coming from No. 7, R Ashwin, who hit a counter-attacking 46 to lift the side to 202. The track was not the friendliest towards the batters, with a bit of spongy bounce from the outset, but that total was the lowest of the match. South Africa went on to take a 27-run lead, before India put on 266 to set South Africa 240. A gutsy Dean Elgar then guided his side home, taking plenty of body blows on a deteriorating track on his way to an unbeaten 96.
India had a wobble the second time around too, going from 155 for 2 to 184 for 6, before Shardul Thakur hit a vital cameo to follow up bowling figures of 7 for 61, the best Test figures for an India bowler against South Africa. Rahul was all praise for Thakur. “Shardul has had a great Test match. In the few Test matches he’s played, he’s really created that sort of impact and won us games. Really happy with the way he’s bowled and with the contribution that he had with the bat as well, it was really crucial for us and gave us a chance to win the Test.”
Before Thakur, Cheteshwar Pujara and Ajinkya Rahane did the bulk of the work in India’s second innings, hitting brisk half-centuries in a stand of 111 for the third wicket. This at a time when the pair’s place in the side was being repeatedly questioned due to a slump in form. The team’s official stance, however, has always been to back both batters publicly, and Rahul was no different. “They’ve been great players for us, they’ve done the job for the team over the years. They’ve obviously been under the pump a little bit but in the team we really believe Pujara and Ajinkya are our best middle-order batsmen and they prove that time and again,” he said. “So we really had their backs, and to go out there and put up a performance like that, it really shows the mindset they are in and the fighters they are. We always knew they could do something like that.

“Hopefully that gives them a lot of confidence and they can do out in the next game and put in an even better performance.”

Rahul also said that regular Test captain Virat Kohli, who missed this game with back spasms, should be back for the final Test in Cape Town. “Virat is feeling better already, he’s been in the nets last couple of day and he’s been fielding and running around on the field, I think he should be fine,” he said.

There remains a question mark over pacer Mohammed Siraj, though, who went down in this Test with hamstring trouble and could bowl only 15.5 overs out of the 147.2 India sent down. “Siraj, we’ll have to monitor him over the next couple of days,” Rahul said. “He’s been feeling better with each day, he’s starting to get more and more confident with his bowling, especially with what happened on the field with his hamstring, it’s not easy to come back from that and go 100% straightaway.”

If Siraj is not fit, India have the experienced Ishant Sharma and Umesh Yadav available for the Cape Town match. The decider starts on January 11.