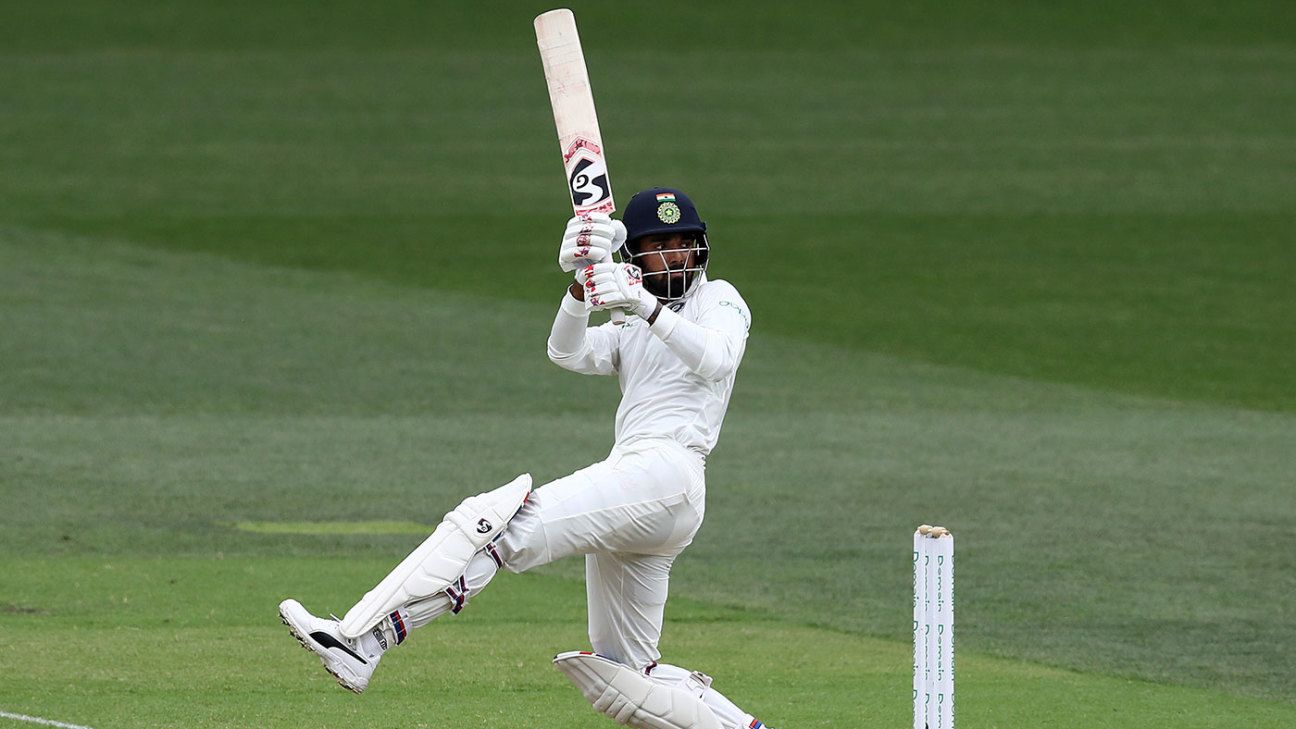 KL Rahul made his case for a Test return with a polished century on the first day of India’s warm-up fixture against County Select XI in Chester-le-Street. Rahul shook off the rust in what was his first red-ball game since March 2020 and first appearance in any format since undergoing a surgery for acute appendicitis in May earlier this year.
Rahul entered at 107 for 4 in the afternoon session and didn’t budge until he was asked to retire out on 101 in the last session. He forged a 127-run fifth-wicket partnership with Ravindra Jadeja, whose 75 was also central to the Indians’ recovery.

In the early exchanges, when the bounce was variable and the County XI attack was threatening Rahul played close to his body and with soft hands.

Then he grew more fluent. When Warwickshire seamer Craig Miles cramped him with a short delivery that darted in from outside off, Rahul still managed to get on top of the ball and glide it past gully for four. Then, when Miles overcorrected his length, Rahul confidently planted his front foot forward and eased him straight down the ground for four. Rahul also got on top of Avesh Khan who, along with allrounder Washington Sundar was turning out for County Select XI after James Bracey, identified as a contact of a Covid-positive case, and Zak Chappell, out injured, were pulled out of the squad. This game retains first-class status despite the last-minute personnel shuffle.

Khan left the field during his third over after lunch after hurting his thumb intercepting a drive from Hanuma Vihari. Rahul, however, went on to bring up his fifty off 75 balls, with Jadeja happy to ride in his slipstream.

Rahul disrupted the spinners by taking regular trips down the pitch. Liam Patterson-White was belted over mid-off while Jack Carson was hoisted over midwicket. He marched into the nineties with another down-the-track biff off Carson and reached the century off 149 balls with a whipped four off Patterson-White’s dart-it-in left-arm fingerspin.

With captain Virat Kohli and his deputy Ajinkya Rahane being fitness concerns for India, and with Mayank Agarwal still being skittish against the moving ball, Rahul’s serene approach against a decent attack comes as an encouraging sign for the team management ahead of the Test series opener against England at Trent Bridge on August 4.

After Rahul retired out, Jadeja got to a fifty of his own and just when he seemed ready to step up into a higher gear, he holed out to deep backward square leg off the second new ball. The Indians lost their last four wickets for 20 and closed out the day at 306 for 9.

The top order had suffered a similar wobble in the morning. After taking ten balls to get off the mark under fairly cloudy skies, stand-in captain Rohit Sharma, who was featuring in his 100th first-class game, flapped a top-edged pull to be dismissed for 9 off 33 balls. Agarwal then fell in familiar fashion when an inswinger burst through his weak defences. The ball clattered into his middle and leg stumps before he could bring the bat down from a high backlift. The likes of Trent Boult, Pat Cummins and Mitchell Starc had bested him with similar incoming deliveries on India’s most recent tours.

Cheteshwar Pujara then succumbed to a stumping for only the second time in his entire professional career, Carson performing the magic trick and picking up his 50th first-class victim. Vihari, slotting in at No.4, dug in for nearly 90 minutes before running out of patience and skewing Patterson-White to extra-cover for 24. Rahul and Jadeja took over after that.

Curiously enough, Sundar didn’t bowl a single over and spent the day fielding at either mid-on or mid-off. R Ashwin, the senior offspinner, who had a solid workout playing for Surrey last week, was rested for this game.