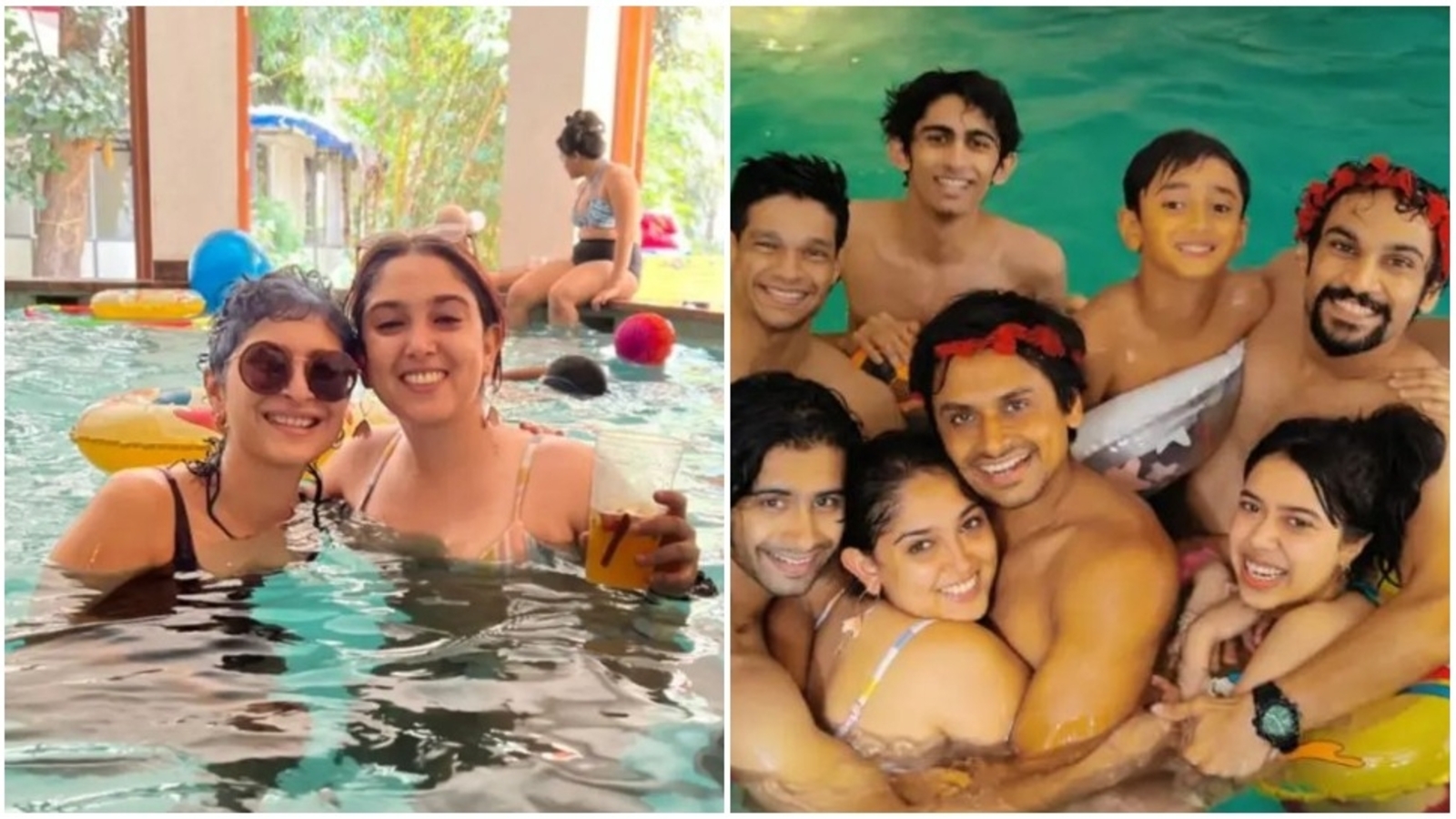 In the pictures, Ira was seen cutting a cake decorated with tiny balls as she sat at a table inside their house. Reena and Azad stood near her. Ira was seen in a bikini, Azad was dressed in shorts and Reena wore a maroon outfit. In another photo, Ira blew the candles as Aamir joined Azad and Reena for the cake cutting ceremony. A plate full of biryani was also seen on the table.

In the next set of photos, Ira posed with Nupur in a swimming pool. Ira and Kiran also smiled and posed for a picture as they spent time in the water together. Nupur hugged Ira in one of the pictures as she was surrounded by her stepbrother Azad and her friends.

Ira also posed with her friends and Nupur as they stepped out of the water. In the last slide of her post, Ira shared a video as she and her friends enjoyed inside a bounce house. As Ira sat and tried to bounce, her friends were seen jumping. Sharing the pictures, Ira added a smiling face with 3 hearts emoji. Reacting to the post, Nupur added red heart emojis and wrote, “What a cutie.”

Earlier, Nupur had shared pictures of Ira on his Instagram and wished her. He had captioned the post, “Happy Birthday My Love. I love you so so much bubs @khan.ira #happy #birthday #love.”

Unlike her father, Ira doesn’t want to feature in films. Recently, she hosted a question and answer session on Instagram and responded to many questions related to mental health issues, her future plans and more. During the session, one social media user also asked about her plans to join Bollywood as an actor to which she replied, “I’m not getting into movies.” Ira made her directorial debut in theatre. She had directed a play called Medea, in which actor Hazel Keech played the lead role.