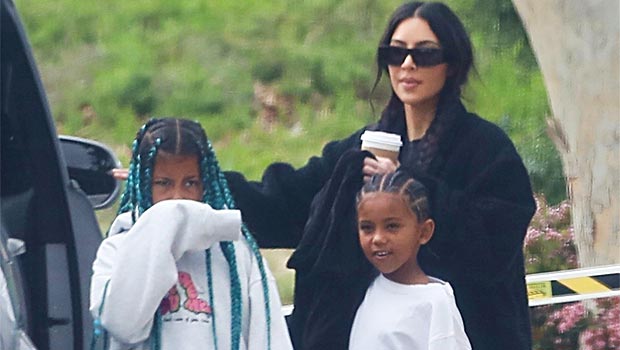 Kim Kardashian‘s kids North West, 9, and Saint West, 7, are making their film debut alongside mom! The SKKN by Kim founder and her two oldest kids with ex-husband Kanye West will all be voicing roles in PAW Patrol: The Mighty Movie which is being produced by Nickelodeon and Spin Master, and set to be released in Oct. 2023 The highly anticipated film based on the immensely popular children’s series is a sequel to the first film, PAW Patrol: The Movie, which was released in 2012.

Kim also appeared in the first film, voicing the role of white poodle Delores. The uptight pooch is one of the dogs that was captured and placed at Fuzzy Buddies Obedience School in the storyline. The sassy character is also one of the more glam ones in the film with long lashes and bright blue eyes.

North, Saint and Kim will be joining an already star-studded cast that includes the likes of Kristen Bell, Christian Convery, McKenna Grace, James Marsden, Serena Williams, and many more. Kim, of course, will once again reprise her role of the skeptical Delores. The Kardashians on Hulu star also shared the announcement to her own Instagram page via the official Paw Patrol account, which read, “North West, who joins her mom Kim Kardashian, returning as Delores from the first movie, along with a cameo by her brother, Saint West.” North and Saint’s characters in the flick have yet to be revealed.

Kim went all out with an interactive at-home viewing experience for her kids, nieces, nephews and friends when the initial movie came out — thanking everyone for their support in a heartrending speech. “I want to welcome everyone here to the Paw Patrol: The Movie. I’m so excited that I get to show all my kids, and all their cousins, and all my friends and everyone my first movie! This is so amazing,” Kim said to a clapping audience of her nearest and dearest. Talking directly to her kids, including youngest daughter Chicago, 4, and son Psalm, 3, she added, “I did this for you guys because I know how much you guys love Paw Patrol. Dolores in the house!”