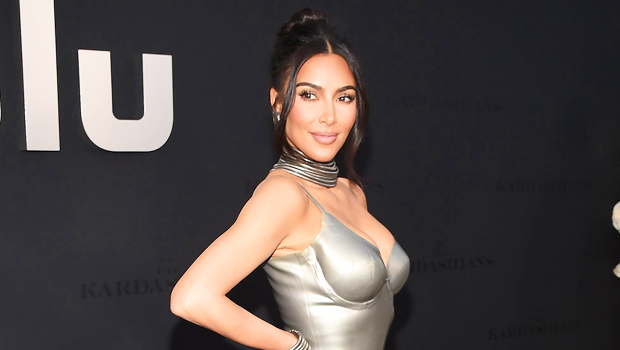 Another day, another amazing find by Kim Kardashian fans, who are speculating that the 41-year-old will wear a legendary dress of Marilyn Monroe’s to the 2022 Met Gala. Kim and her boyfriend, Pete Davidson, were in Orlando, Florida on Saturday, April 23, when they were spotted at Ripley’s Believe It or Not!, where Marilyn’s “Happy Birthday Mr. President” dress is stored.

Kim and Pete spent a whopping three hours at the Ripley’s office, according to The Sun. Stored at the attraction is the $5 million dress that Marilyn Monroe wore when she famously sang “Happy Birthday, Mr. President” to President John F. Kennedy at a fundraiser for the president and the Democratic National Committee at NYC’s Madison Square Garden in 1962.

Fans immediately took to social media and reddit, where they speculated that Kim was checking out the dress to be worn at the Met Gala on May 2. One person commented on the thread, “Interesting….bc there was someone on twitter that said Kim wants to borrow Marilyn Monroe’s ‘Happy Birthday Mr.President’ dress for the Met Gala. The dress is held at Ripley’s but I don’t think its held in the one in Orlando.”

In reply to this comment, tons of people chimed in with their own theories. One user wrote, “Ripley’s headquarters is in Orlando. Maybe she had to meet with the big wigs first?” while another wrote, “wouldnt it be easier too make a replica??.”

Meanwhile, one fan speculated, “The dress was sewn on to Marilyn Monroe the night of. It definitely can’t be altered. I wonder if this is true. It’ll be a cool thing to say if she is allowed.. I just hope it doesn’t ruin the dress. That was a historical moment and a very historical dress.”

The Met Gala Charity Ball: What It Raises Money For & How Much It’s Raised

While we will just have to wait and see what Kim wears to the Met Gala, it would be iconic if she wore the stunning sleeveless dress. Designed by Bob Mackie, the sheer nude gown features a low, scoop neckline and a fitted silhouette, which Kim loves, plus the entire gown is covered in crystals.