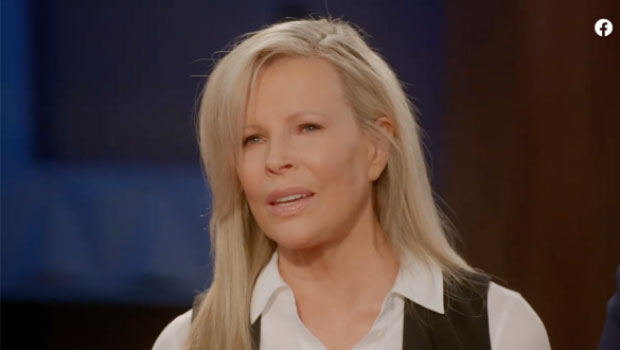 Kim Basinger opened up about how her famous ex-husband handled their only child’s past mental health challenges. During her appearance alongside daughter Ireland Baldwin on Red Table Talk on Wednesday (April 27), the Oscar winner, 68, got candid about her former partner Alec Baldwin, saying he wasn’t always “emotionally and mentally available” to discuss such heavy topics.

“You know we’re all fine, we all get along, whatever. But he’s a challenge. We’ve had our challenges,” Kim shared. “I don’t think Alec was emotionally or mentally available for that kind of talk. Alec, you know, operates in a very different way in his life.”

Ireland chimed in, saying she believed that her father not only suffers from anxiety, but that his upbringing made it difficult to speak openly with him, describing him as “someone who grew up in a family that would suppress that as well or tell him he’s weak for feeling that way.” She added, “There’s things I would go to my father for but if I ever even try to have this conversation in any way with him, I don’t think he would be able to really absorb any of it.”

Alec Baldwin — Photos Of The Actor

Later in a sit down with Willow Smith, Ireland went into more detail about her mental health challenges, which stemmed from her substance abuse. “I had isolated all of my real friends, isolated my family,” she began. “I had no control in anything in my life. I tortured myself with my eating disorders that I had. I didn’t talk to my parents for like a year. I saw them here and there, but I was so ashamed of what I had become and how I was living.” Ireland has since reunited with her parents and is free from her eating disorders.

Kim married Alec in 1993 after they met on the set of The Marrying Man a year prior. Two years later, they welcomed Ireland. By 2000, the couple called it quits and officially divorced on September 3, 2002. A bitter seven-year custody battle ensued. Kim is now romantically linked with hairdresser Mitch Stone, while Alec just welcomed his sixth child with wife Hilary Baldwin.

Alec Baldwin’s Wife: Everything To Know About Hilaria & His First Marriage to Kim Basinger