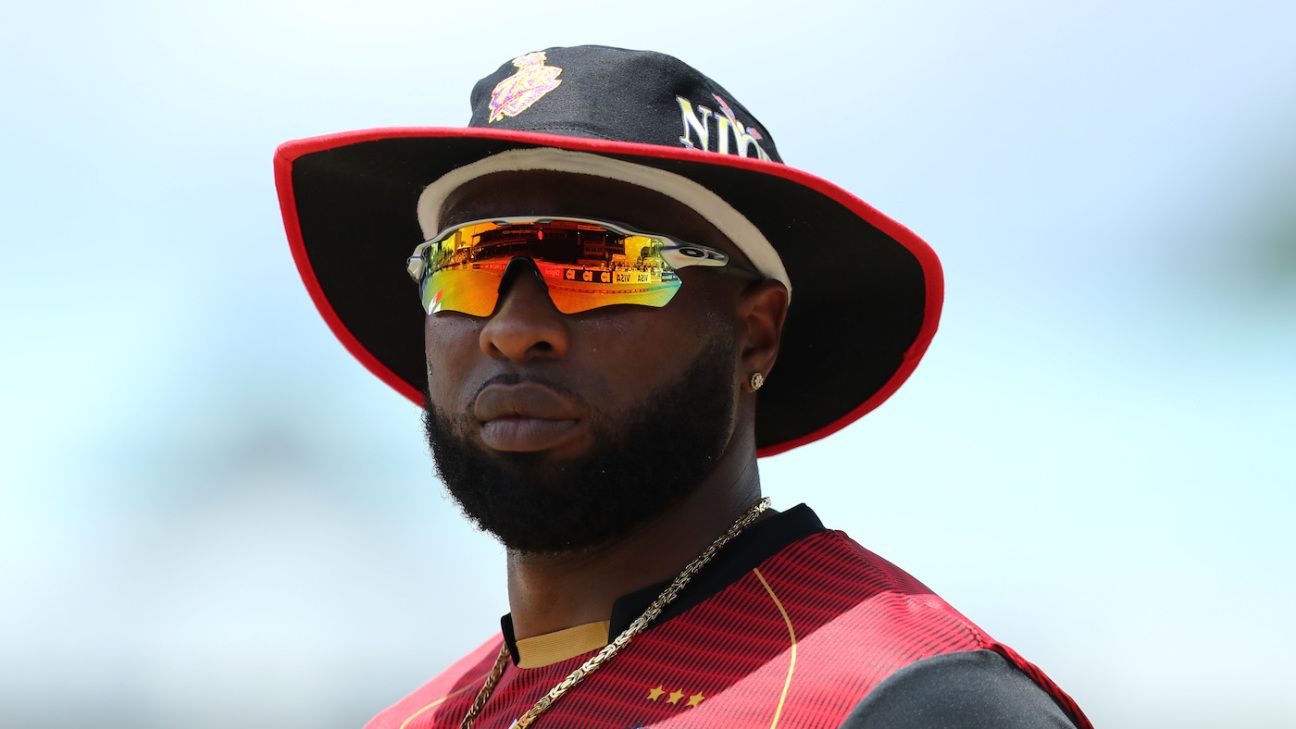 Kieron Pollard is weighing up offers to play in the T20 Blast following his retirement from international cricket.
Pollard, who turns 35 next month, stepped back from his position as West Indies’ limited-overs captain last week after two-and-a-half years in the role but will continue to play domestic T20 cricket around the world.

He was the first pick in the men’s Hundred draft earlier this month and will now be available to play for London Spirit for the majority of the tournament and will consider returning to county cricket for the first time since 2011, a move which would see him spend around three months in England this summer.

ESPNcricinfo understands that at least two counties have enquired about Pollard’s availability for the Blast, which runs from May 25 – four days after his IPL franchise, Mumbai Indians, play their final game in this year’s IPL – until July 16.

Surrey appear to be the frontrunners at this stage, in a move which would reunite Pollard with his close friend and long-term team-mate Sunil Narine, who has already signed for the duration of Blast as an overseas player.
Surrey had planned to use Sean Abbott as their second overseas player after his stint was cut short due to injury last year, but his involvement in Australia and Australia A’s squads for their tour of Sri Lanka means he will be unavailable for the majority of the group stages and the club are expected to look for a replacement.

Pollard previously spent two seasons with Somerset in 2010 and 2011 where he was hugely successful, averaging 34.58 with the bat at a strike rate of 169.94 and taking 41 wickets in 28 appearances.

It is understood that Somerset are in the market for another overseas signing for the Blast – likely to be a batter or a batting allrounder – despite the fact that Marchant de Lange and Peter Siddle are both under contract for the tournament, but the club have privately played down the prospect of Pollard returning.

Northamptonshire are one of the few other counties with a vacant overseas spot for the Blast and had agreed a deal with Pollard in 2020 before the tournament was postponed due to the pandemic.

However, it is understood that they have already agreed terms with another overseas batter whose signing will be announced in the coming weeks, with Chris Lynn’s name discussed at length. Northants have previously confirmed the signing of James Neesham, the New Zealand allrounder, as their other Blast overseas player.