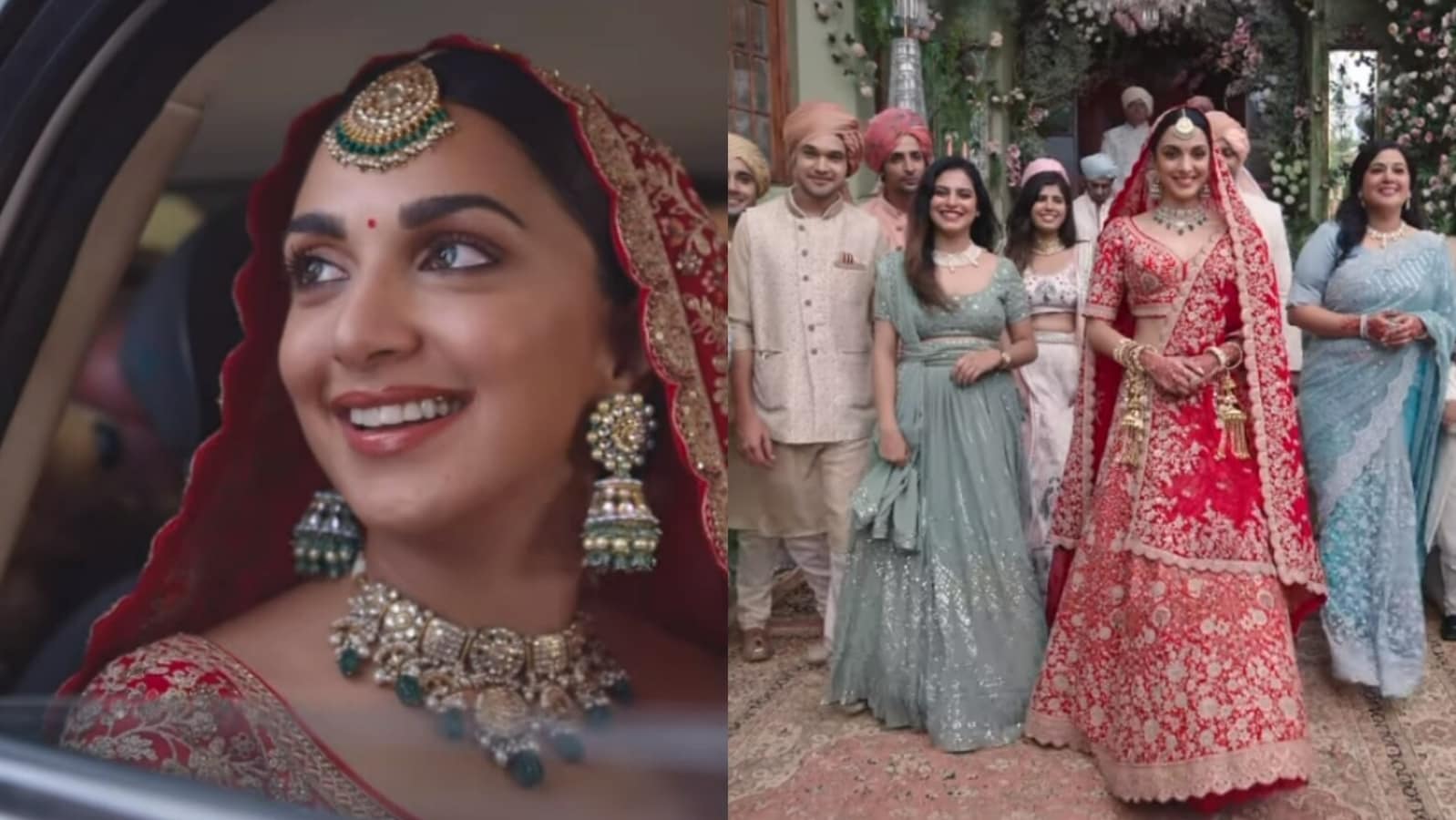 Actor Kiara Advani appeared in a bridalwear ad recently and fans started questioning her about her wedding. Kiara is in the news for some time ever since her wedding rumours with Sidharth Malhotra started doing rounds on the internet. Kiara and Sidharth starred opposite each other in the 2021 film, Shershaah. Also read: See Sidharth Malhotra’s reaction at a bash as a guest teases him ‘iski bhi hone wali hai shaadi’

In Kiara’s recent advertisement for an ethnic outfit brand, Kiara looked stunning in a bridal look. She wore a red traditional lehenga with a red veil on her head. The ad focuses on a newlywed bride who wishes to carry her old memories as she moves to her in-laws’ house.

Reacting to the video, a fan took to the comment section and replied, “Agar Siddharth Malhotra isme hote toh jyada sahi rehta (Would have looked better with Siddharth Malhotra).” “Sid Se Shaadi Kab Kar Rahe Ho (When are you getting married to Sidharth)?” added another person.

Someone also said, “Shadi ki tayari ho rahi hai kya (Are you getting ready for the wedding)?” Another one also commented, “Seeing a few seconds of the beginning of the video, how many people felt that this is really a video of Kiara and Siddhart’s wedding?”

Sidharth Malhotra is dating his Shershaah co-star Kiara Advani for quite some time now. They are often spotted together. The couple was in Dubai recently where they celebrated the New Year together. They were also joined by their friends.

Sidharth and Kiara are rumoured to be planning to tie the knot within a month. None of them have confirmed nor denied any rumours related to their relationship or the wedding. Talking about his wedding in 2021, Sidharth had shared with Hindustan Times, “Well, there are no plans as of now. I feel it is something that will take it’s course. That film production has not happened yet. I don’t have the story, script or cast ready for that. As and when it happen, or falls into my lap, I will let everyone else know.”