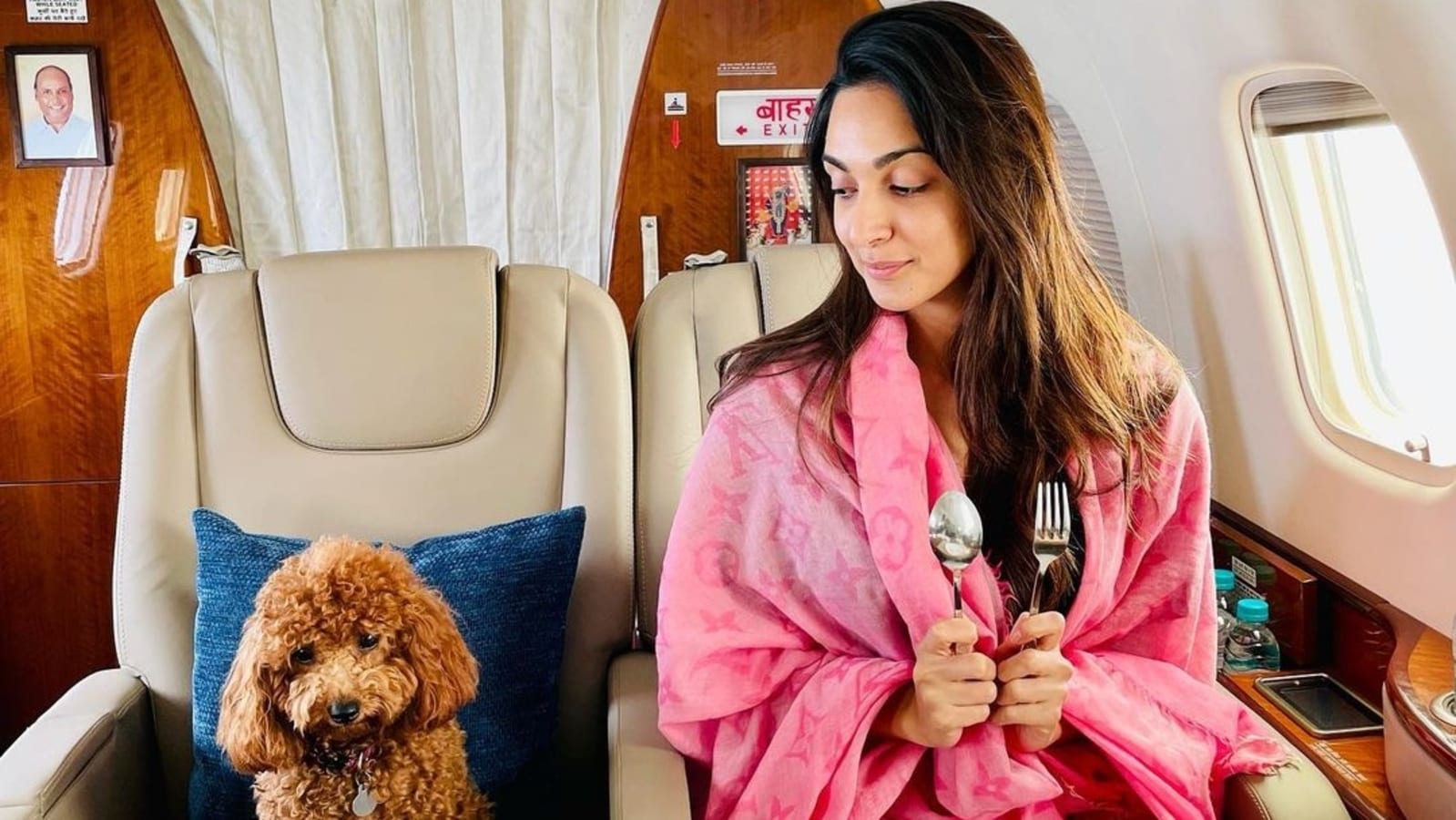 Actor Kiara Advani shared a picture with actor Ram Charan’s pet Rhyme on her Instagram handle. In the photo, Kiara and Rhyme are seen sitting next to each other, with food on their table inside a flight. Actor Arjun Kapoor reacted to the picture, calling it ‘couple goals’. Also Read: Kiara Advani teams up with Ram Charan in Shankar’s upcoming trilingual film

Sharing the picture, Kiara wrote, “One for the books! Best breakfast date ever was pawsomee. @alwaysrhyme.” Rhyme is actor Ram Charan and his wife Upasana Kamineni’s pet. Rhyme’s Instagram handle has more than 28,000 followers.

Arjun commented, “Couple goals.” Gurfateh Pirzada dropped heart eyes emojis. One fan wrote, “This is such a nice picture,” another said, “Omg your no-make up look is also amazing.”

Kiara and Ram Charan are currently shooting for their upcoming film RC 15. Last month, the actors flew to Amritsar to shoot for the political drama. The film is directed by filmmaker Shankar and is jointly produced by Dil Raju and Shirish Garu under the banner of Sri Venkateswara Creations for a pan-India release. RC 15 will release in three languages – Telugu, Tamil, and Hindi.

Last year, while announcing the news of RC 15, Kiara told her fans that it’s her first pan India film. She tweeted, “Excitement level beyond for my First Pan India film. My heart is filled with gratitude to be directed by the one and only @shankarshanmugh garu, my wonderful co-star @AlwaysRamCharan produced by #DilRaju garu. With your blessings, love and good wishes our film has begun.”

Apart from this, Kiara will be seen next with Kartik Aaryan in horror-comedy Bhool Bhulaiyaa 2. The film, which also stars Tabu, Sanjay Mishra and Rajpal Yadav, is a sequel to Priyadarshan’s 2007 horror-comedy Bhool Bhulaiyaa. It featured Akshay Kumar, Vidya Balan and Shiney Ahuja in the lead roles. Rajpal Yadav is the only cast member from the first part who will reprise his role as Chhote Pandit in the film. Kartik will be seen taking up a similar role to Akshay Kumar, while Kiara will play the victim of Manjulika, a role previously portrayed by Vidya.