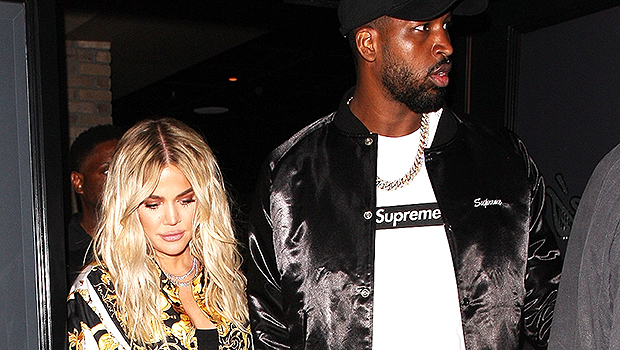 Khloe Kardashian‘s ex Tristan Thompson has been “constantly trying” to get back together with her “up until a few weeks ago,” a source close to The Kardashians star told HollywoodLife EXCLUSIVELY, adding that the 31-year-old NBA star was “making all kinds of promises!” But even though the two are expecting their second child together via surrogate any day now, Khloe, 38, has stood her ground and “not budged” when it comes to rekindling their romance.

“It seems like he’s finally given up on trying to win her back, which is a huge relief for Khloe because it was very draining for her,” the source told us. “All she wants is for them to be healthy and happy co-parents, that’s why she’s forgiven him and wants her family to forgive him too. She doesn’t see the point in hanging on to the negativity and anger but that doesn’t mean she’s letting what he did slide. They are 100% done for good.”

That does not mean, however, that Khloe will not always have a special place in her heart for Tristan, who is also the father to her four-year-old daughter, True Thompson. According to a second source, “Khloe will always love Tristan. No one understands what it is about him and, considering all of the pain he caused, it just makes no sense. But Khloe doesn’t see it that way. Khloe tells her sisters that no one can understand what love is like unless you are in that relationship.”

“She truly believes that they were in love with each other and that he made some poor choices,” the source told HollywoodLife, referring to the fact that he has gotten caught cheating with at least three women since they first started dating in 2016. “She will always love him, but she is no longer in love with him. There is a difference,” the insider said. “She loves him as the father of True and she knows that he will always be a part of her life. Khloe will never prevent Tristan from having an active role in either of their kids’ lives and she will always nurture and respect his role as a father, regardless of who either one of them is with.”