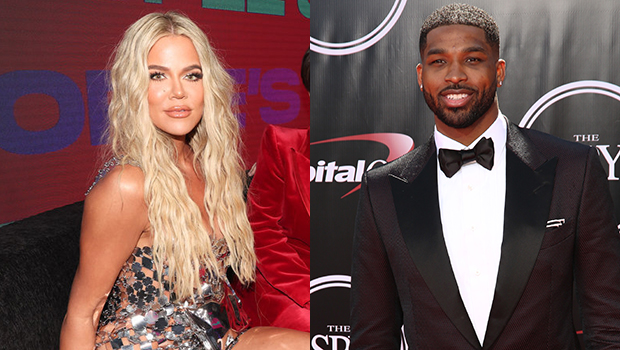 The ‘Keeping Up With The Kardashians’ star asked fans not to read too much into her facial expressions, as the paternity drama with Tristan Thompson goes on.

Khloe Kardashian, 37, responded to a fan on Twitter, who said that she looked like she didn’t care, while Halle Berry was onstage at the People’s Choice Awards on Tuesday December 7. Khloe’s tweet was very complimentary to the 55-year-old actress, while giving a glimpse into how she’s been feeling lately, as drama surrounding Tristan Thompson and Maralee Nichols’ claims that he’s the father of her newborn baby. She asked fans to not over-analyze too much in the December 8 tweet.

Maralee had a baby boy on Thursday December 2, and she filed court documents, claiming that Tristan was the father. While the 30-year-old NBA player admitted to having sex with Maralee, he also requested a paternity test. An alleged text from Tristan was released, where the player supposedly offered her $75,000 to drop the paternity suit.

That’s disappointing my face gave that expression. Halle Berry is such a force. Absolutely Stunning and beyond talented. Tbh I’m barely in my own body right now. Please don’t read into anything. Also please don’t tear me apart because you assumed something.

While the drama continues, Khloe attended the People’s Choice Awards on Tuesday night, and someone felt like the reality star didn’t look impressed while Halle Berry accepted the “People’s Icon” award. Another fan accused her of being “jealous” of Halle and having “body dysmorphia.” Khloe seemed apologetic that her look was misconstrued. “That’s disappointing my face gave that expression. Halle Berry is such a force. Absolutely Stunning and beyond talented,” she wrote.

Even though Khloe didn’t address the drama directly, she did say that he hasn’t felt like herself, and asked fans to not make accusations against her. “Tbh I’m barely in my own body right now,” she tweeted. “Please don’t read into anything. Also please don’t tear me apart because you assumed something.”

As all the confusion continues, a source close to the Kardashians revealed to HollywoodLife that Khloe’s relationship with Tristan was “done,” and she doesn’t see the possibility of them getting back together. “He is going to be allowed to have a lifelong relationship with his daughter True and she is not going to prevent him from doing this. But as far as she is concerned, she will never get back together with him, not after this,” the source said