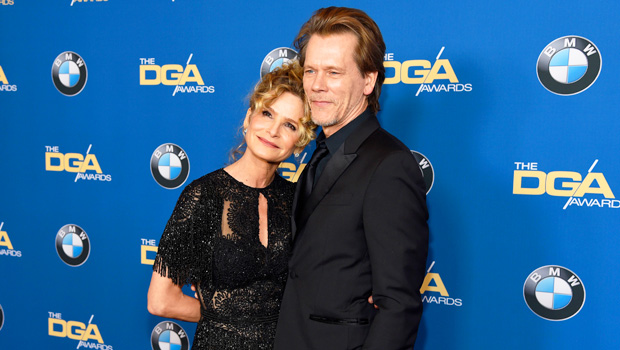 “I don’t remember this being part of the original Footloose choreography,” Kevin Bacon captioned the video he posted to Instagram on June 28, “but figured we’d give it a spin.” Against Kenny Loggins’s title track to the 1984 film, Kevin, 63, and his wife, Kyra Sedgwick, 56, gave the viral TikTok trend a go. After the two danced into the frame, Kyra, 56, seems to go into a “Warrior III” yoga pose, with Kevin grabbing one of her arms while lifting her by the leg. At the start of the song’s chorus, Kevin “drops” his wife, rolling her out like a rug before catching her so she wouldn’t hit the floor.

The success resulted in Kevin high-fiving his wife and their daughter, Sosie Bacon, applauding them in the comments. “I GET ITTTT!” Sosie, 30, wrote. The official account for Hall and Oates (who, oddly, weren’t on the Footloose soundtrack though it would have made sense if they were) gave the couple a pair of applause emojis. “I swear at one point I could see in her eyes she wished there was more than a rug on the floor beneath her,” said one fan. “I watched this a few times,” added another. “Not sure why I got such a kick out of it…. It might be the facial expressions. Well done! 10/10!”

Footloose will turn 40 in 2024, but as Kevin told NME in 2020, he’s gotten used to celebrating yearly milestones. “I can tell you that one of the odd things about having done as many films as I have, is that pretty much every year, somebody says to me: ‘There’s two anniversaries this year!’” he said with a laugh, “I can’t remember when they are, frankly.”

Kevin spoke with NME about the 30th anniversary of JFK, a movie representing a turning point in Kevin’s professional life. He went from a self-described “character actor” to a well-respected artist who could pull off a dramatic lead. “I was kind of spinning my wheels career-wise at that point, having been to the top of the mountain in Hollywood with Footloose,” he said. “But I was kind of sliding back down the other side. And that gave me an opportunity to redefine my career in a way that was really much more true to who I am.”

“People said, ‘Wow, I never thought I’d see you do that!’” he told NME. “Of course, for me and for the people that actually knew me, it was not a surprise, because I’d been doing a lot of theater. And I’ve been doing, you know, crazy, offbeat characters for a really long time. But to the general Hollywood industry, that was a new thing.”