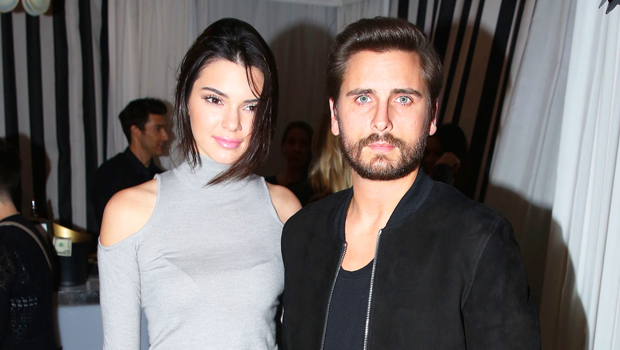 Scott Disick was feeling on the outs during the May 12 episode of The Kardashians. The episode was filmed shortly after Kourtney Kardashian and Travis Barker’s engagement, and Scott was convinced that he was being excluded from family events. First, he met up for lunch with Kris Jenner and found out that she was celebrating her birthday with a small party at her home. Scott was not extended an invite to the intimate dinner.

“Why would I not come over?” Scott wondered. “You told me I was your blood-related son when my parents died.” Kris insisted that she still felt that way, but Scott wasn’t having it. “I don’t know how Kris is trying to push this past me as ‘not a party,’” Scott said. “I mean, first it starts as ‘it’s a house tour’, then it turns into a catered meal with one of the fanciest restaurants in the world? This sounds like the f***ing Oscars, and you’re trying to take me to lunch at Maria’s for a chopped salad?”

Kris admitted that she felt like she was “cheating” on Kourtney if she invited Scott, but he insisted that things were “fine” between them, as well as him and Travis. “For me to hear that you’re having a little soiree and you don’t think to invite me makes me feel like complete s***, to be honest,” Scott admitted. “I love you, but like, how did you think I’d feel?” In a confessional, Kris said she felt that Scott was being immature about the situation.

Scott Disick With The KarJenners: Pics

Afterward, Kris had a one-on-one conversation with Kourtney about the situation, and Kourtney told her to do whatever she wanted on her birthday. In the end, Scott came to the party at Kris’s house. “To be in the same room together is not a bad thing,” Kourtney insisted. “It’s a great first step for everyone and it will take time to really figure out what makes sense.”

Meanwhile, Scott being there did not stop Kourtney and Travis from packing on the PDA during the evening, although Kourt insisted they were “holding back” to not make him uncomfortable. Although Scott did seem a little awkward at points during the evening, he ultimately admitted to being happy for his ex. “She found someone, I’m happy for her,” Scott said. “She’s got a man that loves her and she deserves it because there were so many years I didn’t put her first.”

Later on in the episode, though, Scott blew up once again when he found out that Kendall Jenner also made birthday plans without inviting him. Kendall explained that she had one party at a club, which wasn’t attended by family members, as well as an intimate dinner at her house. “[It was] literally only Kourtney and Travis. That wasn’t a party,” she told Scott.

Scott wouldn’t let it go, though. “But you invited everyone but me,” he accused. “I don’t understand why I should be left out.” Once Scott got going, Kendall also started getting wound up. “You’re right, I should’ve texted you,” she said. “But even the night they got engaged, I was the one who was literally like, ‘What about Scott’s feelings? What’s Scott gonna feel?’ Kourtney, at the end of my day, is my sister. Of course I want her there. This dinner was literally 15 people. If I’m having an intimate dinner, I don’t want an uncomfortable situation to happen.”

With Kris sitting in silence, Kendall and Scott continued screaming at each other. Eventually, Kendall got so frustrated that she stood up from the table to storm off. “Scott, I’m saying sorry!” she told him. “That’s not my priority. Can you let me speak!? I’m literally out. This is f***ing ridiculous. You won’t let me speak, Scott. Replay the f***ing videos, I’m so over this s***, Scott. For real.” The episode ended with Scott and Kris watching as Kendall left the table, and we’ll have to wait until next week to see how it plays out!