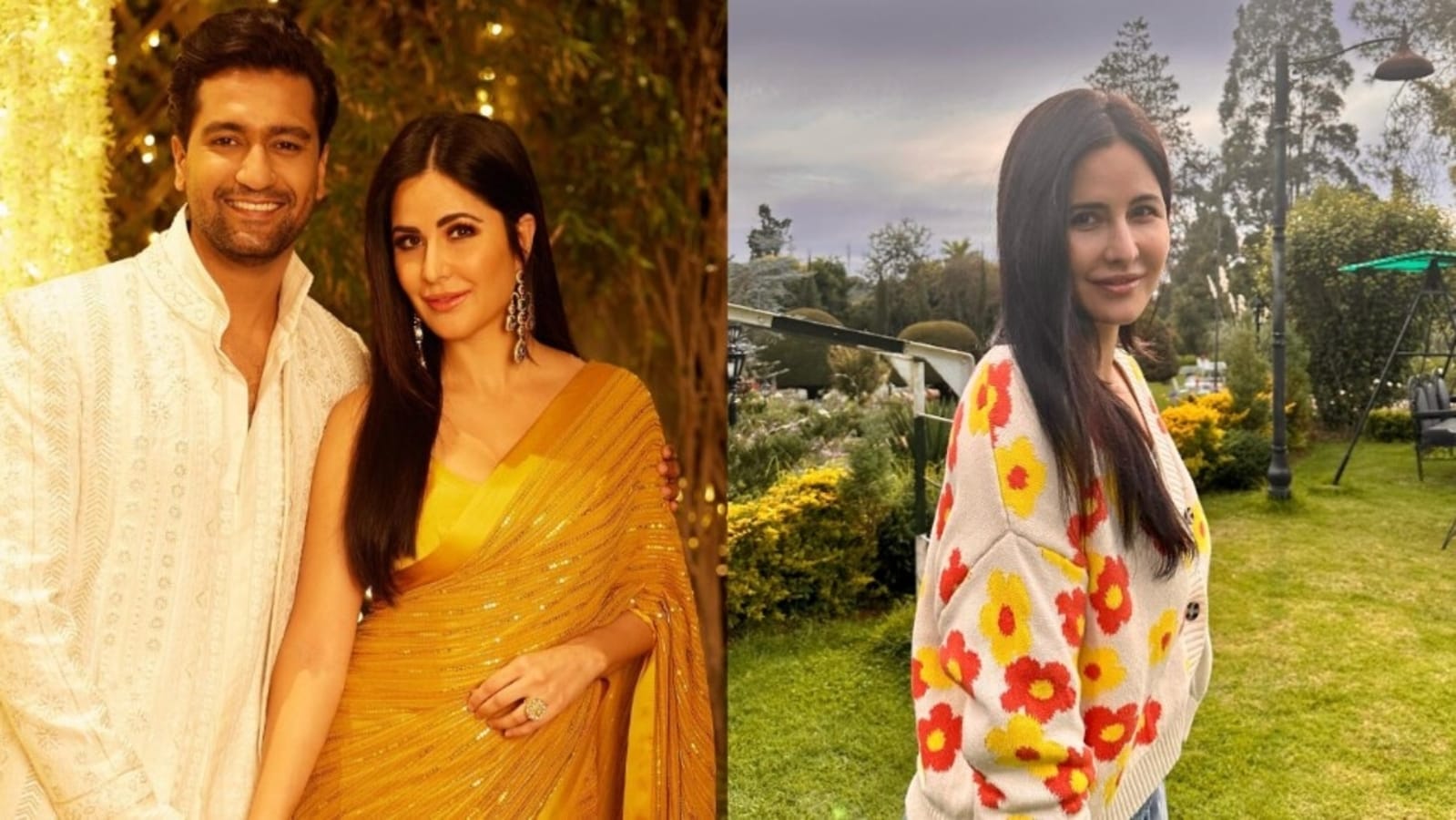 Actor Katrina Kaif has posted pictures featuring herself as she spent time in the mountains with her husband, actor Vicky Kaushal. Taking to Instagram on Wednesday evening, Katrina shared the photos as she posed amid the greenery. The couple flew out of Mumbai a few days ahead of their first wedding anniversary. (Also Read | Vicky Kaushal says Katrina Kaif ‘begs me not to put such videos’ as he grooves to Kya Baat Hai)

In the pictures, Katrina gave different poses as she smiled. A garden adorned with chairs, swings and different flowers was seen behind her in the photos. A cottage coukd in the background. Katrina wore a floral cream-coloured sweater over a white top and blue denims. The actor opted for a no-makeup look in the pictures.

She captioned the post, “Pahadon mein (In the mountains)……(camera emoji): Husband.” Reacting to the post, a fan wrote, “Thank you for making our day! Wasn’t expecting this.” Another person said, “Wedding anniversary soon.” “You guys being absolute cutieees,” read a comment. “Vicky is a great photographer,” commented an Instagram user.

Vicky is awaiting the release of his next film Govinda Naam Mera which will hit Disney+ Hotstar on December 16. This film will be Vicky’s second digital release after his much-acclaimed Sardar Udham. Helmed by Shashank Khaitan, the film also stars Kiara Advani and Bhumi Pednekar.

He will also be seen in director Laxman Utekar’s next untitled romantic comedy film alongside Sara Ali Khan. Apart from that, he also has director Anand Tiwari’s film alongside Tripti Dimri and Meghna Gulzar’s Sam Manekshaw biopic Sam Bahadur opposite Fatima Sana Shaikh and Sanya Malhotra.