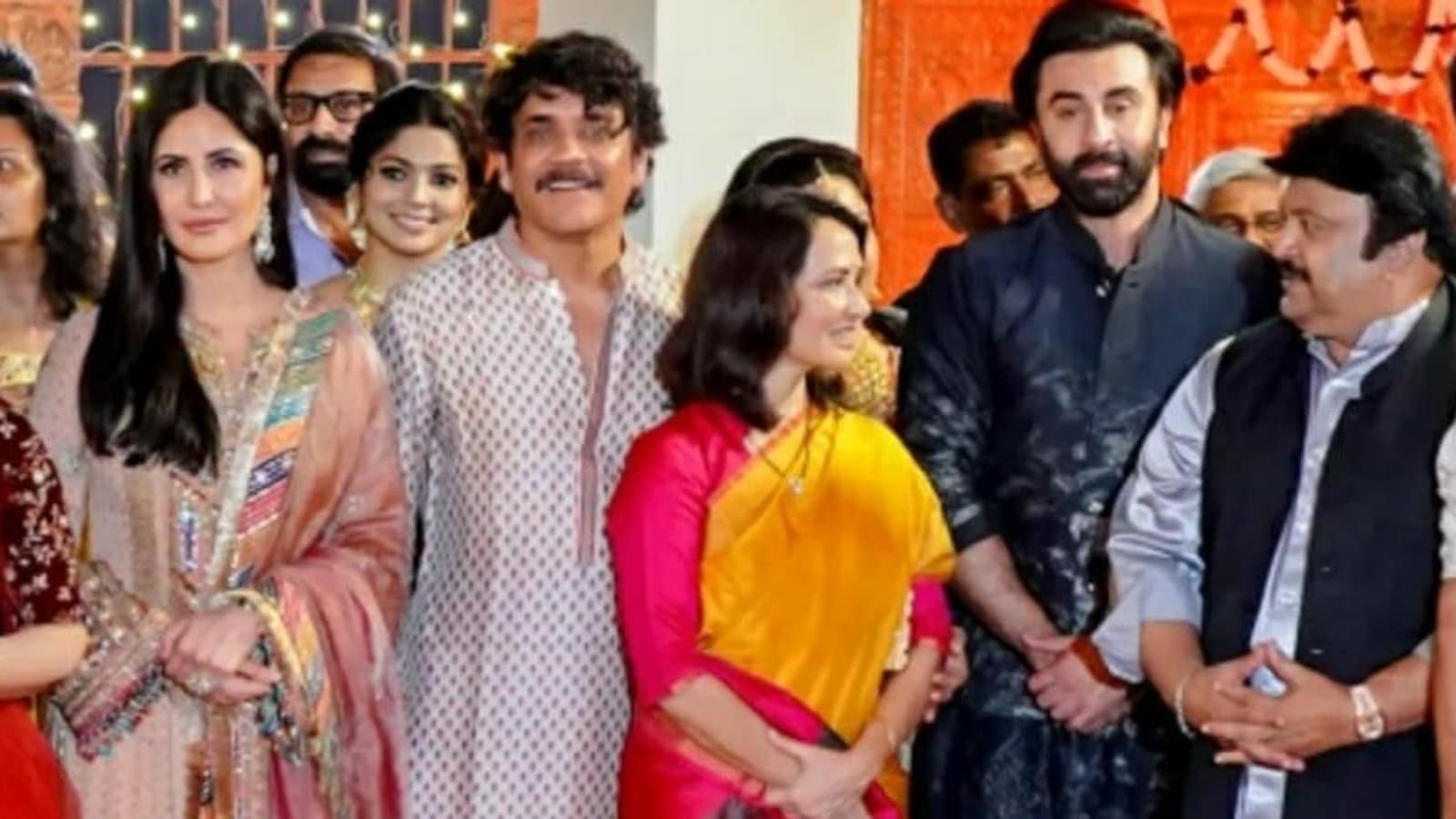 The Kalyanaraman family hosted a Navratri bash at their residence recently, which was attended by several stars from the Hindi, Tamil, and Telugu film industries. Among the guests were actors Nagarjuna, R Madhavan, Prithviraj Sukumaran. But what caught fans’ attention was exes Katrina Kaif and Ranbir Kapoor both in attendance even as they kept their distance, judging by the pics. Also read: Alia Bhatt takes fans inside her ‘baby’ Ranbir Kapoor’s 40th birthday party

The Kalyanaraman family are the owners of the popular Kalyan Jewellers brand. They host a star-studded Navratri puja every year, which is attended by several celebs. This year, too, many film stars were in attendance. In pics from the event shared by a paparazzo account, Ranbir and Katrina Kaif can be seen posing with the hosts along with other actors such as Nagarjuna. The two, however, stood away from each other.

Reacting to the two of them in one frame after ages, one fan wrote, “These two have such chemistry. Wish they would do a film together.” Ranbir and Katrina dated between 2013 and 2016, years after they worked together on Ajab Prem Ki Ghazab Kahani. Ranbir is now married to Alia Bhatt and they are expecting their first child together. Katrina, too, is married to actor Vicky Kaushal.

Other actors present at the Kalyanaraman family bash were Regina Cassandra, Jayaram, and Arun Vijay. In one pic, Arun and Ranbir posed for the camera. In another, one of the hosts was clicked welcoming Regina and Madhavan to the venue. Katrina, dressed in a flowy suit, also posed with Nagarjuna, who donned a printed kurta with dhoti, as well as actor Jayaram.

Ranbir was last seen in Brahmastra Part One- Shiva, which also starred Alia. The film has earned over ₹425 crore at the global box office, becoming the highest-grossing Hindi film of the year. Katrina was last seen in 2021’s Sooryavanshi, which was a box office success as well. She is currently gearing for the release of her next, Phone Bhoot.