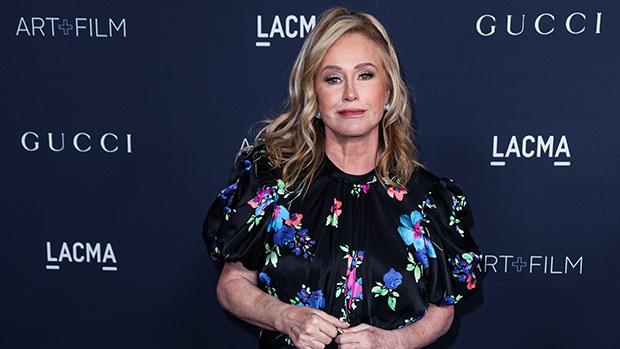 Kathy Hilton got candid about her daughter Paris Hilton’s journey to motherhood. The Real Housewives of Beverly Hills star said the socialite/DJ has been trying to get pregnant ever since she walked down the aisle with Carter Reum last November. “It breaks my heart because I know she is trying and trying and I always say, ‘Just relax,’” Kathy revealed to E!. “So many people, they struggle and it doesn’t just happen like that.”

The famous matriarch went on to say that, despite the bump in the road for a baby bump, Paris and Carter are still in the honeymoon stage. “They are so happy,” Kathy told the outlet. “They had their one-year anniversary at the carnival and they want to do that annually. They were like two kids, it was really sweet.”

During the interview, Kathy also touched up her recent controversial season on the Bravo reality show, where she feuded with Lisa Rinna after Lisa witnessed Kathy’s “meltdown” where she allegedly slammed about her own sister, Kyle Richards. “I wish that I was able to tell my whole story,” Kathy admitted to E!, “But there’s eight of us—seven other girls—and you can’t put into an hour show everything. I could have done a reunion that would have been a miniseries.”

Of course, the notion of Paris and Carter trying to have children clearly is good news for Kathy, as she was nervous Paris wasn’t even going to make it down the aisle because of “cold feet.” During an EXCLUSIVE interview with HollywoodLife, Kathy said there were some doubts the wedding would be a success. “You can’t force somebody to do something, but we really felt like maybe this is it with her. She gets right there, and then she gets cold feet,” Kathy explained.