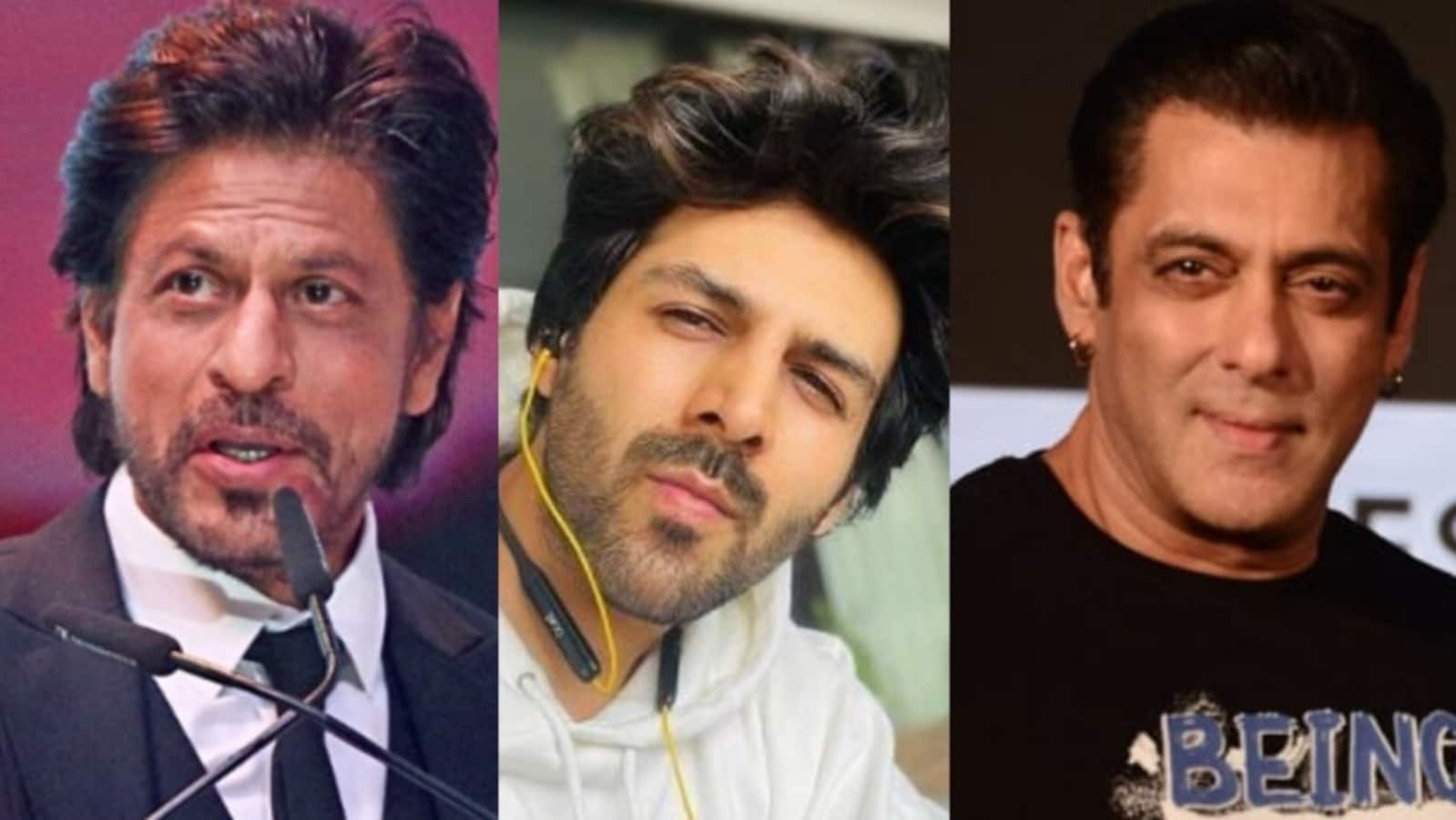 Actor Kartik Aaryan spoke about visiting Shah Rukh Khan’s home Mannat and Salman Khan’s house at Galaxy Apartments the first day he arrived in Mumbai. In a new interview, Kartik also talked about his experiences on that day. While he thought that Shah Rukh Khan ‘saw’ him, he was ‘almost lathi charged outside Salman’s house. (Also Read | Salman Khan told Kartik Aaryan after he gave hit films)

On the latest episode of Aap Ki Adalat on India TV, journalist Rajat Sharma reminded him that he used to click selfies outside Mannat. Kartik replied, “It was actually my first day when I came to Mumbai. It was a Sunday. I have always been a fan of Shah Rukh sir. I get inspired by his story that he created his own niche and received love from the audience. So I reached Bandstand the first day thinking I’ll see him wave. What happened actually was when he left, he was in his car. While leaving, he waved looking at everyone. Mujhe actually laga ki unhone mujhe dekha (I thought he looked at me).”

“Toh bas main pura time khush tha ki, ‘Shah Rukh sir ne mujhe dekh liya. Toh mera din ban gaya, mera Mumbai ana safal hogaya us time’ (So I was happy the entire time thinking, ‘Shah Rukh sir saw me. My day has been made, coming to Mumbai was worth it)’. I went a little ahead and there was Galaxy Apartments. I stood outside Salman Khan sir’s house too. But it was different there since a massive crowd gathered leading to a lathi charge. Toh main almost bhaga waha se lathiyo se bachta hua (I almost ran from there escaping the sticks). Both incidents took place on the same day. It was a weird but memorable day for me,” Kartik continued.

Kartik has several films in the pipeline. He will be seen in Shehzada, helmed by Rohit Dhawan. The film also stars Kriti Sanon, Manisha Koirala, Paresh Rawal, Ronit Roy, and Sachin Khedekar. It is all set to hit the theatres on February 10.

Shehzada is an official Hindi remake of the Telugu film Ala Vaikunthapurramloo which starred Allu Arjun in the lead role. Kartik will also be seen in director Kabir Khan’s upcoming untitled film and Hansal Mehta’s next Captain India.