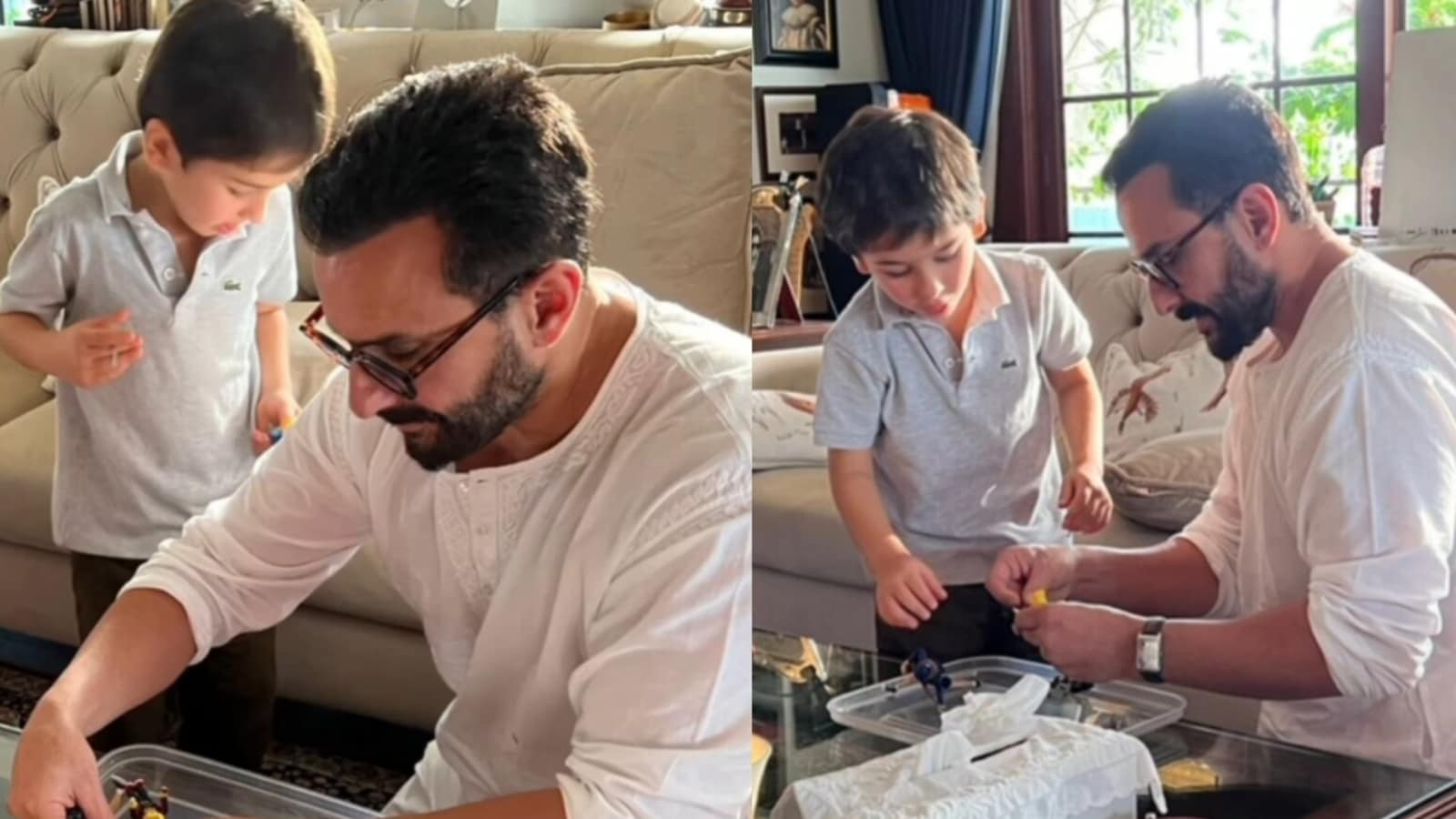 Kareena Kapoor has shared a glimpse of celebrations at her home on the occasion of Independence Day. She shared how Saif Ali Khan and Taimur recycled papers and turned them into a toy for the little one.

Actor Kareena Kapoor shared how her family is spending the 7th Independence Day at their home. She posted a video on Instagram Reels featuring Saif Ali Khan fulfilling his daddy duties as he helped Taimur to build his first ever rock band stage. They used recycled paper for their project. (Also read: Saba Ali Khan shares unseen pics with ‘Bebo bhabhi’)

In the pictures of the video, Saif Ali Khan is seen in his signature white kurta and pajama look. Taimur, on the other hand, wore a grey polo t-shirt with pants as both bonded over their love for rock bands. Sharing the post, Kareena said, “This #IndependenceDay, we tried to build… and build we did. Tim’s first-ever rock band stage, made out of recycled paper Reuse, recycle, be free.”

She also added hashtags like ‘FamilyTime.’ The Khan family sure has a liking for rock music. Last month, during their holiday in the UK, Kareena, Saif and Tamiur attended a concert of The Rolling Stones. In a video from the show, Saif was seen standing next to Kareena while the little one sat on his shoulders. Their youngest son Jehangir was also with them during the almost one-month-long break.

Kareena had also shared pictures of them together before heading for the rock concert. It read, “The Rolling Stones baby” followed by star eyes emojis. She also shared a picture with Taimur and captioned it, “Here we come.” The family wore the band’s merchandise in the pics.

Kareena recently starred in the Aamir Khan film, Laal Singh Chaddha. Directed by Advait Chandan, it is the official remake of Tom Hanks’s 1994 film Forrest Gump. She will be soon making her OTT debut with Sujoy Ghosh’s next. The film is based on the Japanese novel The Devotion of Suspect X. Besides Kareena, it has Jaideep Ahlawat and Vijay Varma as well.