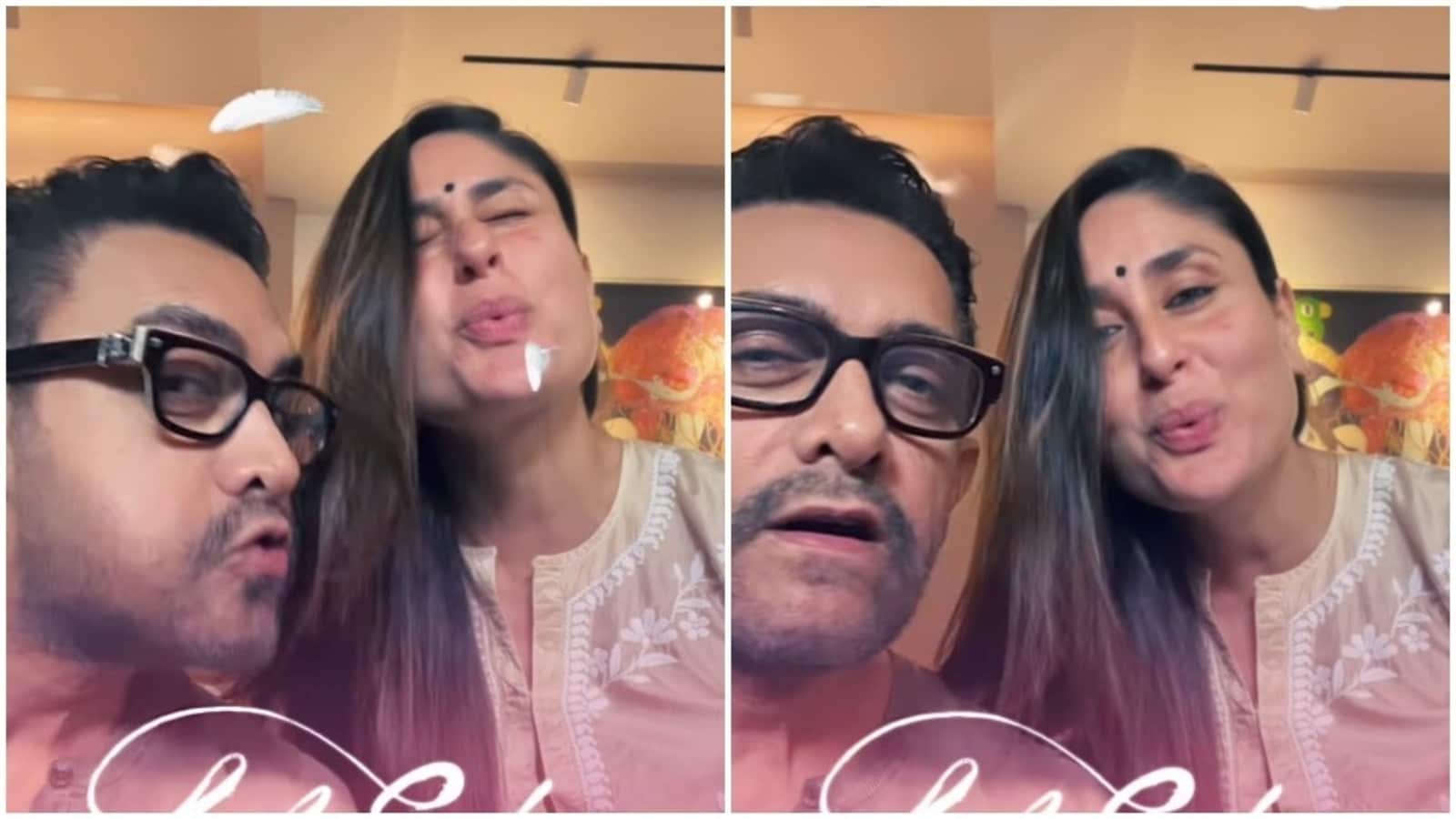 Kareena Kapoor took to Instagram to share a new video from her meet up with Aamir Khan. The new video shows them trying out a special Laal Singh Chaddha filter.

Aamir Khan recently released the first song from his upcoming movie Laal Singh Chaddha. With the song, he also unveiled a new filter based on the movie. Now, in a new video, his co-star from the film Kareena Kapoor is also seen trying out the filter with him. (Also read: Aamir Khan reveals he decided to quit film industry before Laal Singh Chaddha’s release, left ex-wife Kiran Rao in tears)

Kareena shared the video on Instagram on Saturday evening. It showed the two of them in front of the camera, trying to blow around a white feather. The film’s title is seen in the bottom of the video. Kareena is seen in a beige and white kurta and Aamir is seen in a brown shirt. He is also wearing a pair of glasses.

Sharing the video, Kareena wrote as the caption, “Here’s the #featherchallenge with my hero! #aamirkhan.” In the background, she added the Kahani song from the movie. Her fans loved seeing them together in the video. “I love yhu soo much,” wrote one. “Omg its so cute,” commented another. A fan also wrote, “This reminded me of 3 Idiots.” Rajkumar Hirani film 3 Idiots paired Aamir and Kareena opposite each other for the first time. He played an engineer while she played a doctor in the movie.

Laal Singh Chaddha is the official Hindi remake of Forrest Gump. Aamir plays the role played by Tom Hanks in the hit Hollywood original while Kareena plays the character played by Robin Wright. Unlike its Hollywood version, Laal Singh Chaddha will chronicle Laal’s journey of life in post-Independence India and how various important moments from the country’s history influence his life.