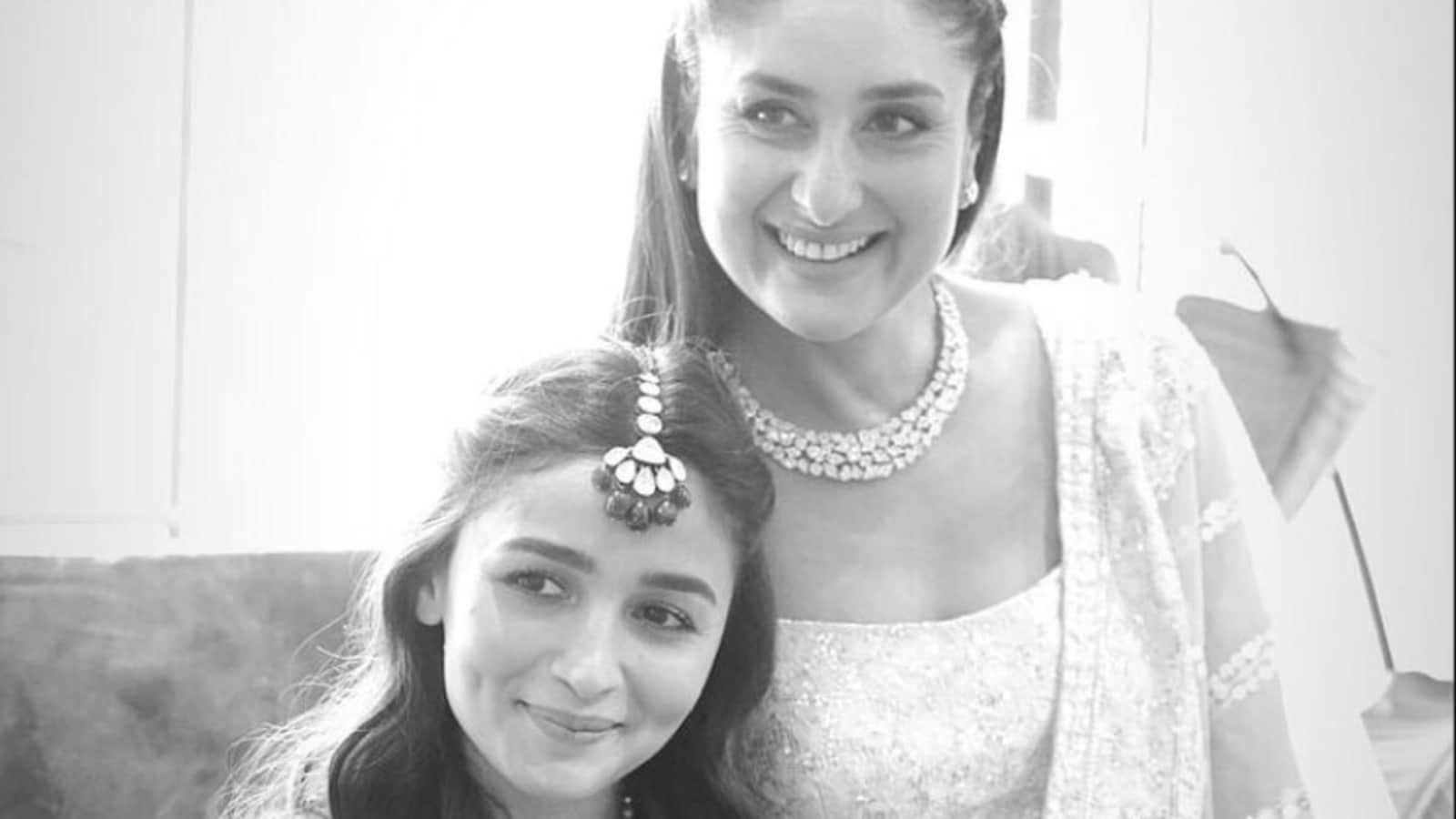 Actor Kareena Kapoor celebrates her 42nd birthday on Wednesday and her relatives are all celebrating with her. Alia Bhatt, who recently married Kareena’s cousin, actor Ranbir Kapoor, shared a picture from her wedding, which showed her with Kareena. Kareena wore a pink dress and Alia wore a colourful one but the colours were masked by the black and white filter on the photo. Both of them sat on a sofa with Kareena giving Alia a light cuddle. (Also read: Happy birthday Kareena Kapoor: See her best family pics)

Her cousin sister Riddhima Kapoor Sahni sent warm wishes. Taking to Instagram, Riddhima shared a picture on her story which she captioned, “Happy happiest bday darling bebo #beautifulinsideout.” In the picture, Riddhima could be seen standing next to Kareena and her aunt Reema Jain.

Kareena is known for her spectacular performances in films like Kurbaan, Heroine, Jab We Met and many more. From romantic to action thriller, the 41-year-old actor has proven her worth in every genre and is among one of the highest-paid female actors in Bollywood.

Kareena got married to actor Saif Ali Khan on October 16, 2012. In 2016, the two became parents to son Taimur and in February 2021 they welcomed Jeh. Saif was married to Amrita Singh before Kareena and they have two children together, Sara Ali Khan and Ibrahim Ali Khan. The couple has worked together in LOC Kargil (2003), Omkara (2006) and but it was on the sets of the 2008 film Tashan that they fell in love with each other.

Kareena has recently wrapped up the shooting of her next film, which is based on the book The Devotion Of Suspect X. It also stars Vijay Varma and Jaideep Ahlawat. She is also a part of director Hansal Mehta’s next film.