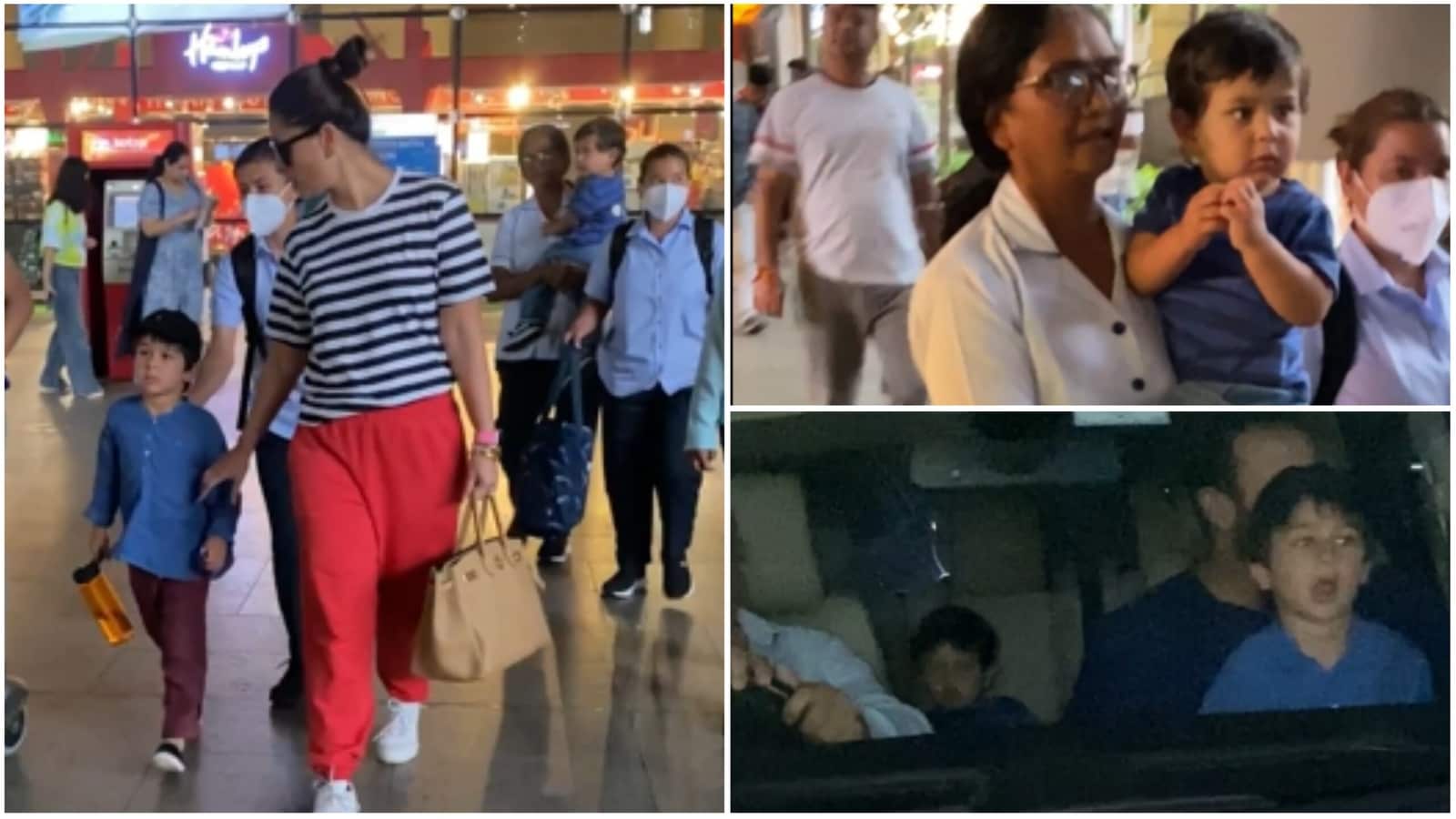 Kareena Kapoor and Saif Ali Khan have returned to Mumbai following their week-long holiday in his ancestral home at Pataudi. Kareena and Saif arrived at the Mumbai airport on Sunday night with their sons Taimur Ali Khan and Jehangir Ali Khan. The family had been holidaying at Pataudi Palace in Haryana. Also Read| Kareena Kapoor’s stocked library grabs all attention in new pics

In a video shared by a paparazzo account on Instagram, the family arrived at the airport together and quickly made their way to their car. Saif Ali Khan, wearing a blue kurta and white pyjama, led the pack, while Kareena followed in a zebra print top and red track pants.

At one point, Kareena held Taimur’s hands as he started drifting away and walked with him. Jehangir was being carried by his nanny and looked on as the paparazzi photographed him. Both Taimur and Jeh were twinning in blue T-shirts. As they reached their car, Taimur quickly made his way to Saif’s lap in the front seat, while Kareena sat next to Jeh in the back and rubbed his head. Saif waved to the camera as they left the airport.

Kareena had been sharing pictures from the vacation on her Instagram account. She shared a video of her playing badminton with Saif at the palace and captioned it, “Some Monday sport with the husband… not bad.” She also shared pictures of Taimur plucking homegrown veggies from a farm. Sharing a series of pictures in which Taimur appeared busy plucking radishes, she captioned them, “Garam garam mooli ke parathe (piping hot parathas filled with radish) with ghee for lunch.”

She also shared a series of no-makeup selfies in which she posed in a T-shirt. She captioned them, “Obviously not been to YALE… but just posing and pouting in the tee shirt. #WednesdayWisdom.”

Kareena was last seen on screen in Laal Singh Chaddha opposite Aamir Khan. The remake of Tom Hanks-starrer Forrest Gump released in theatres on August 11. She will be next seen in Sujoy Ghosh’s adaptation of The Devotion of Suspect X. The Netflix project marks her OTT debut. Saif is preparing for the release of Vikram Vedha, in which he stars alongside Hrithik Roshan, Radhika Apte, and Rohit Saraf. The film is scheduled to hit theatres on September 9.