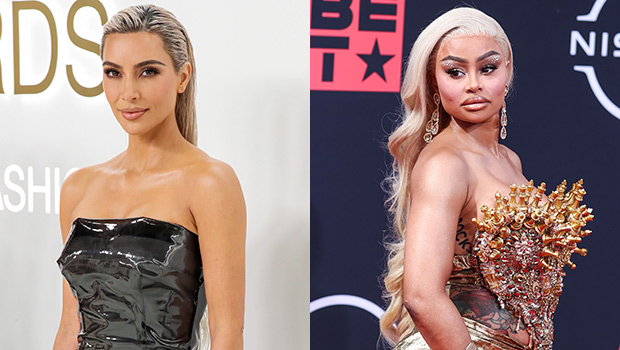 Kim Kardashian was in the middle of an intense workout session for the 2022 Met Gala when she got news that it was time for closing arguments in her family’s court case against Blac Chyna on the Nov. 10 episode of The Kardashians. Chyna, who has a daughter with Rob Kardashian, sued Kim, Kris Jenner, Kylie Jenner and Khloe Kardashian for defamation and interference with a contract, claiming that they were the reason a second season of Rob & Chyna never aired on E! However, Rob and Blac had split before filming their second season, which was the KarJenner’s defense in the case.

Despite needing to slim down to fit into Marilyn Monroe’s dress at the Met, Kim put her workout on hold to attend closing arguments. “I need to be there, obviously as a defendant of the case, but also as an aspiring attorney,” Kim explained. “I need to see the closing arguments and see how they piece it all together. This is the first real trial that I’ve seen, which is the best law school you could imagine.”

This episode was filmed at the end of April 2022, after Kim had passed the Baby Bar exam and was continuing her law school journey. “I’ve been taking notes during this trial,” she admitted. “It was so interesting to see that you have to follow the proper process in order to get evidence submitted. It’s definitely really scary. I’ve never really been through a full trial where I’m up for something. It’s just so interesting to be living it and learning it all at the same time. There’s not a chance I’m missing this. This is what I live for.”

The family was traveling to New York for the Met as they waited for a verdict to come in. “I’m literally panicking about tomorrow,” Khloe told Kris, as they flew on Kylie’s private plane. “Not just the Met, but the f***ing verdict. The facts are the facts. The fact that we’re even in a trial blows my mind. Now we’re just trusting 12 people who are going to decide? That’s why I’m nervous. I’m just so confused. Why is it taking so long? To me, it’s an open and shut case.”

Kris tried to assure Khloe that the family “didn’t do anything wrong or dishonest,” but admitted that “nothing surprises” her anymore. With just one day to go until the Met, the verdict was still looming. “As amazing and as fun as this is, we are in the middle of a trial right now and we are still waiting for the verdict,” Kylie said. “This trial, honestly, has been very, very stressful. We want it to be over with, honestly.” Kim added, “We just obviously want this behind us. It’s been super stressful. I think we should just focus on the Met and the good times and a big, fun sister moment, no matter how it goes.”

The verdict came in just hours before the red carpet, and the jury ruled in the Kardashians‘ favor. The family did not have to pay any damages to Blac Chyna. However, she has vowed to appeal.