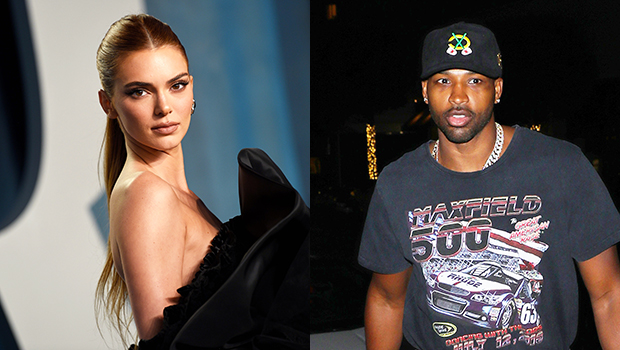 The season 2 premiere of The Kardashians featured Khloe Kardashian opening up about her second baby for the very first time. After months of not talking about the baby on-camera, Khloe finally decided to come clean. She revealed that her and Tristan Thompson’s embryo was implanted in their surrogate just before Thanksgiving. That was just over a week before news broke that Tristan had fathered a baby with another woman (Maralee Nichols). Court documents revealed that Tristan had known about his baby with Maralee since at least July 2. Khloe was devastated to learn that he’d been pushing to have another child with her when he knew that another baby was already on the way.

When Khloe found out that Tristan had cheated on her and fathered another child, she hadn’t even told anyone in her family about her second baby yet. “It’s just been a lot to go through all at the same time,” she said, through tears. “It’s supposed to be a really exciting, amazing time and it’s just a different experience. Time’s ticking and I keep burying my head in the sand, but that doesn’t do anything.”

Luckily, Khloe had the support of her family during the incredibly difficult time. The premiere episode featured Khloe speaking with various family members about the “s****y” situation, and all of them standing by her as best as they could. In one scene, Kris Jenner, Kendall Jenner, Kim Kardashian and Kylie Jenner even met up to vent about the situation without Khloe there.

“[Tristan] was encouraging Khloe to go forward with this while [he] knew that that was also happening. It’s almost like he wanted to trap her,” Kendall said during the pow-wow. Kris agreed, adding, “Well, he wanted to hang onto her, for sure, and thought that maybe if they [had a baby] she would marry him.” In a confessional, Kylie said that she was “really disappointed” in Tristan and ranted that what he did to Khloe was “really f***ed up.” She also called his actions “unforgivable.”

In the months leading up to her second baby’s birth, Khloe wasn’t finding herself able to get excited about the situation because of everything else she was going through. Kris came to the rescue, though, and threw her an adorable, Leo-themed baby shower. The intimate affair was only attended by family members and some extremely close friends. Khloe was beyond grateful to have the support of her loved ones