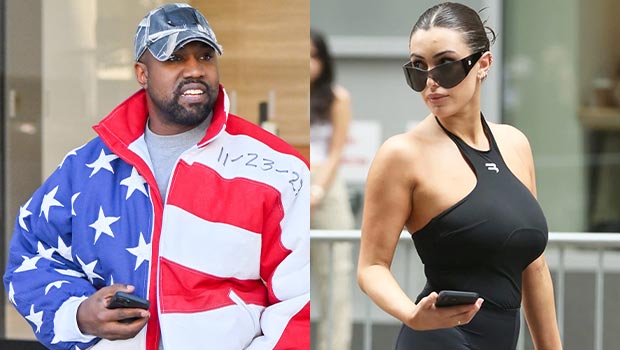 Meet the parents! Kanye West has reportedly set plans in motion to meet his new in-laws after he secretly wed Bianca Censori, YEEZY’s head architectural designer from Australia. The controversial rapper is expected to fly to Melbourne “to meet her family,” according to a report from The Herald on Sunday, January 22. The pair will “spend time in Ivanhoe, east of the CBD, where Censori grew up,” the source for the outlet added.

Bianca’s family may indeed welcome the “Famous” rapper with open arms, as they already broke their silence on the matrimony news and called it “exciting.” One of Bianca’s sisters, Angelina Censori, went ahead and spilled the tea last week before asking for a little privacy to let it all sink in for the family. “It’s very exciting news for both my sister and the family but we choose to have some privacy for the time being,” she told the Herald Sun. Alyssia Censori, one of Bianca’s cousins, added that she is “super happy for them both.”

The family’s statements came a day after the Grammy winner, 45, and the gorgeous designer, 27, reportedly took their red-hot romance to the luxurious Armangiri resort for a honeymoon. Located on 600 acres in Utah’s Grand Circle of National Parks and Monuments, the incredible spot was the perfect spot for a private celebration. The high-end hideaway is also all about a pampering experience with its average rate being $5,000 a night.

Meanwhile, Kanye’s ex Kim Kardashian doesn’t appear affected by the surprise union. “Kanye did not tell Kim prior to getting married, so she does not know either way if this was legal but she is hearing that it was just a ceremony,” a source EXCLUSIVELY told HollywoodLife. “She does not care either way and is not giving it any thought. Kim does not care what he does with his romantic life, as long as he keeps up his duties as a father to their kids.”

Kim filed for divorce from Kanye in February 2021 after six years of marriage, citing “irreconcilable differences.” The couple, who share daughters North, 9, and Chicago, 4, and sons Saint, 6, and Psalm, 3, have now tied up any loose ends. According to the final settlement obtained by HollywoodLife, Kim and Kanye will get joint custody with “equal access” to their 4 children, while Kim will receive $200,000 a month in child support. As for spousal support, each party waived that in the prenup.