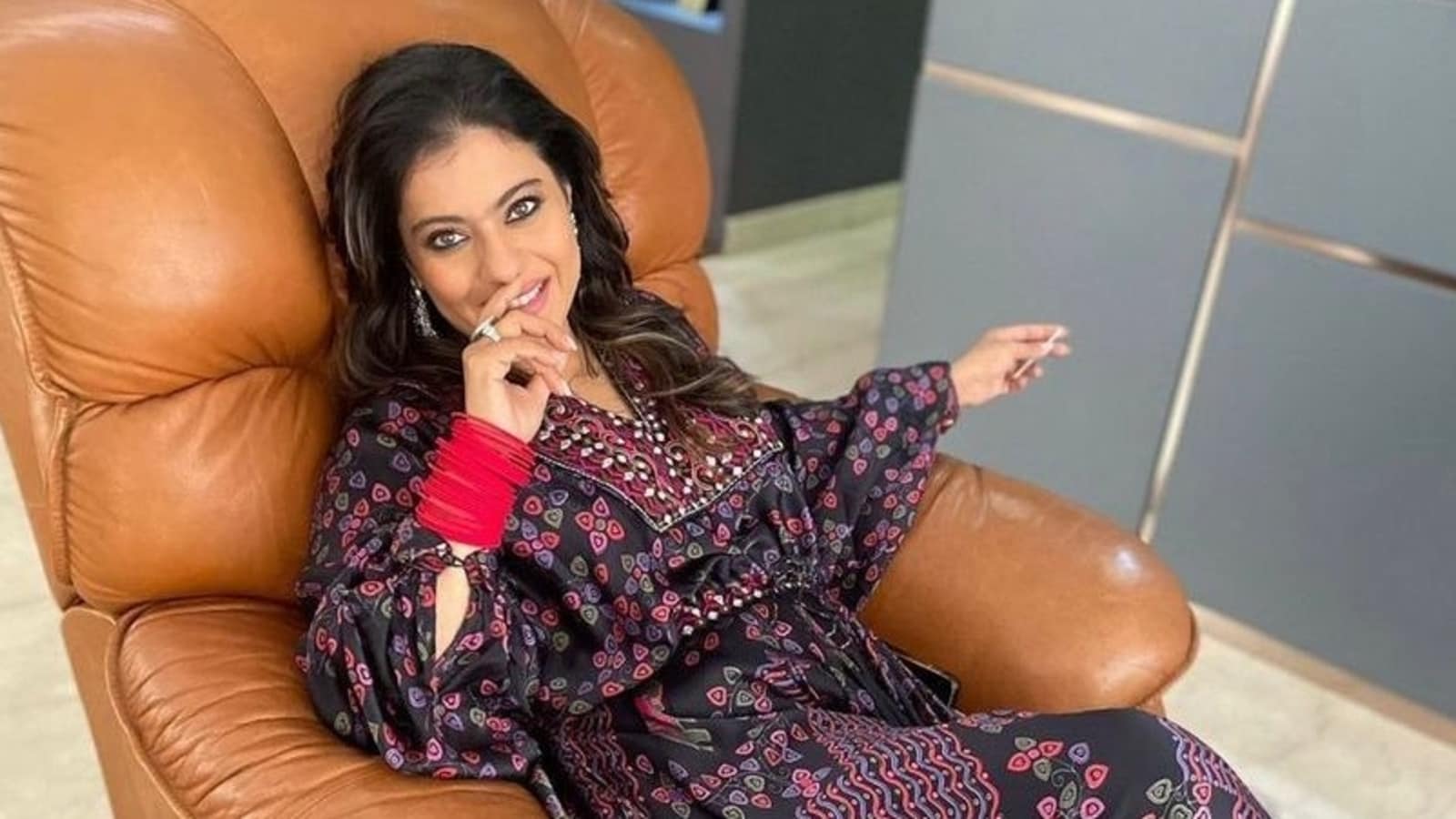 Actor Kajol took to Instagram on Friday and shared a picture while relaxing during Salaam Venky’s promotions. She stuck a ‘Thank God It’s Friday’ pose to celebrate the upcoming weekend. In the photo, she sat on a comfortable sofa. (Also read: Kajol shares new photo, says ‘selfie time, styled by me, thought by me, posted by me’; fans call her beautiful)

In the picture, Kajol wore a printed kurta set. She had red bangles as she sat on a single seater sofa. She had her one hand on her face while posing for the camera. She flashed her evergreen smile for the picture.

Sharing the picture on Instagram, Kajol wrote, “That’s my #TGIF pose and #mood.” She used ‘Salaam Venky’ and ‘promotions’ as the hashtags on the post. Reacting to the picture, one of her fans wrote, “Gorgeous lady.” Another fan praised her attire and wrote, “A purple dress, with an elephant pattern, it looks very beautiful, my queen (crown and purple heart emojis).” One person posted a question for the actor, “Are you sure you’re 48? I think you are 26!”

Salaam Venky is produced by Suuraj Sinngh, Shraddha Agrawal, and Varsha Kukreja under the banner BLIVE Productions and RTAKE Studios. It is directed by Revathy. It is slated to release in theatres on 9th December 2022.

The film stars Revathy Asha Kelunni, Vishal N. Jethwa, Aahana S Kumra, Rahul Bose and Rajeev Khandelwal. The story is based on a heroic mother who overcame the most trying conditions with perseverance. Aamir Khan will also be seen in a cameo appearance. The trailer of the movie was released on November 14.

Kajol was last seen in Tribhanga in 2021 with Mithila Palkar and Tanvi Azmi. The film was directed by Renuka Shahane and produced by Ajay Devgn Films. It weaved a complex tale that goes back and forth through three generations of the same family, from the late 1980s to modern-day.