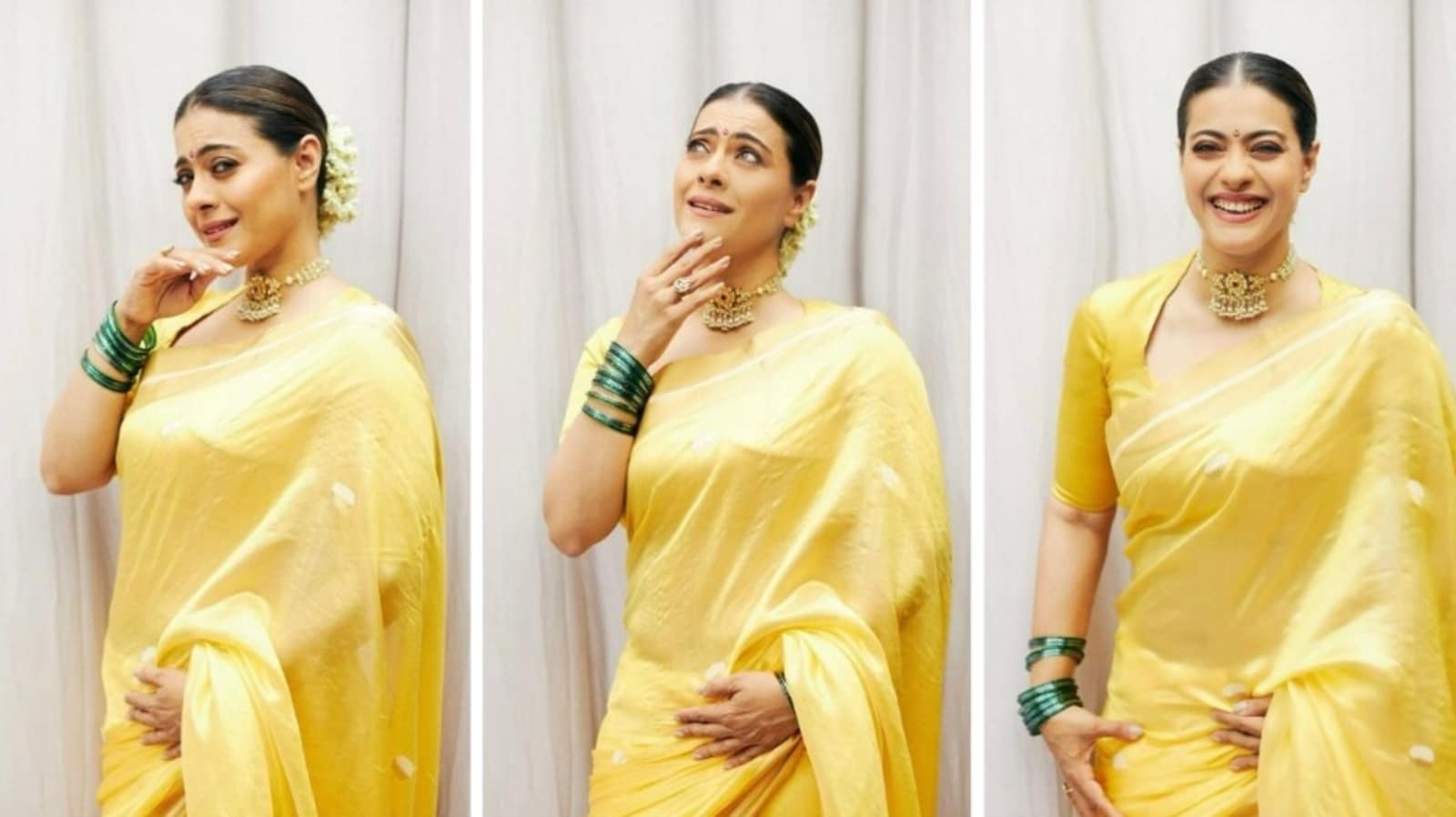 Actor Kajol took to Instagram and shared photos from her Ganesh Chaturthi celebration on Monday. In the pictures, she can be seen smiling, laughing, looking surprised as she posed for the camera. Many have reacted to Kajol’s elegant avatar in the pictures that were clicked during an indoor photoshoot. She wore a yellow saree wearing green bangles and also put gajra in her hair. (Also read: Kajol wears red saree for Ganesh Chaturthi 2022; Kangana Ranaut, Kareena Kapoor, Alia Bhatt share wishes. See pics)

She captioned her post, “Going #ganpatibappa mad! #ganpatibappamorya #lalbaughcharaja, Come on people gimme a smile.” One of her fans commented, “So cute.” Another fan wrote, “You are looking beautiful.” Other fan wrote, “My jewel @kajol.” Many fans dropped heart and fire emojis on her pictures. Later, she was spotted with actor-filmmaker Revathy at Lalbaugcha Raja.

Kajol is one of the most successful actors of the film industry. She made her acting debut with Bekhudi in 1992. She has starred in many popular movies like Dilwale Dulhaniya Le Jaayenge, Gupt, Pyaar Kiya To Darna Kya, Pyaar To Hona Hi Tha, Kuch Kuch Hota Hai, Kabhi Khushi Kabhie Gham, Fanaa and My Name Is Khan. She got married to Ajay Devgn in 1999. On April 20, 2003, the two welcomed their daughter Nysa Devgan. Seven years later, on September 13, 2010, their son Yug Devgan was born.

Recently, she shared a post on her 2020 film Tanhaji: The Unsung Warrior winning three awards at the 68th National Films Awards. Actor Ajay Devgn was the lead in the period drama, in which Kajol played his wife Savitribai Malusare.

Last year, in January Kajol made her OTT debut with Renuka Shahane’s film Tribhanga, which was released on Netflix. She will soon be making her web-series debut with a Disney+ Hotstar show. She will also be seen in Salaam Venky. The film which is directed by Revathi was announced last year in October. It will also star Vishal Jethwa and Aahana Kumra. Actor Aamir Khan will have a cameo in the film.