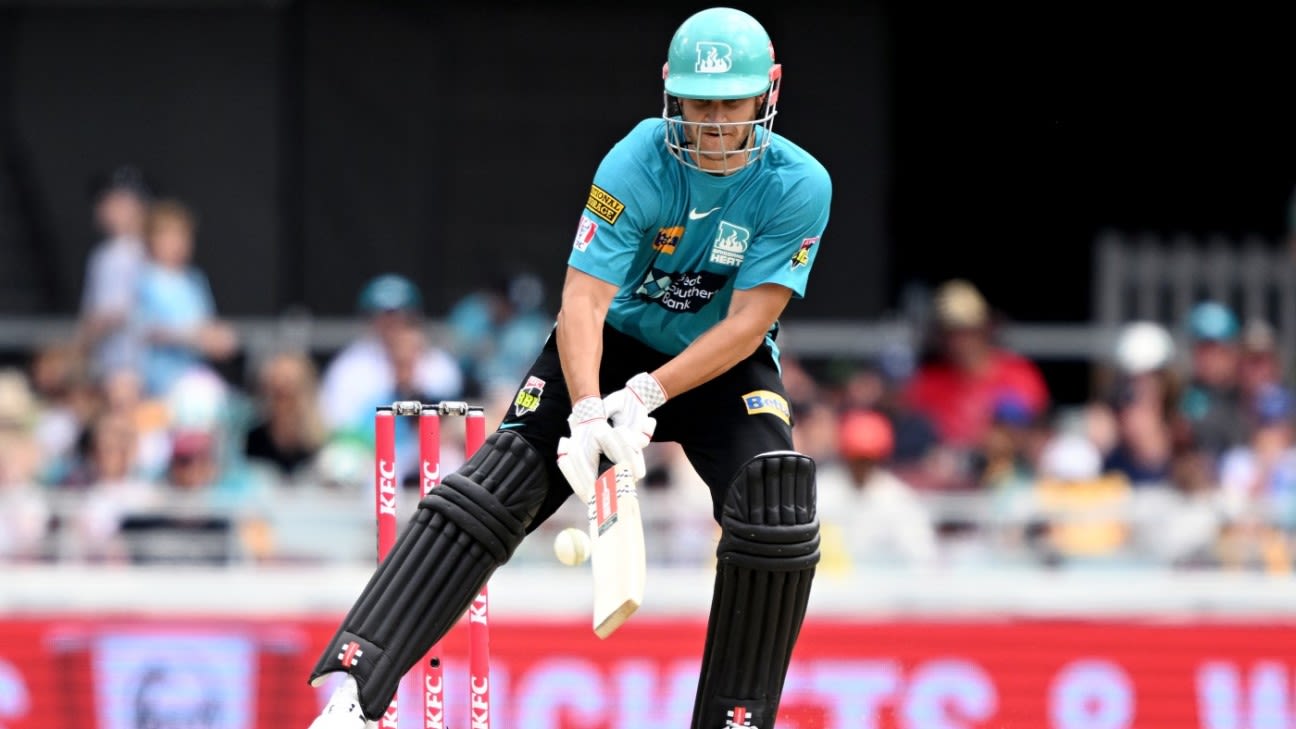 Brisbane Heat’s late season surge towards the BBL finals continued with a thrilling four-run victory over Melbourne Stars at the Gabba.

Left-arm quick Spencer Johnson bowled the last over of the match for the second time in as many games. Stars needed 14 but Johnson contained Marcus Stoinis and Hilton Cartwright with nerves of steel.
Heat’s win was set up by an unbroken 133-run stand by wicketkeeper Jimmy Peirson and English import Sam Hain who lifted the home side to 188 for 4 batting first.

The last-placed Stars needed 44 with 14 deliveries to go before Cartwright and Stoinis were both caught off full tosses that were correctly ruled over the waist.

The pair walloped sixes and fours to set up a final ball showdown. Johnson unleashed the perfect yorker and kept Stoinis quiet.

Heat, on 13 points, can now wrap up a top-five finals position with a win over Hobart Hurricanes in Launceston on Wednesday. The table is that tight the Heat could finish as high as third or still miss the finals, depending on results.

Stars opener Tom Rogers smashed 41 off 20 balls to get the visitors moving quickly in pursuit of the total in an innings that included three huge sixes over the leg side.

Earlier, Hain and Peirson came together at 55 for 4 in the seventh over and paced their liaison to perfection by taking 30 runs off the two power surge overs to up the ante.

Peirson, playing his 101st BBL game for Heat, was pugnacious square of the wicket while Hain unfurled a vast range of shots, including a reverse ramp for six. It was a rescue mission that could yet prove decisive in ensuring the Heat play finals.

He blasted out Josh Brown and Marnus Labuschagne in his opening two overs and almost had Matt Renshaw first ball. Renshaw ran himself out for 7 when he took on mid-off Adam Zampa and lost.