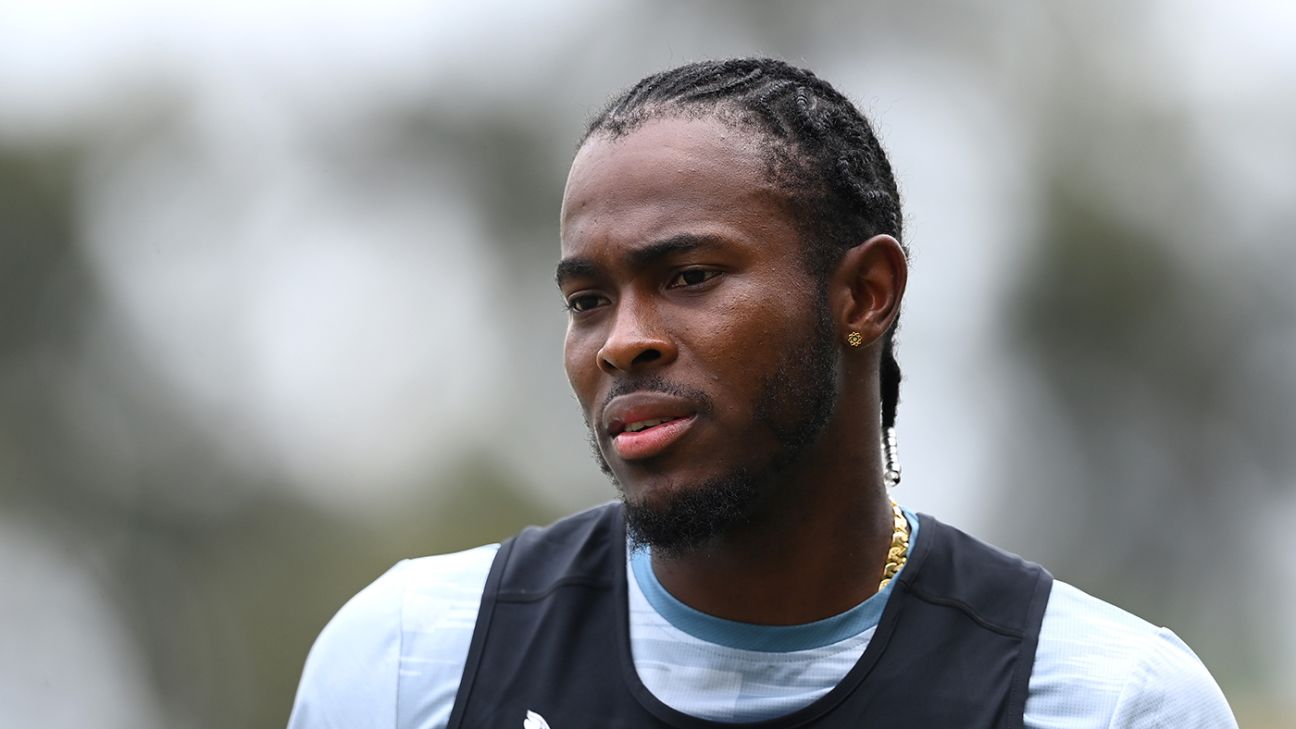 Jofra Archer has rated himself “about 80 percent” fit ahead of his long-awaited return to international cricket during England’s ODI tour of South Africa.

Despite his protestations that “there’s no reason to look back”, Archer is doing just that as he aims to pick up where he left off after nearly two years away from the international game, with this year’s itinerary offering him the chance to replicate his remarkable impact in his debut summer as an England player.

“Hopefully it can be a repeat of 2019,” Archer told reporters in Bloemfontein ahead of the opening game of the series. “We’ve got again a 50-over World Cup and an Ashes in the same year so more of the same, please.

“There’s no reason to look back. I’ve done my time and I’m here now. That’s the most important thing. I’d probably say I’m about 80 percent. Just some fine-tuning now.

“I know whenever I’m fully fit, I don’t think there’s much that can stop me, it’s just a matter of when that was going to be. Playing cricket again for the first time a few weeks ago, [I’m] still riding off that wave of emotions right now.

“Hopefully in two days it can go up another level. It’s just been good to play cricket and actually not have to worry about if my body’s going to give way. I think that was the most important tick for me so far.”

Despite missing England’s T20 World Cup victory in November, Archer was keen not to dwell on his time spent on the sidelines, saying he had found solace in caring for his six pet dogs while recuperating in Barbados.

“I went a bit crazy probably a month after I got back to Barbados, I got about five dogs in the space of four weeks,” Archer said. “The routine kept me going – shovelling lots of poo and feeding lots of dogs! And I had my friends, my family, and the gym.

“I’m not going to be upset or bitter about how the timing’s been. I think everything happens for a reason and I guess there’s a reason I’m here in South Africa right now.”

Matthew Mott, England’s white-ball coach, was also relishing the thought of being able to call upon Archer’s talent for the first time since taking up the post last May.

“Having watched him from a distance, I think he’s one of the most exciting things to have happened in cricket for the last decade,” Mott said. “He’s full throttle, fast and brings such energy. He is one of those guys that if you are there sitting in the pub and he’s bowling, you’re watching. That’s a big thing to have.

“Everyone here will get a lift with him around. Bowlers like him and Mark Wood, those with extreme pace, give everyone that little bit extra confidence and fun around playing the game. He’s spent a lot of time out and I know he’s absolutely frothing to play. It will be great to have him.”

While Wood is not in South Africa, Archer is joined by fellow seamers Olly Stone, Reece Topley, David Willey and Chris Woakes in the squad for the three-match series, which begins with two games in Bloemfontein before moving to Kimberley.

Archer played five matches for MI Cape Town in the SA20, taking eight wickets at 18.00 with a strike rate of 7.57. He is expected to play no more than two of the three ODIs against South Africa, which will be contested in the space of six days.

Mott said managing Archer’s comeback ahead of the Ashes and with the World Cup looming in October was “not an exact science”.

“We will work through it with him, see how his body is coping,” Mott said. “I definitely think he is a high priority and he will be managed as well as possible. Part of getting him into the Test summer is making sure he’s bowling enough.

“What he is very big on is not wasting too many balls in practice. He really loves his match balls and that’s a great attest of his resilience. We will keep talking to him about his bowling loads and how he’s going.”