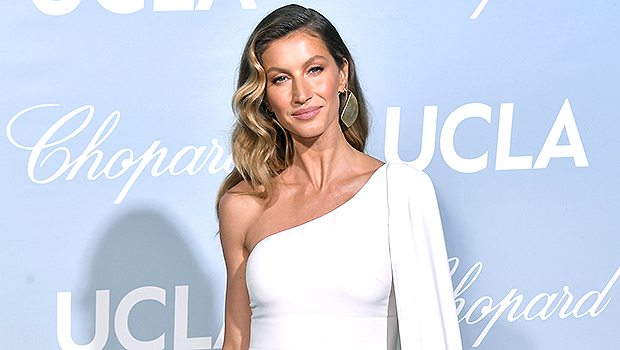 Gisele Bündchen has been legally single for two weeks and it seems she’s already got a potential suitor. The ex-wife of Tom Brady was photographed on Saturday (Nov. 12) having dinner with Joaquim Valente in Costa Rica, where Gisele has lived during the fallout of her failing marriage. The photos prompted speculation that Gisele, 42, wasn’t going to let the grass grow under her feet when it comes to romance. As fans wonder if this is a new chapter in her love life, here’s what you need to know.

He Comes From A Family Of Jūjutsu Practitioners.

“In a span of 67 years, three generations of the Valente family practiced jūjutsu under the direct tutelage of legendary grandmaster Hélio Gracie,” reads the family history section on the Valente Brothers’ website. “Dr. Syllo Valente and his brother, General Eliezer Valente, were the first in the family to discover jūjutsu. A Japanese friend taught the brothers some basic principles of self-defense in the 1920’s. When Carlos and Hélio Gracie opened their famed Academia Gracie in downtown Rio de Janeiro in 1952, it didn’t take long for the Valentes to enroll.”

“The Valente brothers were born into the jūjutsu tradition,” the site lists. “Pedro, Gui and Joaquim began learning jūjutsu from their father before they could walk. At the tender age of two, Pedro, Gui and Joaquim were already taking private lessons from Grandmaster Hélio Gracie. Growing up, the Valente brothers trained daily at the Gracie Academy in Rio de Janeiro under Hélio, Royler, and Rolker Gracie. Pedro Sr. always wanted his sons to learn jūjutsu as a complete fighting system.”

He Is Well Educated.

“The youngest of the Valente Brothers, Joaquim, moved to Miami in 2007 to study criminology at Barry University,” reads the family website. A LinkedIn page attributed to Joaquim lists that he attended Barry University from 2007 to 2011. While studying, Joaquim studied with Grand Master Hélio Gracie.

He Lives In Miami.

Joaquim’s LinkedIn profile lists that he’s based out of Miami Beach, Florida. Gisele has been living in Florida since Tom signed with the Tampa Bay Buccaneers in 2020.

He And Gisele May Have Met On The Mat.

Gisele knows Brazilian jūjutsu – who knew? She gave a preview of her skills in February while shouting out the Valente facility in Miami. “I believe the more tools we have in our toolbox the better. I feel stronger, more confidence, and empowered since I started practicing self-defense,” she wrote on Instagram (h/t Page Six). I feel it’s an important skill for all, but especially for us women. Thank you @ValenteBrothers for being awesome teachers and for making training so much fun. I am looking forward to keep improving. Let’s go!”

He’s Been Teaching Gisele & Her Kids.

“I have always been a seeker and curious person who always wants to dive deeper,” Gisele said in a feature in Dust magazine that saw her practice a few throws and poses while dressed in some major glam. “It’s actually because of my son that I met Joaquim. I have a friend who told me about the Valent brothers and their martial art school, and since I wanted to steer my almost teenage son in the right direction, I thought he might be interested in it. “

“Initially, I wasn’t even considering it for myself, to be honest with you,” said Gisele. “But, when I bought [Ben] into the first class, and started talking with Joaquim, I realized it was much more than self-defense,” Gisele said that her daughter, Vivienne, also got into jūjutsu.”