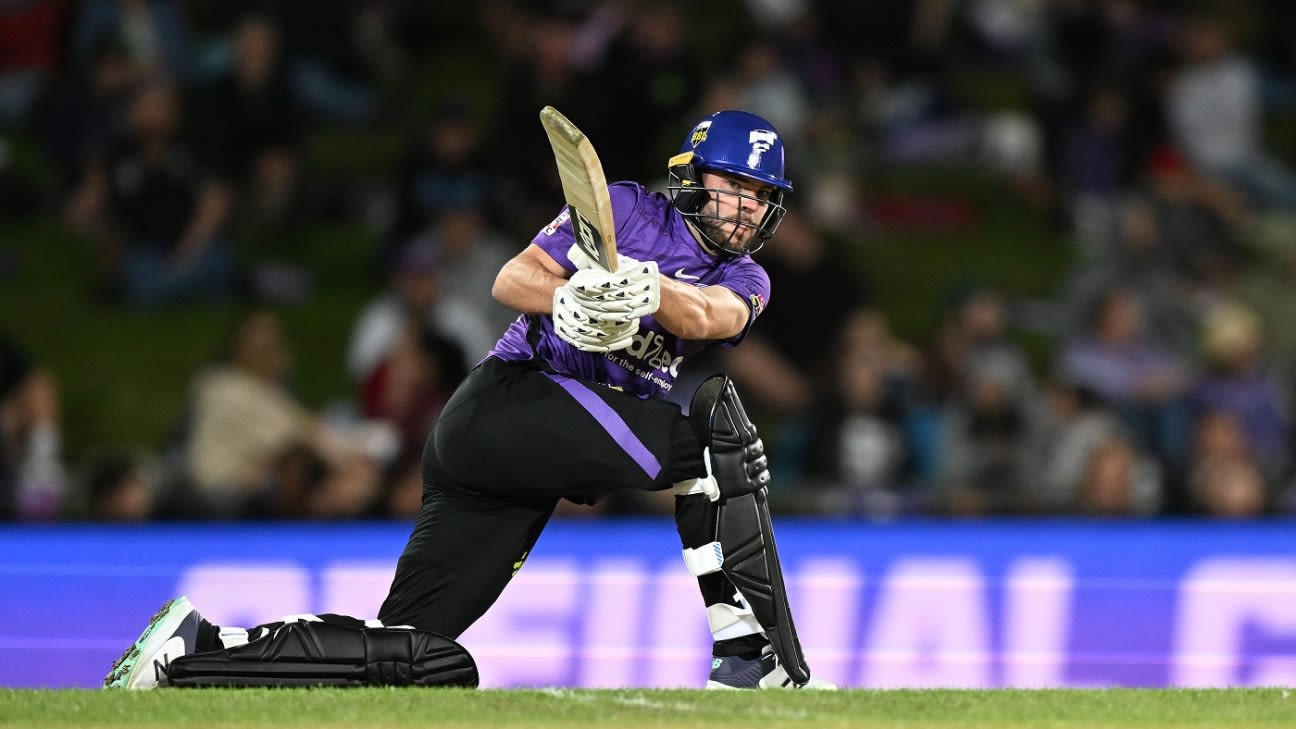 A career-best T20 score of 70 from in-form Caleb Jewell helped Hobart Hurricanes overcome a late meltdown to beat Melbourne Stars by two wickets and keep their hopes of making the BBL finals alive. Hurricanes, 94 for 1 at one stage chasing 132, lost 7 for 35 as they huffed and puffed over the finishing line with 14 balls to spare.
The win moved them level on points with fifth-placed Adelaide Strikers while the loss left the bottom-of-the-ladder Stars with just two victories from nine games.

Coming off scores of 54, 54 and 28, Jewell maintained his rich vein of form, beating his previous best T20 effort of 61 not out. He struck eight fours and two sixes and the left-hander’s aggression always had his side well ahead of the required run rate.

Opener Ben McDermott was bowled by Liam Hatcher for 2, but Jewell and Zak Crawley added 84 off 60 balls for the second wicket to take the side close.

Jewell reached his 50 off just 30 balls with a cover-driven boundary and then smashed a six over midwicket off Luke Wood and another one over deep backward square leg off Adam Zampa.

Hurricanes stumbled to the finishing line once Jewell was caught behind off the impressive Hatcher, who returned his best BBL figures of 3 for 25.

Earlier, Cartwright hit eight of his teams’ 12 boundaries off the bat, with no other Stars batter finding the rope until the 14th over.

Hurricanes’ stand-in skipper Nathan Ellis (2 for 12) gave nothing away and Cartwright and James Seymour were the only batters to challenge the disciplined Hurricanes attack.

A third-wicket stand of 60 between Cartwright and Beau Webster stabilised the innings after both openers fell early. Big-hitting import Joe Clarke was run out after a mix-up and Tom Rogers holed out to square leg In the fifth over. At one stage, Cartwright struck six fours in the space of nine balls but the boundaries dried up for almost eight overs.

Webster, who struggled with his timing to find gaps, broke the drought with a scoop to fine leg, but was out soon after off a leading edge. Stars scored just nine runs off their two Power Surge overs.