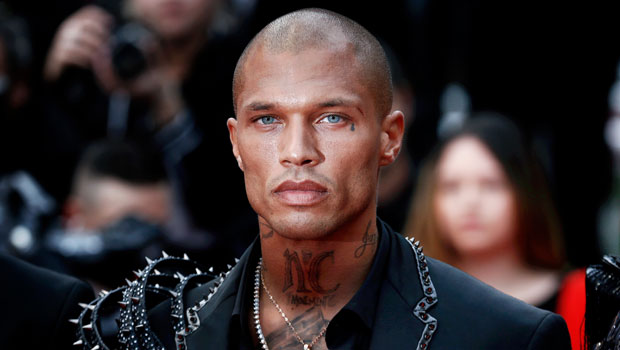 Jeremy Meeks got famous for his ‘hot felon’ looks, but now, he’s capturing the attention of Hollywood with a slew of new movie roles. He spoke with HL EXCLUSIVELY about his new journey!

Jeremy Meeks, 37, may have caught the attention of the country in 2014 for being the “Hot Felon” after a mugshot showing off his handsome looks made the rounds, but now, he’s seeking the attention of Hollywood for his roles. With True to the Game 3, Jeremy returns for the third installment of the crime romance trilogy with a cast that also includes Vivica A. Fox, Darius McCrary, and others.

“I am excited to show the world my versatility,” Jeremy shared EXCLUSIVELY with HollywoodLife in a recent interview. “I am so much bigger than these roles and these roles are big, and I can showcase so many different layers,” he went on. “A romantic comedy, or just a comedy or a thriller or a suspense. I can do it. I can do it all and I am excited to show everyone and do it all and not just killer roles.”

The actor went on to share how he felt he has changed for the better as well, since moving on from a life of gang activity in California. “I wake up every single day and try to be a better person than I was yesterday. Physically, mentally, emotionally, spiritually,” he revealed. “The work doesn’t stop. I am trying to be a better actor, a better father. I can always know that I can always do better, and the work doesn’t stop. Just need to stay blessed.”

Elsewhere in the conversation, Jeremy shared how he would love to work with the “legendary” Denzel Washington someday, considering his inspirations. “He is my favorite. Just his energy and his aura and watching all his interviews,” he shared. “The way he speaks and how raw and honest he is … I would love to just be a sponge and listen to his wise words.”

Considering where he goes from here, the model noted that he would be willing to “do it all,” from the aforementioned varying genres to Marvel movies to … well, pretty much anything! “I would not want to place myself in any box,” he revealed. “I also am going to start writing and producing and possibly directing. Why not? I have so many stories and so many stories that I have been through that are movies just in them self. So, I am very excited for the future.”