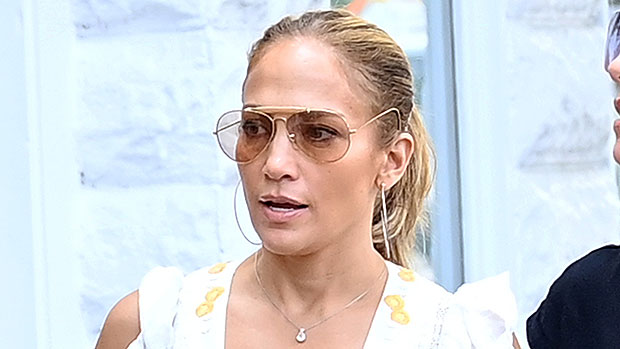 Jennifer Lopez looked beautiful as she spoke to her fans on July 17 from the comfort of her “favorite place,” the bathtub. That’s right: The 51-year-old global superstar took to her Instagram Story to catch up with her fans and tell them about a new beauty product dropping on her JLo Beauty line as she was soaking in a bubble-filled tub. Jennifer began her video by noting that she had a “long day” and was “prepping for a show”, hence why she was spending some time relaxing in the tub. The “On The Floor” singer looked radiant and had a flawless complexion as she gushed about the new overnight serum dropping on June 20 that she promised fans is like a “facial in a bottle” and will give them a gorgeous glow. As the bath’s bubbles covered all the areas she didn’t want people to see, she concluded, “That’s the seriously sexy science that we try to put together for you guys at JLo Beauty, so enjoy!”

Jennifer certainly enjoys a nice soak before any big event. Before attending the 2022 MTV Movie & TV Awards, at which she received the Generation Award, she posted two snapshots of herself in a bubble bath holding her phone. “Happiness is a long hot bubble bath (even if you have to take a quick call!) See you later @MTV!!!!” she captioned the post.

Jennifer gave an emotional speech after she accepted her award, in which she reflected on her impressive resume of movie roles over her decades-spanning career and thanked anyone she interacted with along the way. “I look at those movies and I see all the wonderful people that I’ve been blessed to know and to work with. You’re only as good as the people that you work with, and if you’re lucky, they may make you better. And I have been very lucky in that regard,” the Bronx native said. “As an actor, I’m not any of the women that I’ve played, but there is a part of what is deeply true to me in each one of those characters,” she continued. She then went on to recount the trials and tribulations of her career as she mentioned various people and experiences that helped mold her into the actress she is today.

Jennifer’s bare-skinned video came just days after she opened up about the scrutiny she faced over her body type in the industry when she was starting out. “When I started working, the beauty ideal was very thin, blonde, tall, not a lot of curves,” J.Lo said in her Netflix documentary, Halftime, which premiered June 14. “I grew up around women with curves so it was nothing I was ever ashamed of.” Despite being comfortable in her skin, she admitted the constant public criticism wasn’t easy to take. “It was hard, when you think people think you’re a joke. Like you’re a punchline,” she noted.

Opening up about the general criticism she received about every facet of her life, the mother of two said, “I just had a very low self-esteem. I really believed a lot of what they said, which was that I wasn’t any good. I wasn’t a good singer, I wasn’t a good actress, I wasn’t a good dancer, I wasn’t good at anything. I just didn’t even belong here. Why wouldn’t I just go away?”

Luckily, Jennifer kept pushing though the doubt and is now considered a style icon. She has certainly come a long way since the early days of her award-winning career!