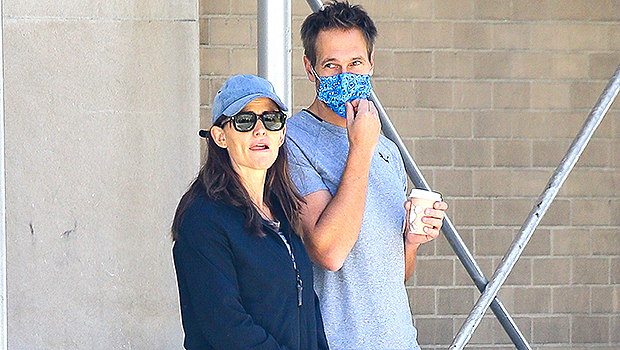 Jennifer Garner, 50, has dated businessman John Miller, 44, on and off for four years. And although her ex Ben Affleck‘s romance with fiancée Jennifer Lopez is highly publicized, Garner and Miller are in a “really good place” amid their low-key love life.

“Jen and John Miller have had some ups and downs, but are in a really good place right now and very much together,” a source close to the A-list actress EXCLUSIVELY told HollywoodLife. While Garner was most famously married to the Batman star for 13 years and shares three kids with Affleck (Violet, 16, Seraphina, 13, and Samuel, 10), she since sparked a connection with the handsome CaliBurger CEO, who shares two children with ex-wife, Caroline Campbell.

“They are both divorced and he has two children of his own, so they understand each other and can relate to where they are in life. Like J.Lo and Ben, their kids have met each other and they are becoming a blended family of their own. Jen’s children may have two half siblings on both sides one day and it is a lot easier for their three children knowing that both of their parents are happily in love. Ben has known John for some time and he knows what a good father he is, so he respects John. Don’t expect a double date between the four of them, but everything is good and there is no bad blood.”

Ben Affleck & Jennifer Garner With Their 3 Kids: See The Family Together

As we previously reported, Garner was first linked to the businessman, who is also the CEO of CaliBurger’s parent company Cali Group, in Oct. 2018. That happened to be the very same month the Yes Day star finalized her divorce with Ben. By that point, Jen and John had reportedly been “together six months” and were “getting pretty serious.” They made their very first public appearance together to go on a movie theater date in Nov. 2018.

Jennifer Garner’s Husbands: Everything To Know About Her 2 Previous Marriages