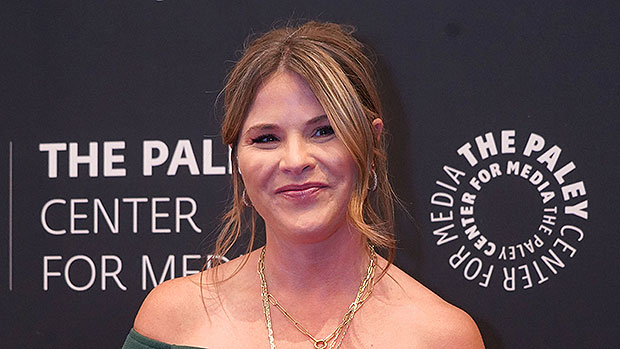 Jenna Bush Hager, 40, isn’t afraid to admit she doesn’t wear underwear. The daughter of George W. Bush and Laura Bush talked about her decision to not don the undergarment when Hoda Kotb brought it up on the Wednesday episode of Today with Hoda and Jenna, People reported. “I was a little surprised because Jenna and I know a lot about each other,” Hoda told viewers during a discussion on the NBC show.

She went on to explain that she found out that Jenner “never wears underwear” right before the show, when they had to change in the dressing area. “I just had a little shock with it,” she said when talking about when she “noticed.” Jenna didn’t hold back in defending her decision to go commando.

“I think it makes a more pretty silhouette!” she said. “I also think you don’t have to pack as much. There’s a lot of pros to it!” She also admitted to being a bit embarrassed about Hoda bringing it up on air.  “You promised me you wouldn’t do this! There’s a lot of people here!” she jokingly exclaimed to her fellow host. “I’m sure my mom has never been more proud.”

The discussion on the lack of underwear didn’t stop there. Hoda gave her take on the benefits to Jenna’s choice. “It actually does make life a lot easier,” she said before adding, “It’s a lot of washing of clothes, over and over.”

“[Hoda] said, ‘Do you wash your clothes?’ and I said, ‘Yes, I do.’ But it’s also not like I’m sharing your jeans with you,” Jenna responded. “Though I do steal Savannah [Guthrie]’s pants on occasion,” she added before addressing Hoda with, “And I do want to borrow that red suit of yours. Can I?”

“Yes, you can, anytime,” Hoda assured her. “I’ll wear underwear,” Jenna then joked.

Presidential Daughters Of The Last 20 Years: From Chelsea Clinton To Ivanka To Biden’s Two Girls

Jenna and Hoda’s funny exchange about underwear comes just three days after they started filming in front of a live studio audience once again. They temporarily returned to Studio 6A in New York City, NY where they previously filmed the show. “We miss it and we love it,” Hoda reportedly said about returning. “This is so important to us but there’s something about sitting among the people you love.”