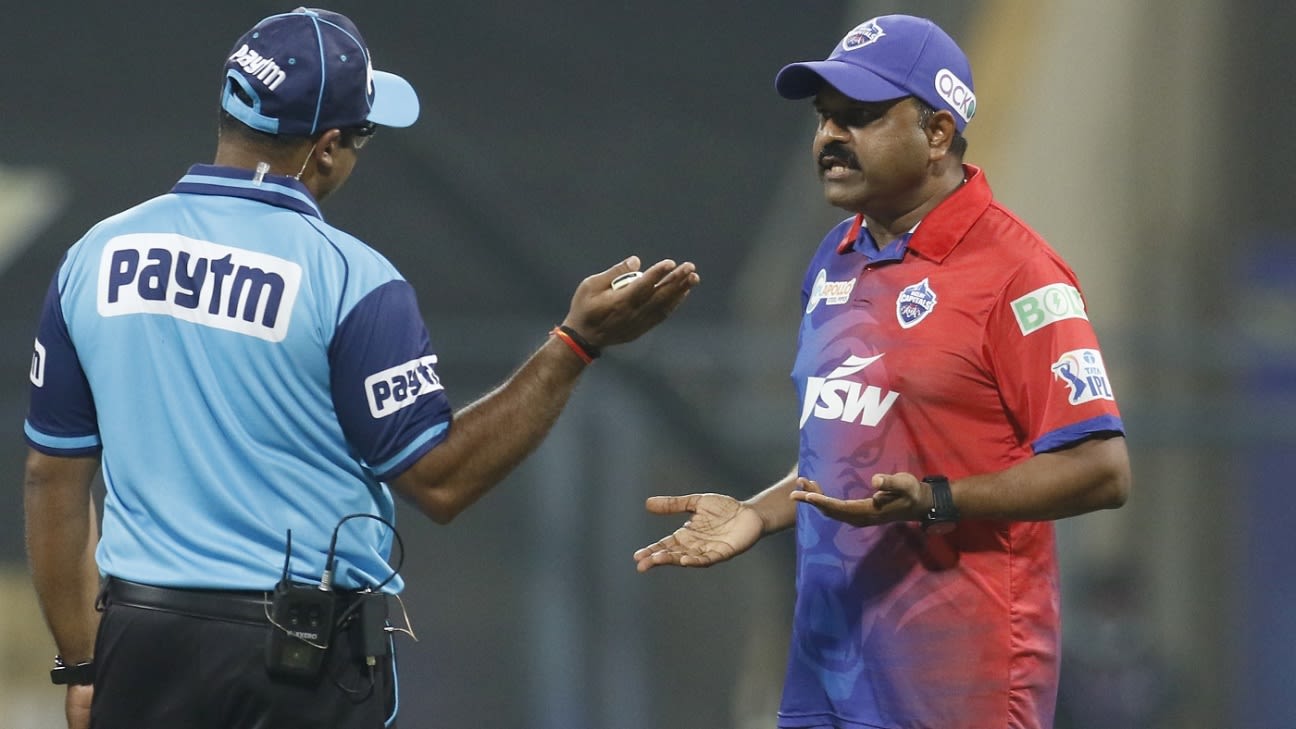 Mumbai Indians head coach Mahela Jayawardene believes there should a discussion on whether the relevant rule can be tweaked, allowing the third umpire to alert the on-field umpires for over-the-waist no-balls. Jayawardene’s view is significant, considering he also sits on the ICC’s Cricket Committee, the panel which oversees the playing conditions in international cricket.

“Probably, the umpires did get it wrong, but the rules say that you can’t go to the third umpire or check on those things,” Jayawardene said on The ICC Review.

“It is something, I think, going forward we need to look at: whether [there is] the option for the third umpire to come on the field, on to the main umpires and inform them that it’s a delivery you should check. But… the spirit of the game, and to see things moving forward, it’s never an option for any coach or any player to come on to the field.

“We are given an opportunity during the strategic time-out to come out in IPL, and that should be the only time the coaches or anyone else should be allowed.”

Three members of the Capitals’ contingent – captain Rishabh Pant, assistant coach Pravin Amre and bowling allrounder Shardul Thakur – were penalised by the IPL for breaching the code of conduct. Pant was fined his entire match fee, as was Amre, who was also handed a one-match ban; Thakur received a 50% fine.

Those penalties resulted after Pant asked Amre to walk on to the field to speak to the on-field umpires about why they did not call the third delivery of the final over of Capitals’ chase a no-ball. Chasing 222, Capitals needed 36 runs from thee final over, which was bowled by Royals’ quick Obed McCoy. The target suddenly became not so impossible after Rovman Powell hit three consecutive sixes off the first three balls.

But the third ball, which Powell had pulled over deep midwicket, was a high full toss. Capitals would have got a free-hit had it been deemed a no-ball, with the equation in that case reading 17 to get from four deliveries.

While Powell and his batting partner Kuldeep Yadav argued with the umpires, Pant gestured them to come off the ground. Eventually, Amre was sent in. Pant admitted he had got carried way in the “heat of the moment”, but believed it was a no-ball, and that the third umpire could have “interfered”.

Jayawardene said it was a “disappointing” incident, but stressed that a coach or a player should never enter the playing field barring the time-out break. “It is disappointing to see that – you are stopping the game, and people are coming on to the field,” he said. “But I honestly believe it was just the emotions carrying away. It was just the last over, a couple of sixes were hit and there was probably an opportunity [for Capitals to chase down the target].”

Former Australia allrounder Shane Watson, who is also an assistant coach at Capitals, differed with Pant and said the umpires’ word was final and binding. Jayawardene said he had told the Mumbai dressing room the same when the incident was discussed.

“We saw it on TV. Most of the guys were watching it together, and afterwards as well, we had a chat. We will probably react in the dugout, but [for us] it’s never an option to go onto the field. That’s not the way things should be, but I’m pretty sure Rishabh and Pravin would regret what happened.

“And Rishabh in his interview rightly said that it was because of the emotions how it happened. We need to give the benefit of the doubt [to Pant] and move on.”

The playing conditions – both in international cricket and in IPL – allow the third umpire to check for a no-ball only when reviewing a dismissal.

It remains to be seen whether the ICC Cricket Committee will bring up the waist-high no-ball topic for discussion at its next meeting. The Committee, which usually meets a few times a year, has BCCI’s top administrators sitting on it: Sourav Ganguly, who replaced Anil Kumble as the chairman, and Jay Shah, who was added last month as representative of Full Member boards.