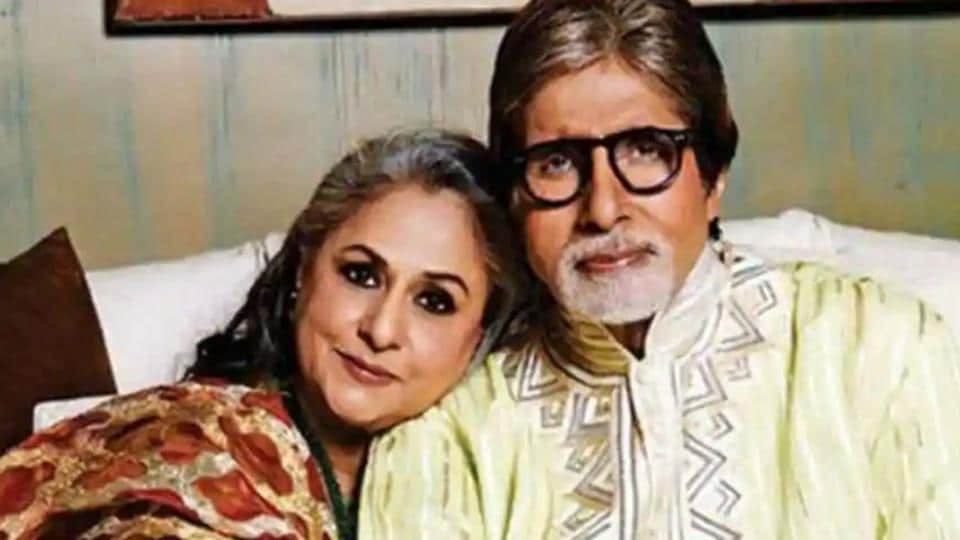 Jaya Bachchan recently shared that her husband Amitabh Bachchan is not exactly the happiest person when her friends visit their home. The actor also said that Amitabh has grown into a typical old person. She made the revelation in a recent conversation with her daughter Shweta Bachchan and granddaughter Navya Naveli Nanda. Also Read| Navya says Jaya Bachchan ‘would bash a lot of people up’

In the latest episode of Navya Naveli Nanda‘s new podcast What The Hell Navya, the three generations of Bachchan women discussed their friendships. During the chat, they shared that Jaya has a group of seven women friends, whom she has known for at least four decades. They referred to the friend group as ‘saat sahelis (seven friends).’

They discussed that while Navya, Shweta, as well as Abhishek Bachchan, and Agastya Nanda are very happy and friendly when the group visits, Amitabh Bachchan is grumpy about it. Jaya Bachchan told Navya, “Your nana is like, he is the grumpiest. He will say ‘I have to go up, excuse me ladies. If you don’t mind’ and something something. Actually they are quite happy that he is not there.”

When Navya said it’s because Jaya’s friends may be conscious of Amitabh’s presence, the actor clarified, “Not conscious. They have known him for ages, but he has changed now. He is old also. You know you can be old old, and you can be old but not old.” Navya and Shweta teased Jaya that she wants to say she is a ‘young old’ person, and the latter insisted, “Come on, I am not (an old old person). I can sit and have a conversation with an 18-year-old.” Navya agreed that Jaya is not a ‘grumpy granny.’

Amitabh Bachchan turns 80 on October 11 this year. In June 2023, he and H. Amitabh’s next theatrical release is Vikas Bahl’s Goodbye, which releases this Friday. The film also stars Rashmika Mandanna. Jaya Bachchan will be next seen on the screen in Rocky Aur Rani Ki Prem Kahani alongside Alia Bhatt, Ranveer, Singh, Shabana Azmi, and Dharmendra among others.