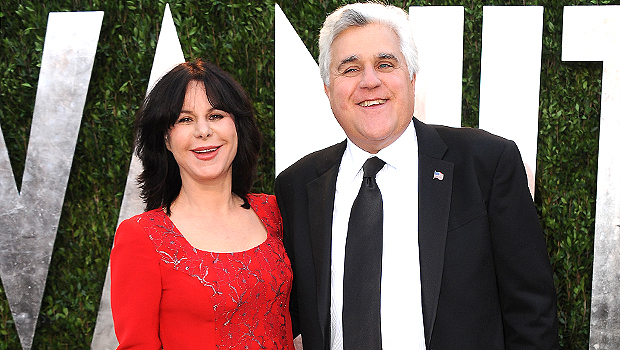 Jay Leno was hospitalized for burns on Sunday, November 13. The comedian was taken to the Grossman Burn Center following the incident and canceled appearances as he recovers. “I got some serious burns from a gasoline fire. I am ok. Just need a week or two to get back on my feet,” he said in a statement to DailyMail. Through his recovery, he’ll have his wife Mavis Leno, 76, by his side.

Jay is one of the most easily recognizable comedians in America. While he got his start in clubs, he quickly became known for guest co-hosting The Tonight Show to fill in for Johnny Carson. In 1992, Jay took over the show, where he remained host until 2014, save for a brief period when he moved to primetime when Conan O’Brien hosted the show. After 20 years behind the desk, Jay moved on to more personal projects, focusing on standup and his love of cars, which led to the show Jay Leno’s Garage.  Throughout his career, Mavis has been by his side. Find out more about her and her relationship with Jay here.

1. Jay and Mavis met early in her career.

Long before Jay began hosting The Tonight Show, even as a guest, he met Mavis, and the pair instantly hit it off. She recalled first meeting him in January 1976, at the famed Los Angeles Comedy Store in a 2014 interview with The Los Angeles Times. She said she was writing some comedy of her own when she was seated in the front row and saw Jay and thought he was “gorgeous.” She recounted their first meeting. “When he finished his act the night we met, I needed to go to the ladies’ room. What I didn’t know was in the Comedy Store back then, that area was the only place for the comedians to hang out. So when I came out of the bathroom, he said, ‘Are you that girl in front?’” she said, before noting that it “gradually evolved.”

Even though Mavis said she had never planned to get married, she said that part of the reason they chose to get married was so she could get on Jay’s insurance policy, which he admitted was “not the most romantic,” but it’s clearly worked out well because they’ve been married ever since. The marriage has clearly paid off, and the comedian has gushed about his wife on plenty of occasions. Jay spoke about the marriage advice he gives people in a 2019 interview with People.  “I always tell guys when they meet a woman: Marry your conscience. Marry someone who’s the person you wish you could be,” he said.

3. Mavis decided not to have kids

Throughout their 42 years of marriage, Jay has never had children. Mavis admitted that she didn’t want kids when he was profiled for The Washington Post in October 2014. She also admitted that she didn’t plan on having kids when interviewed for The LA Times. She spoke about watching the marriage dynamics on classic shows like The Honeymooners and wasn’t a fan of the way that men spoke about their spouses. “These men spend all their time talking about what a drag the wives and and asking how can they get away from them. It’s perfectly obvious the women are the ones trapped,” she told The Post.

While she changed her mind on marriage, she’s held her beliefs on parenthood resolute. “I remember telling my mother when I was 7 or 8 that I was never going to get married or have children,” she told the outlet. “To me, this is the way women get caught.”

D’Sean Perry: Everything To Know About UVA Football Player Killed In Shooting

While her husband is a funny guy, Mavis has her own endeavors, and they’re quite serious. She’s been on the board of directors for the Feminist Majority Foundation since 1997. She’s still the chair for the “Campaign For Afghan Women and Girls,” according to the organization’s website. She was very vocal against the Taliban’s treatment of women and has continued to campaign for equal rights for women in Afghanistan. Mavis made numerous media appearances to try to spread the word about her campaign and efforts.

Being married to a comedian isn’t always easy. Even with success, there are often many nights on the road and late evenings at clubs. Despite the hardships, Mavis said that early on in, it helped make their relationship stronger in her interview with The LA Times. Going through hard times, she said that Jay being “genuine” is part of why it worked so well. “However steadfast your feelings for each other, your life circumstances are going to go all over the place,” she told The Times.

Mavis also spoke about the former late-night show’s love of comedy as an important part of him in the 2014 Washington Post profile, when saying he had no plans to slow down. “First of all, he loves doing it better than anything else he does,” she said. “The whole male side of his family is like that. I think that whatever he had done for a living, he would be doing it still, and doing it until he dies.”