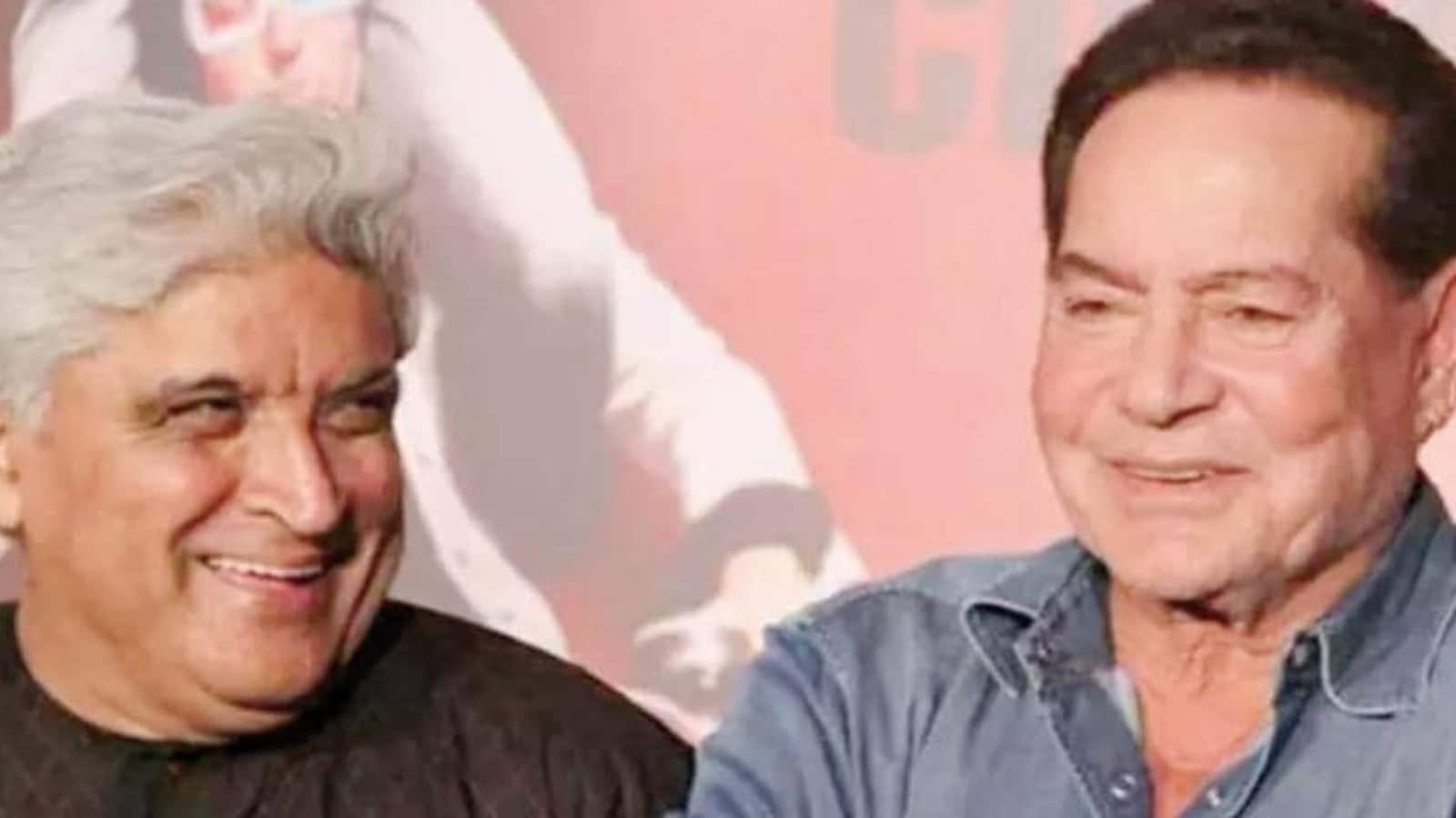 Salim Khan and Javed Akhtar worked together as screenwriters for some of the most iconic Bollywood films such as Sholay, Don, Deewaar and Zanjeer, among many others. In a new interview, Javed spoke about their partnership and how Salim had encouraged him to become a screenwriter in the first place. The lyricist also spoke about how they parted ways after working together for more than a decade. Also read: Javed Akhtar joins wife Shabana Azmi, ex-wife Honey Irani for the perfect family pic with their kids. See here

In the recent interview, Javed also revealed that before becoming a writer and lyricist, he wanted to become a film director. Javed said he was working as an assistant director and dialogue writer in the 1966 film Sarhadi Lutera, when he became friends with Salim, who is actor Salman Khan‘s father. Salim was playing a small role in the film.

In an interview with BBC News Hindi, Javed Akhtar said about his friendship with Salim Khan, “Salim saab unn chand logo mein se the jo mujhe boht encourage karte the… Agar shayad main kahin aur reh raha hota toh itni mulaqat na hoti unse lekin ab paas mein mujhe mil gaya kamra toh main aksar chala jata tha (Salim was one of the few who would encourage me. Had I been living somewhere else, we might have not met often, but because I got a room close to his home, I would often visit him).”

Further speaking about his association with Salim Khan, Javed recalled why they drifted apart and stopped working together. He said that once they became successful, their individual lives became bigger than their bond. “Shuru mein jab hum nakaam log the, struggle kar rahe the, toh bilkul ek the. Koi humare aur dost nahi the, hum hi baith ke subah se shaam tak kaam karte the. Shaam ko bhi saath the, raat ko khana bhi saath hota tha. 24 mein se 15-16 hours toh saath hi hote the… Jab kamyabi ayi, toh naye naye log zindagi mein ana shuru ho gaye aur voh circle dheere dheere alag ho gaye. Toh voh mental rapport tha humara, voh toot gaya. Toh fir woh kaam nahi ho sakta tha (In our struggling days, we were one tea. We did not have any other friends, we would work together from morning till evening. We would even have meals together. Out of 24 hours, we would spend 15-16 hours with each other. But as we became successful, new people came into our lives and our friend’s circle got separated. The mental rapport we had was broken. We could no longer work as a team).”

Arguably one of the most influential and powerful writers in Hindi film history, Salim-Javed (as they came to be known) were responsible for creating the ‘angry young man’ persona seen in many Amitabh Bachchan films from the 1970s and 1980s, an image that was defined by his 1973 film Zanjeer. Salim-Javed’s 1975 film Sholay remains one of India’s most iconic films to date.