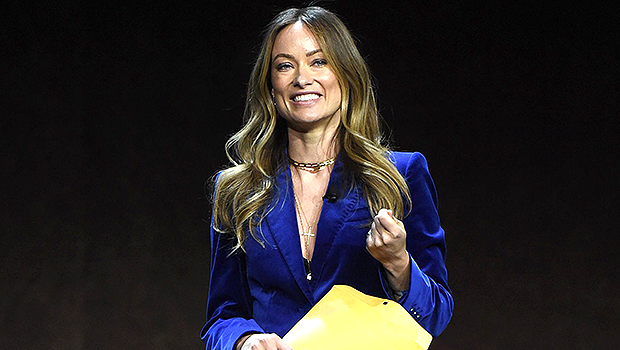 Jason Sudeikis, 45, is just as surprised as the rest of the world that ex Olivia Wilde, 38, was served legal papers at CinemaCon, according to a source close to the situation. “Jason was just as shocked as the rest of us when he found out Olivia was served at CinemaCon,” the source told HollywoodLife EXCLUSIVELY. “He knows that being a celebrity figure, you’re always in the public eye but he couldn’t have imagined it would go down the way it did.”

The source continued, citing Olivia and Jason’s children Otis, 8, and Daisy, 5, in the Ted Lasso star’s reported reaction. “Jason would never in a million years try to shame Olivia. She’s the mother of his kids and despite their relationship not working out he would never intentionally embarrass or humiliate her,” the source said.

Olivia was onstage at Warner Bros.’ CinemaCon event, held at the iconic Caesars Palace in Las Vegas on April 26, when she was reportedly approached by a woman with a large manila envelope. The woman placed the envelope on the stage and slid it towards the Life Itself actress, who accepted the papers unknowingly and asked, “This is for me?”

In separate comments, another source told HL that the envelope, marked “private and confidential,” contained papers specific to the couple’s children — and again claimed that Jason was unaware of the manner the papers would be served.  “[They were] papers were drawn up to establish jurisdiction relating to the children of Ms. Wilde and Mr. Sudeikis,” the source said. “Mr. Sudeikis had no prior knowledge of the time or place that the envelope would have been delivered as this would solely be up to the process service company involved and he would never condone her being served in such an inappropriate manner.”

Olivia and Jason split back in November 2020 after an eight-year long engagement during which the couple welcomed their two children. The BoJack Horseman alum moved on with Harry Styles, while Jason has been linked to model Keeley Hazell.