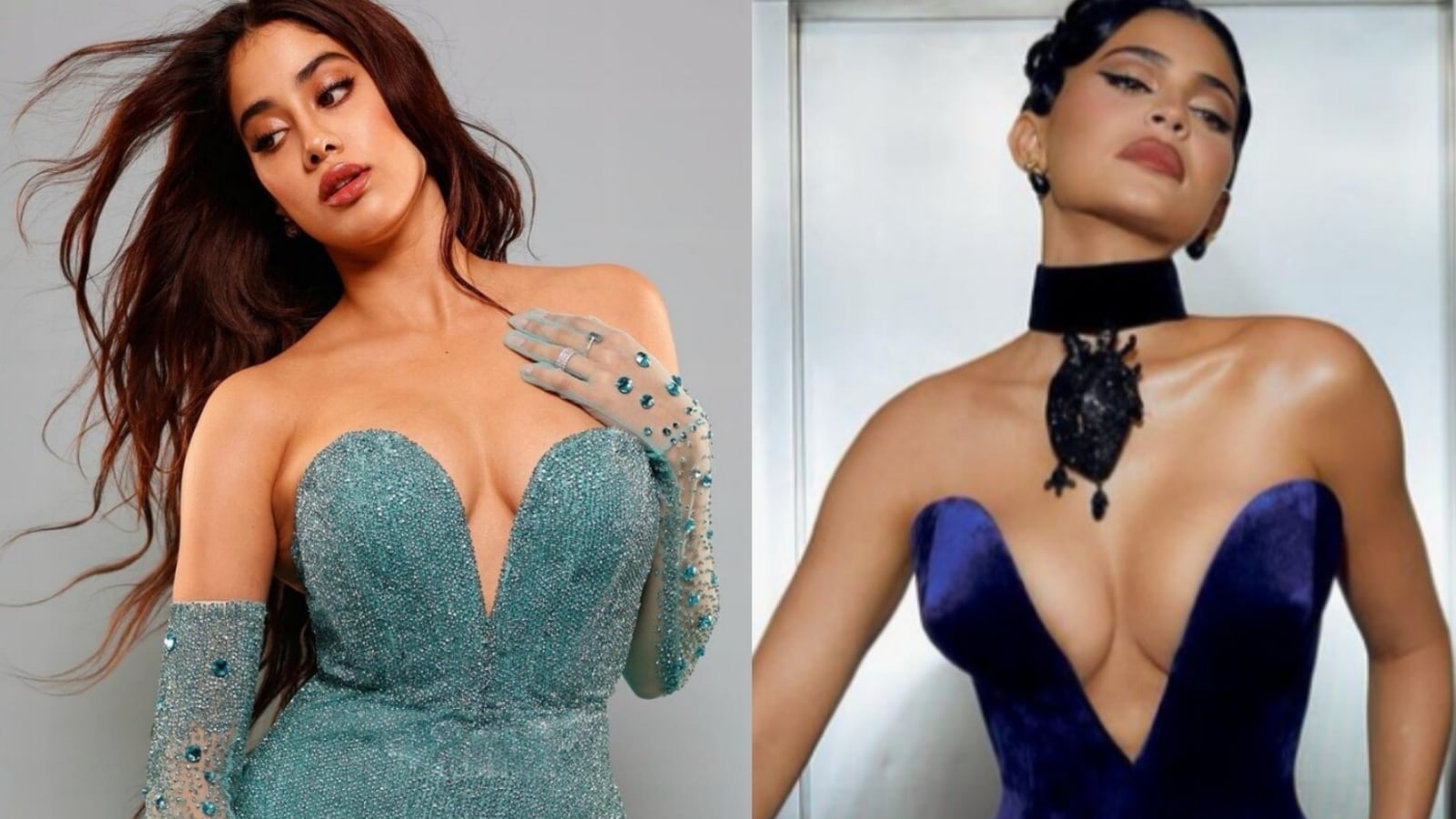 Actor Janhvi Kapoor turned heads at the Elle beauty awards 2022 and looked like a princess straight out of a fairytale. She wore a blue sequinned mermaid gown with a plunging sweetheart neckline. She further elevated her look with matching embellished gloves. Her look is a blend of painter Sandro Botticelli’s The Birth of Venus and Ariel from The Little Mermaid. Also read: Deepika Padukone, Kartik Aaryan, Janhvi Kapoor at awards event

She posted new pictures from a photoshoot and wrote, “The vision was Botticellis Venus meets The Little Mermaid.” Reacting to the them, a fan wrote, “You are gorgeous.” “Next Kylie Jenner,” added some other fan. Many also dropped heart and fire emojis in the comment section.

This is not the first time that Janhvi has been compared to Kylie. But, did you know once Kylie wished Janhvi on her birthday? It happened on an episode of Fabulous Lives of Bollywood Wives, starring Maheep Kapoor, Bhavana Pandey, Seema Sajdeh and Neelam Kothari. While speaking with cousin Shanaya about Kardashians, Janhvi received a sweetest gift from Kylie.

After Maheep came and asked Janhvi about a birthday wish that she got from Kylie, the Dhadak actor pulled out her phone. She showed her a video. “Hey Janhvi, it’s Kylie! We love you,” Kylie said in the video and blew her a kiss.

Janhvi’s last outing was Mili, which released recently. She will be next starring opposite Varun Dhawan in Nitesh Tiwari’s upcoming Bawaal. It is slated to release in April 2023. Janhvi also has Mr and Mrs Mahi with Rajkummar Rao, in which she plays a cricketer.