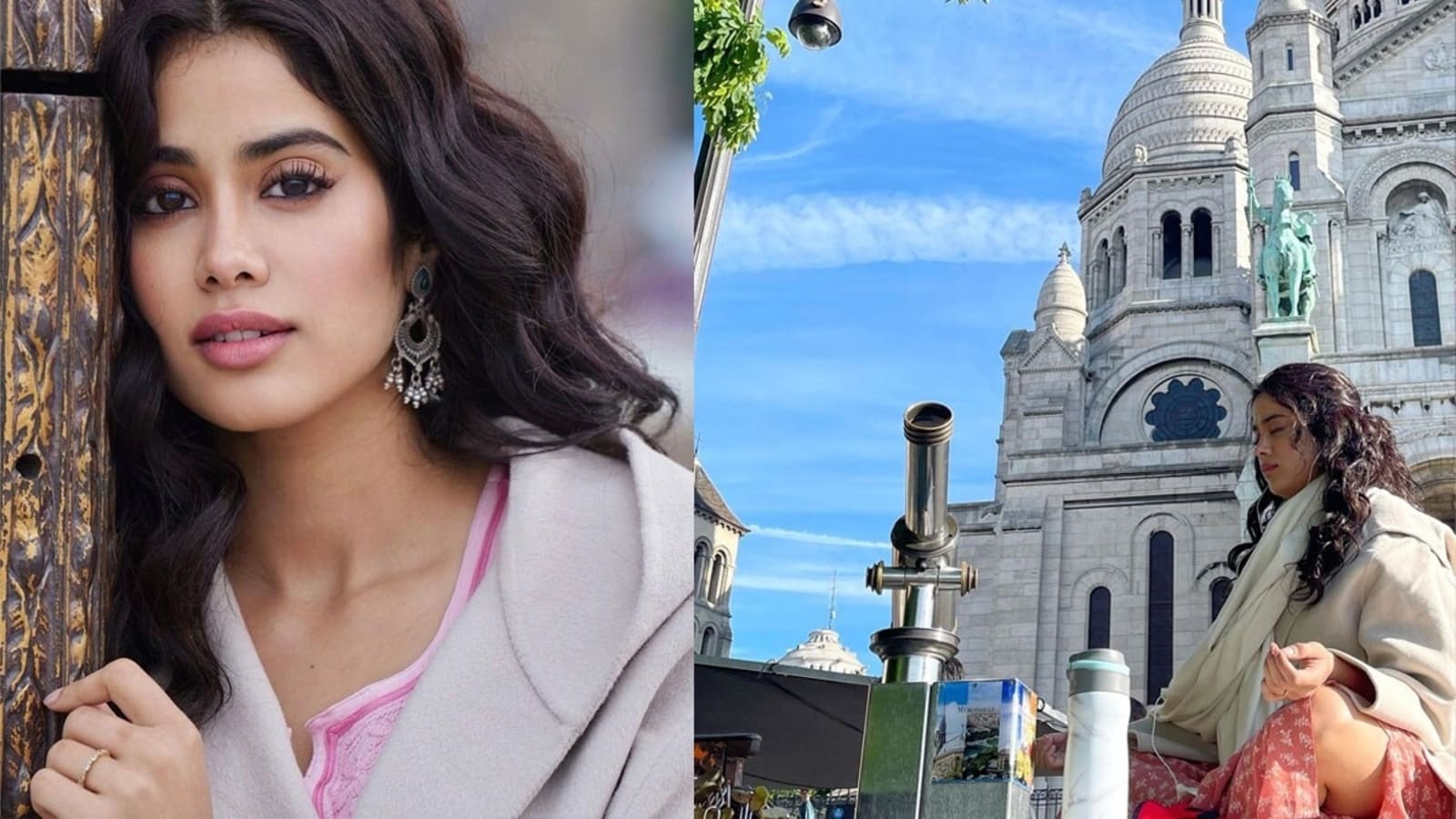 Janhvi Kapoor is currently in France and making the most of it. The actor has shared pictures from her sightseeing tour, during which she also took some time to meditate outside a church. She shared several other selfies and many pictures of the church. Also read: Aryan Khan unites with BFFs Ananya Panday, Shanaya Kapoor, Navya Nanda at Karan Johar’s bash, Janhvi Kapoor joins them

Janhvi shared pictures from her France trip on Instagram and captioned them, “vive la france (long live France).” Her half-sister Anshula Kapoor reacted to the post, saying “Fomo” to express her fear of missing out.

Filmmaker Sharan Sharma pointed out her picture of sitting in a meditation pose outside a church and said, “Please explain picture 5. Best.” A fan responded to his comment, ”She’s praying for wellness of her loved ones.” Another said she was probably “listening to Mani Ratnam music and doing yoga.” Many others also called her “beautiful” in the comments section.

Two days before, Jahnvi had shared a funny video of her doing the Naach Punjaban hookstep at a shopping centre. She had shared it with the caption, “Super market mein #Bawaal only because u dared me to @varundvn ab bolo #JugJugJeeyo.”

Last week, Janhvi had shared first pictures from her France trip. The actor was seen posing for pictures in the lap of nature. Anshula had commented on the post, “Miss youuuu bro.”

At present, Janhvi has quite a few projects in pipeline. She has shot a portion for Bawaal, in which she will be seen opposite Varun Dhawan. She recently started shooting for Mr and Mrs Mahi, which also stars Rajkummar Rao. The film is being directed by Sharan Sharma. She plays a cricketer in the film.

Janhvi has already completed shooting for Good Luck Jerry and Mili. She plays titular roles in both the films. She was last seen in 2021 film, Roohi with Rajkummar Rao and Varun Sharma. Mr and Mrs Mahi is her second film with Rajkummar.