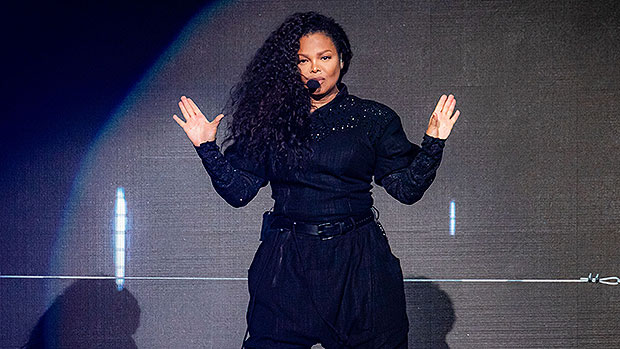 Janet Jackson, 55, has got moves for days! The superstar shared a video to TikTok where she busted out a routine from 2007’s “Feedback” on Wednesday, April 27 and the dance moves were just as iconic as they were 14 years ago. She was casual and stylish as usual, rocking a gray logo t-shirt from Aviator Nation and loose fitting black pants.

In rehearsals for #85DegreeWest Derby Night May 7th in Kentucky at @LynnFamilyStadium! 💃🏽 Can’t wait to see u guys there! Tickets at seatgeek.com/janet-jackson-tickets 😘

The rarely seen Rhythm Nation singer revealed that she’s in rehearsals for an upcoming show in Kentucky. “In rehearsals for #85DegreeWest Derby Night May 7th in Kentucky at @LynnFamilyStadium!” she teased. “Can’t wait to see u guys there! Tickets at seatgeek.com/janet-jackson-tickets,” she added, including a link to where fans grab a seat themselves. Notably, Janet’s State of the World Tour was her last series of live shoes in support of her Unbreakable album. The tour was postponed back in 2017 due to her pregnancy with only son, Eissa, now 5.

Janet Jackson: See Then & Now Photos Of Iconic Pop Star Through The Years

TikTok fans were loving the clip, and shared their support in the comments. “Do what you do best Janet!!!” one gushed, while another posted, “I definitely need to see you in concert again.” A third also said, “you are the dancing QUEEN” — they can say that again! Janet, of course, has been known for her impeccable dance routines since the ’80s, with her earlier work being choreographed by Paula Abdul. After Paula set out to carve out a pop career for herself, Janet’s close friend and dancer Tina Landon took over, pushing through a sexier era for the star with janet. and The Velvet Rope.

The sister of Michael Jackson has often described dance as a form of “self expression” for her, reflecting different chapters of her life — including breaking free as a teen with Control and exploring her sexuality later on with 1994’s janet. “Self-expression is my goal, I want to be real with my feelings. Singing and dancing and all the joy that goes with performing come from my heart. If I can’t feel it, I won’t do it,” she’s previously said.