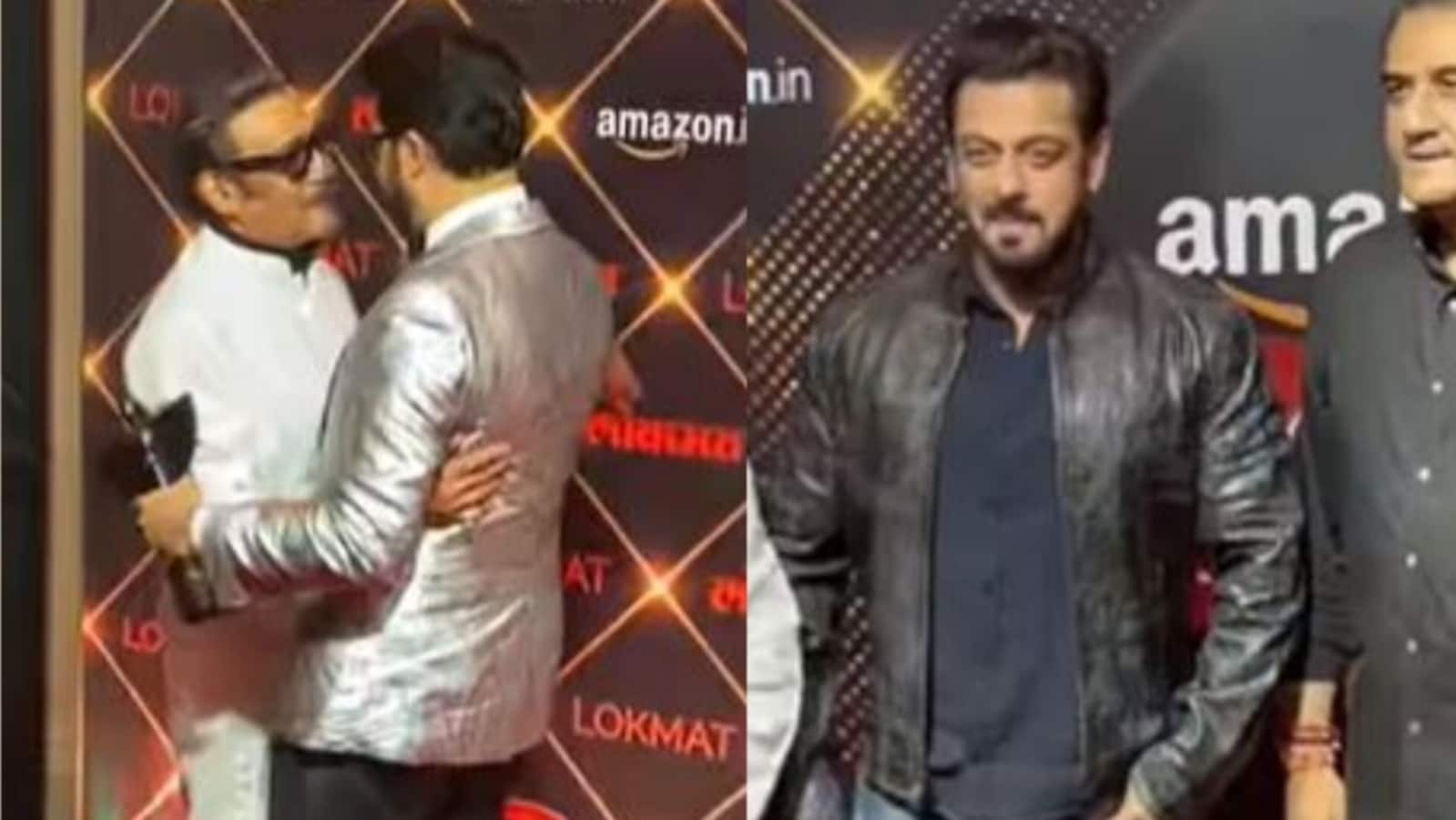 In a video shared by a paparazzo on Instagram, Abhishek arrived at the event and went to hug Jackie Shroff. They also shared a conversation as Jackie shook hands with him and also patted his cheeks. For the event, Jackie wore a white kurta and paired it with a matching dhoti. Abhishek opted for a white shirt, silver coat and black pants with matching shoes.

Salman Khan arrived at the event wearing a navy blue shirt, black jacket and denims. He smiled as he posed for pictures with several other people. Salman was also seen greeting and hugging Palak Tiwari. She opted for a black and white dress.

Jackie was recently seen in the comedy Atithi Bhooto Bhava, which also starred Pratik Gandhi and Sharmin Sehgal. He will be next seen in horror comedy Phone Bhoot alongside Katrina Kaif, Siddhant Chaturvedi and Ishaan Khattar. Helmed by Gurmmeet Singh, the film is all set to hit the theatres on November 4.

Abhishek Bachchan was last seen in the Netflix movie Dasvi alongside Yami Gautam and Nimrat Kaur. He will be seen in Ghoomer alongside Saiyami Kher. Ghoomer is being helmed by R Balki. Salman will be next seen in an upcoming action comedy film Kisi Ka Bhai Kisi Ki Jaan alongside Pooja Hegde. Apart from that, he also has Tiger 3 opposite Katrina Kaif, which is all set to hit the theatres on April 21, 2023.