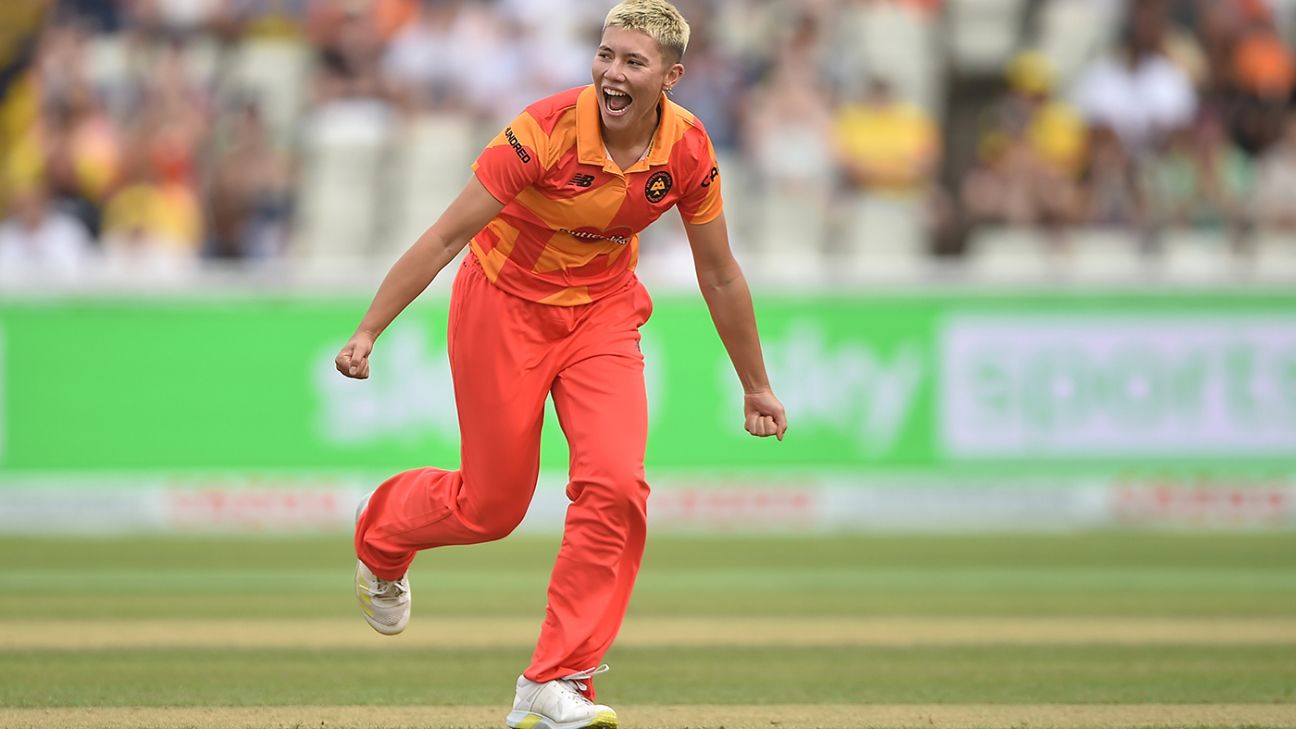 Hobart Hurricanes have pulled off a WBBL coup by poaching England fast bowler Issy Wong for the upcoming season.

Wong, 20, burst onto the WBBL scene last season playing for Sydney Thunder where she took nine wickets in 13 games at an economy rate of 7.28. She also produced one of the most stunning hitting displays of the tournament, thumping 43 off 17 balls with six sixes against Adelaide Strikers.

Wong has since made her international debut for England in all three forms during the 2022 season against South Africa and played in the Commonwealth Games.

She is currently playing for Birmingham Pheonix in the women’s Hundred under former Sydney Sixers coach Ben Sawyer with Hurricanes former coach and now high performance manager Salliann Beams seeing Wong up close while she is coaching Trent Rockets.

Hurricanes had lost the express pace of Tayla Vlaeminck who has headed home to Melbourne Renegades but have found a worthy replacement in Wong.

“I can’t wait to come back to Australia for the WBBL,” Wong said. “To be honest, it’s been a bit of a whirlwind since I got the call up to join the Thunder last year, and I can’t be more thankful for how that has helped me and my career.

“I had a great time at the Thunder last season, but I’m looking forward to joining the Hurricanes this year. We had a really great match against them at the end of last season, and they’ve got some more really experienced players who have come on board since then, so I can’t wait to meet everyone and get stuck into learning as much as I can.”