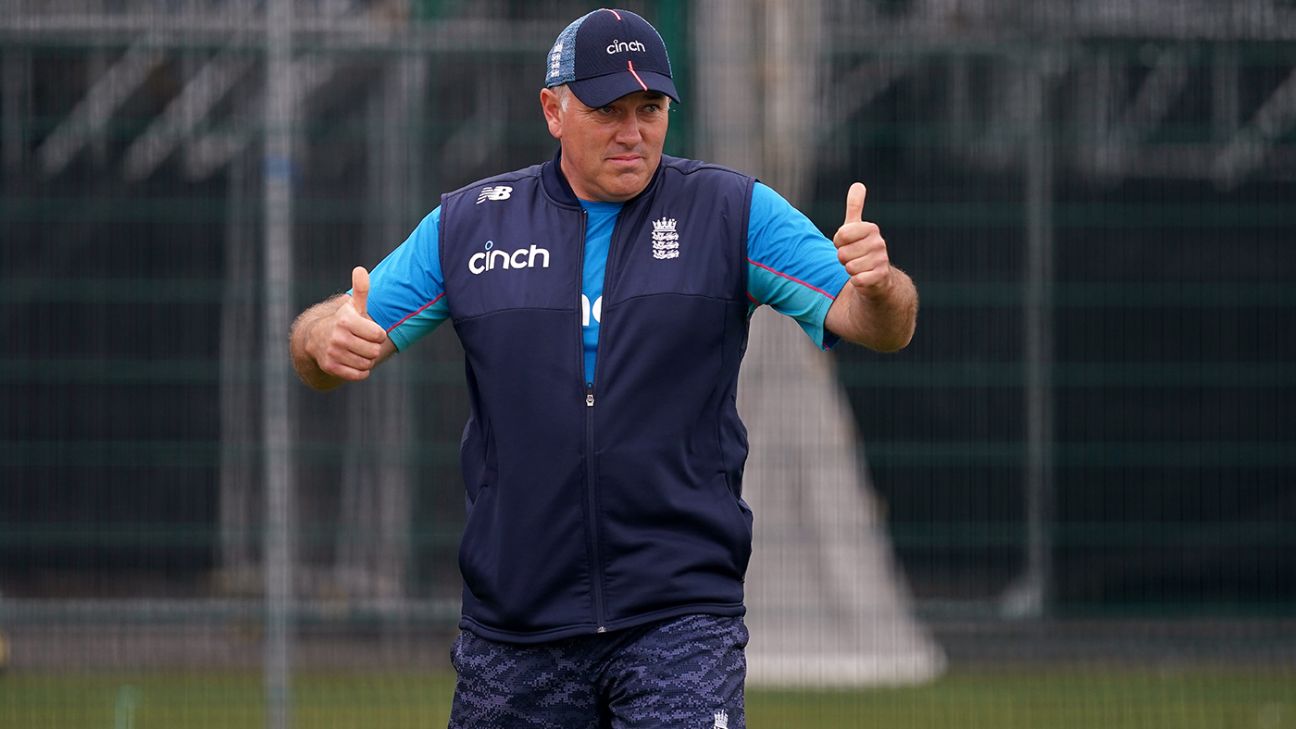 Covid continued to stalk England’s preparations for the Sydney Test with Adam Hollioake unable to join the depleted coaching staff as planned, a scare involving the net bowlers at the ground on Sunday and a positive test for head coach Chris Silverwood.

Hollioake, the former England ODI who now lives on the Gold Coast, had been due to join the squad which has seen Silverwood, pace bowling coach Jon Lewis, spin coach Jeetan Patel and strength and conditioning specialist Darren Veness all isolating in Melbourne. However he became a close contact and was forced into seven days isolation.

It was confirmed later on Sunday that Silverwood had now tested positive. “He will remain in isolation until January 8. Silverwood is asymptomatic and is fully vaccinated,” the ECB said in a statement. “He is expected to return to the England party in Hobart ahead of the fifth Ashes Test.”

During the team’s first training session at the SCG the net bowlers had to be withdrawn after one returned a positive test and the others were deemed close contacts.

Both squads have been undergoing regular Covid-19 tests since the first case emerged in the England touring party on December 27. So far Travis Head is the only case among the Australia squad.

England’s lack of coaches and net bowlers meant that captain Joe Root was among those who spent time giving throwdowns during today’s session. Assistant coach Graham Thorpe has taken charge for the Sydney Test supported by Ant Botha and James Foster.

“We’ve had a lot of support staff missing,” Zak Crawley said. “But the lads have all worked together today, we’ve tried to all help out. We’ve all pulled together and have pulled through.”

Crawley added that he would be comfortable if protocols were increased around the teams to ensure the series could be completed. Currently, the squads are under CA’s Level 4 restrictions which means they can still dine outdoors and have some level of freedom. New South Wales reported over 18,000 Covid-cases on Sunday.

“We haven’t got long left,” he said. “I can’t speak for everyone on that but I want to play the two Tests.”

Glenn McGrath has also tested positive meaning he will be unable to take part in events leading into the Test which raises money for the Jane McGrath cancer foundation.