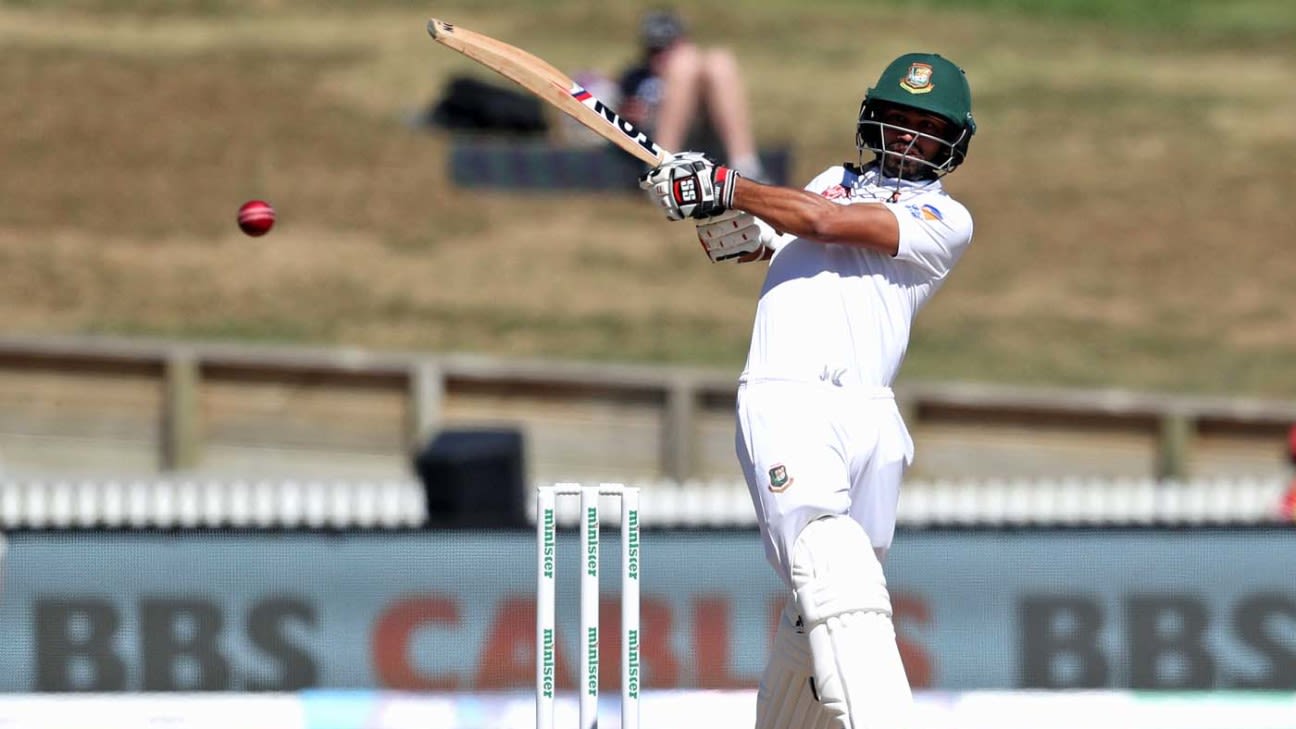 Bangladesh’s lead swelled to 361 runs as they went to lunch at 169 for 1 against Zimbabwe on the fourth day. Shadman Islam made 72 not out – his third Test fifty – while Najmul Hossain Shanto was unbeaten on 47.

At the start of the day, Saif Hassan and Islam batted at a sedate pace during their 88-run stand for the first wicket, putting together only the third fifty-plus opening partnership since 2008 when Tamil Iqbal wasn’t featuring in the Bangladesh XI. Hassan made 43 off 95 balls that included six fours.

The pair hit the odd boundary whenever the Zimbabwe pace attack bowled too short or wide. Hassan lofted Blessing Muzarabani through the covers before Islam caressed one on the opposite side before hitting the left-arm quick Richard Ngarava in front of square-leg.

But Ngarava hit back in his next over when Dion Myers took a sharp catch at gully to dismiss Hassan. The young opener’s quest for his maiden Test fifty continues.

Islam reached his fifty shortly afterwards, following it up with two more fours before Shanto spanked Kaia for a couple of sixes in the long-off.

Zimbabwe were earlier bowled out for 276 on the third day, despite being 225 for two after lunch. They lost their last eight wickets for just 51 runs as Mehidy Hasan Miraz completed his second five-for in overseas Tests. Takudzwanashe Kaitano top-scored with 87, becoming the highest-scorer among Zimbabwean openers on debut.