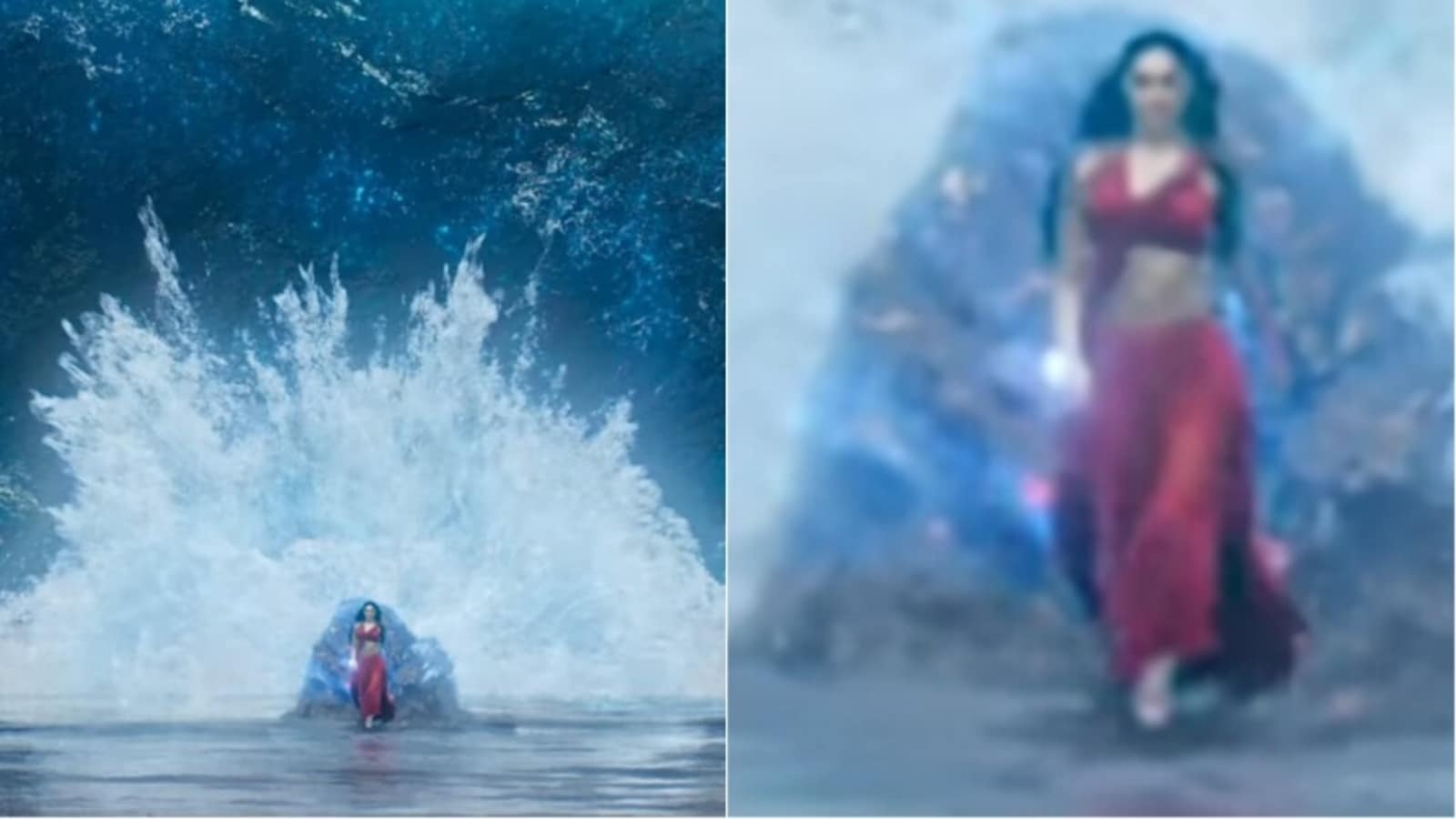 Brahmastra director Ayan Mukerji on Sunday again released the trailer of the upcoming film, but this time in 4K. Now, eagle-eyed fans are convinced that actor Deepika Padukone is a part of the film. Taking to Twitter, they shared close-up screenshots of the ‘jal (water) character’ in the Ranbir Kapoor and Alia Bhatt-starred, claiming that it is Deepika. (Also Read | Fans are convinced Shah Rukh Khan features in Brahmastra trailer: ‘SRK is here with Hanuman-Astra’)

In the trailer, a mysterious woman is seen walking out of a river as a huge wave follows her. Blue energy radiates from her hand. The character is dressed in a red saree and matching blouse with jewellery on her feet. However, a clear glimpse of the woman was missing from the trailer.

Sharing pictures of the character, a fan tweeted, “Jal (water) character from #Brahmastra seems to look like Deepika Padukone (blue energy coming out from her hand). While 2nd pic is of Mouni Roy (carries a red stone).” Another fan wrote, “It’s Deepika only.” A tweet read, “DP or KA? If DP then release it asap.”

“This is #DeepikaPadukone In #BrahmastraTrailer. My queen, that’s her face shape. Now we will see her on the big screen in her full glory,” said a person on Twitter. A fan shared several pictures and said, “Well we know who it is now. #BrahmastraTrailer.”

Earlier, fans had spotted actor Shah Rukh Khan in the Brahmastra trailer. According to them, the person holding up a trident, with fire around him, and the one with the supernatural lightning creature of Lord Hanuman behind him, was the actor. It was also announced that Shah Rukh will have a cameo role in Brahmastra.

Brahmastra stars Ranbir Kapoor, Alia Bhatt, Amitabh Bachchan, Nagarjuna, and Mouni Roy in the lead roles. The film is ready to hit the theatres on September 9 this year. Fans will be able to watch the film in both 2D and 3D.