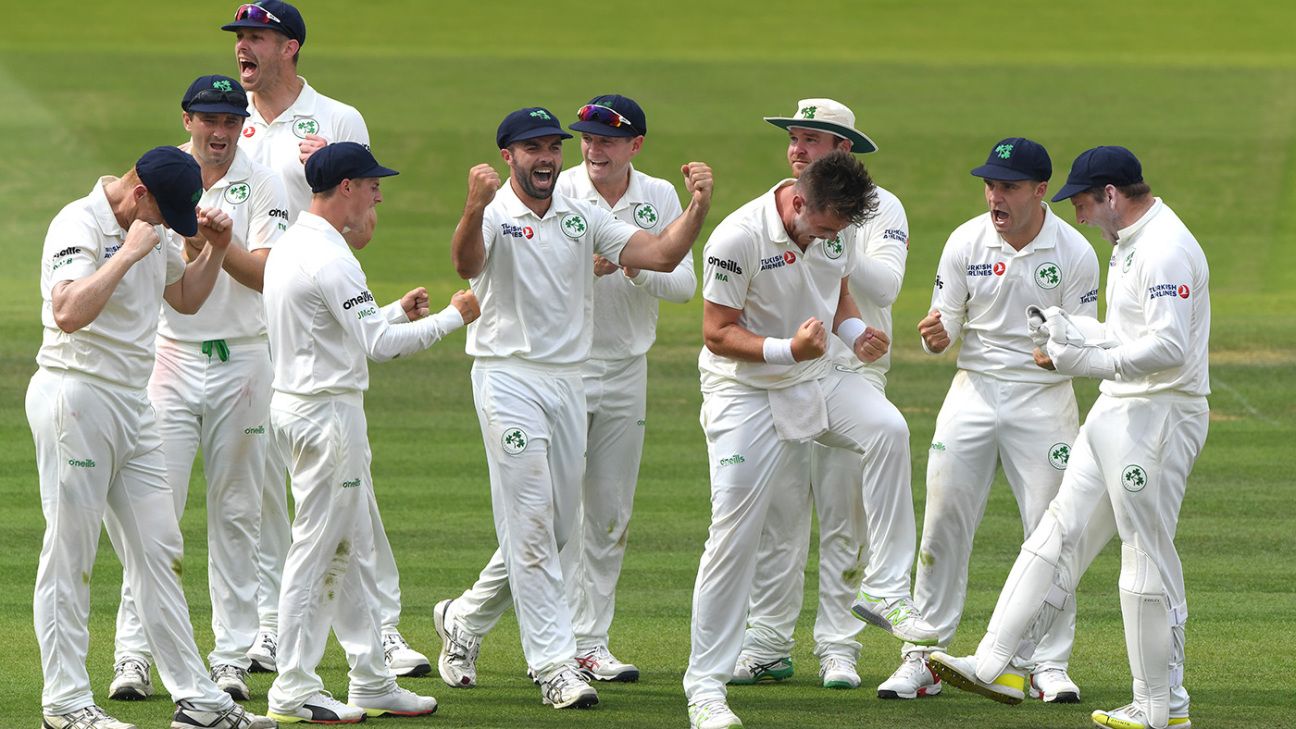 Ireland will play their first Test match against Bangladesh during their tour of the country in March and April, a visit that also includes three ODIs and three T20Is. It is Ireland’s first bilateral tour of Bangladesh since 2008.

Ireland are scheduled to arrive on March 12 and, after a practice match, they will play three ODIs in Sylhet on March 18, 20 and 23. The teams then move to Chattogram for three T20Is on March 27, 29 and 31. These series follows six white-ball matches against England at home, making March quite a busy month for Bangladesh. The one-off Test against Ireland will be played in Dhaka between April 4 and 8.
Ireland have played only three Test matches, the last of which was in 2019, and Cricket Ireland chief executive Warren Deutrom said they were keen to make a comeback in the format.

“We are delighted to confirm Ireland men’s seven-match, multi-format tour of Bangladesh – and thank the BCB for their cooperation and support in agreeing this month-long tour,” Deutrom said. “Since the two sides first met in 1997, there has been a great on-field rivalry formed and we look forward to what looks set to be another competitive series.

“Of particular interest to players and fans alike will no doubt be the last fixture on the schedule – the match marks Ireland’s return to playing Test cricket. It will undoubtedly be a challenging experience in Asian conditions for our squad, but it will be invaluable to our players’ development knowing that we will be playing a great deal of cricket in Asia over coming years.”

BCB chief executive Nizamuddin Chowdhury said the series was a reaffirmation of Bangladesh’s “commitment to the ICC FTP”.

“Ireland’s visit to Bangladesh is another exciting event in our home season after the series against India and England,” Chowdhury said. “The BCB and Cricket Ireland have a cordial and strong relationship and the two boards have worked very closely to arrange this bilateral tour despite the challenges of a busy international calendar. This is also a statement of the BCB’s commitment to the ICC FTP.”

Bangladesh are also scheduled to tour Ireland in May.